From pioneer to laggard: Animated film in Germany 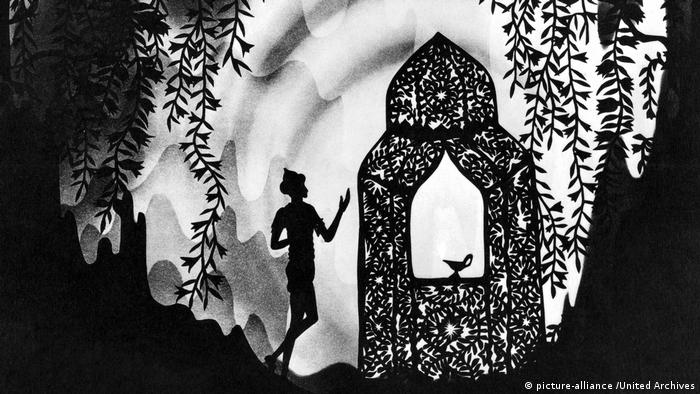 Dancing matchsticks are the stars of the "The mysterious matchbox" (Die Geheimnisvolle Streichholzdose). They arrange and rearrange themselves into shapes, meticulous movements captured frame by frame.

"It was an era when animators were producing drawings in their bedrooms alone at night," says Rolf Giesen, an animated film researcher and historian. In Germany, it was "the small manufacturers" that drove technological developments, Giesen explains, whereas in the US the industrialization of film was taking place.

In the 1920s Germany became an incubator for avant-garde animated film, with boundary-pushing artistic movements such as Bauhaus and Dada influencing the genre. Animators boldly attempting to create "absolute film" played with color, tone, geometry and shadow.

This new artistic freedom leads to many new animated films. Europe's first feature-length was produced in Germany: The Adventures of Prince Achmed (1926) by Charlotte "Lotte" Reiniger, a paper silhouette specialist. She took her inspiration and motives from the Arabic folktale collection Arabian Nights. 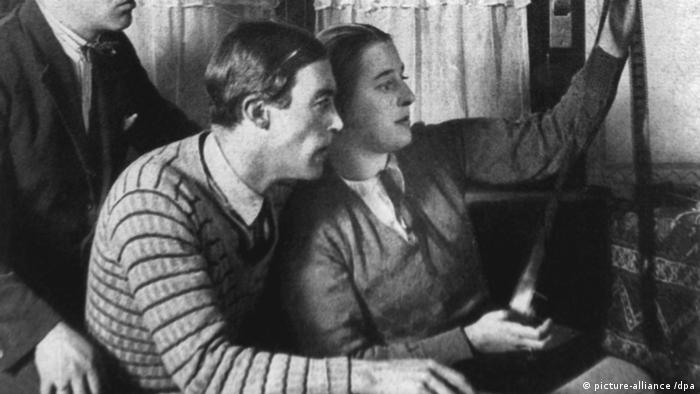 Since such creative films hardly proved profitable, animators turned to the exploding advertising industry. "Animators earned most of their money through filmed ads. Soups, canned goods and liquors were all promoted," Giesen says. In fact, most people went to the movie theaters for the ads, not for the films themselves, he adds.

Germany's creative and experimental animated-film era lasted from the end of World War I through the start of the 1930s. It resulted in many films and technical advancements, and German artists enjoyed artistic freedom. But it came to a decisive end.

With the start of the Nazi dictatorship, all art that failed to meet the regime's taste, in particular the abstract and modern, was branded "degenerate." The last abstract animated film that was shown in Germany was Tanz der Farben (1939), or "Dance of the Colors," by Hans Fischinger. Many animators could not or refused to come to terms with such attacks. Some emigrated alongside other film creatives in the 1930s. Others found ways to situate themselves within the Nazi power structure. 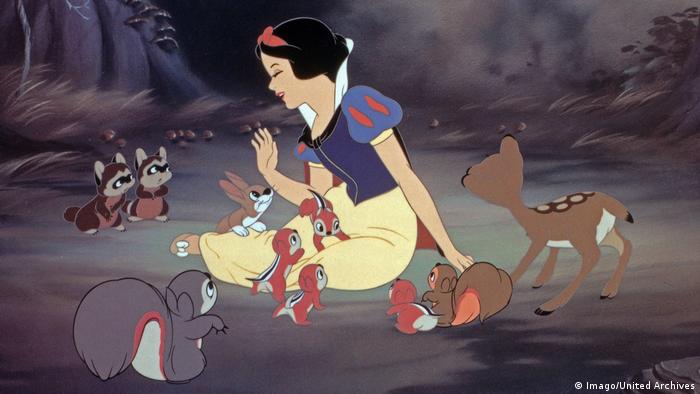 The Nazi leadership was set on showing this 1937 Disney film in German cinemas. "Snow White and the Seven Dwarfs was the high point," Giesen says. "Two [German] film production companies, Bavaria Film and Ufa, fought each another for the licensing rights. Disney demanded a lot of money. It was a daunting price. But it was Hitler's favorite movie. And it was clear that it should also run in Germany."

However, a boycott of German films was soon introduced in the US, and the outbreak of World War II followed not too long after in 1939. The Nazis decided to stop showing Disney films in Germany and set their sights on boosting domestic film production instead.

"Around 1939 or 1940 Goebbels saw a second American animated film, Gulliver's Travels, and then he thought, Germany could also build such an animation industry that would be in a position to become the European leader," Giesen says.

The Deutsche Zeichenfilm Company ("German Animated Film") was consequently founded in 1941. It received millions in financing. A giant studio was built and some 200 employees hired, but a mistake was made: Instead of hiring experienced directors, animators and artists, ranks were filled with Nazi loyalists, young and fresh from design school but who had little knowledge about filmmaking.

The result was a single short film: Armer Hansi, the story of a canary bird who flies out of his cage and is so scared by the freedom and adversity he encounters that he ultimately flies back into his cage.

"That was the line of thought back then. That's what was seen as good, that you are safe in your cage, in a dictatorship," Giesen says. Despite the great amount of effort invested into the film, it only achieved middling success, he added.

The Nazis wanted less to create direct propaganda than they wanted to depict a safe and idyllic world and to distract from the worries and hardship of war. However, their attempts to build a large animation industry failed.

At the same time, they supported studios in many of the territories of Europe that they occupied, including the Netherlands, Denmark, Belgian, France and Czechoslovakia. "[These countries'] productions were suddenly much better than the Germans'," Giesen said. Feature-length color productions began to be made, especially in Denmark.

After 1945, animated film production suddenly blossomed across Europe — just not in Germany.

Looking back at animated history

Today, Germany lags behind other countries when it comes to developing new animated technologies.

There are also very few experts and collections dedicated to the genre, but the German Institute for Animated Film (DIAF) in the eastern German city of Dresden is one exception. Founded in 1993, it undertakes archival, curatorial and scholarly research. One of its goals is to compile the history of German animated film into a comprehensive online chronology.

Most films from Germany's early animation years were destroyed or have disappeared. The trajectory of the country's animated film industry remains an area for further exploration.

Lotte Reiniger used paper, scissors and a special table to create the first animated films. Today, her work is better known abroad than in her native Germany. (07.08.2012)

Festival of Animated Film brings magic to the silver screen

From films drawn by hand to those made using digital techniques, the unique festival in Stuttgart has plenty to offer visitors. Screening over 1,000 films, the festival knows no limits when it comes to style and content. (03.05.2017)