Two German filmmakers can hope for an Academy Award in the animated shorts category: Jakob Schuh and Jan Lachauer's film "Revolting Rhymes" is among the 10 works that qualified to move forward in the voting process. 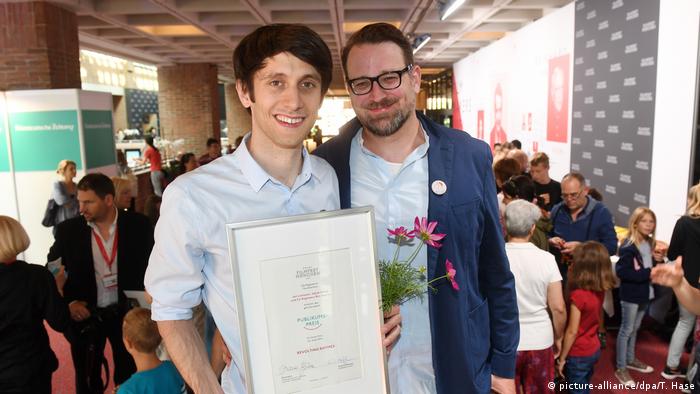 The Academy of Motion Picture Arts and Sciences revealed on Monday the 10 animated short films that will be considered for final nominations.

From this list of 10 works, chosen from 63 films that qualified for consideration, five titles will be selected for the final short list and announced alongside all other Oscar nominations on January 23, 2018.

German filmmakers Jakob Schuh and Jan Lachauer's "Revolting Rhymes" made it onto the shortlist. Their animated short film, produced by the British company Magic Light Pictures, is based on the book of the same name by British author Roald Dahl. In the movie, popular fairy tale characters such as Snow White, Little Red Riding Hood and the Big Bad Wolf meet.

The Munich-based filmmakers studied at the Filmakademie Baden-Württemberg.

Both directors have previously been nominated for short film Oscars: Jakob Schuh in 2011 for "The Gruffalo," co-directed with Max Lang, and Lachauer and Lang for their animated film "Room on the Broom" (2014).