A new, curated compilation of the Mexican artist's 152 paintings — including lost and lesser-known pieces — focuses on Kahlo and the stories behind her works. 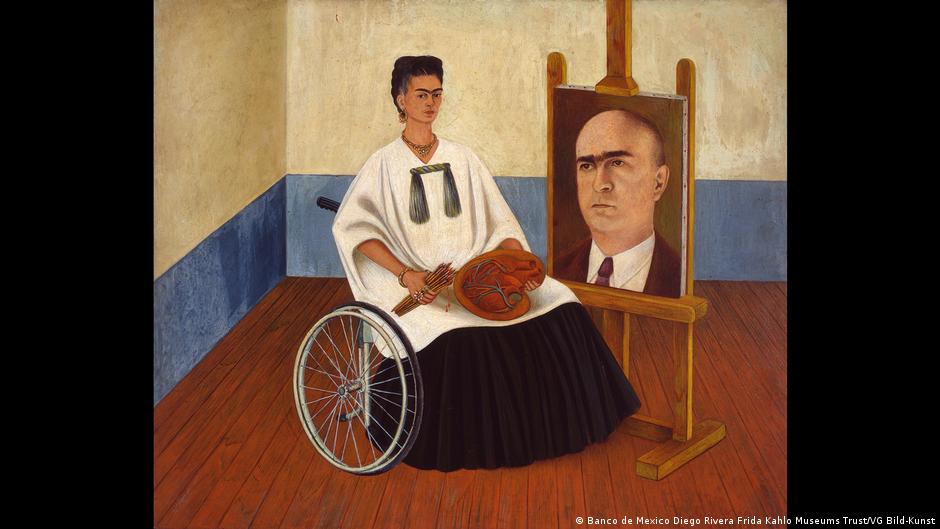 In 1951, Mexican artist, Frida Kahlo wrote in her diary: "I've been unwell for a year. Seven operations on my spine. Dr. Farill saved me. He gave me back my joy in life. I'm still in a wheelchair and I don't know how soon I'll be able to walk again… But I do want to live. I've already started the little painting I'm going to give Dr. Farill and am doing it for him with the utmost affection."

That "little painting" is the picture you see above. It would also prove to be the last self-portrait Kahlo painted to which she added her signature.

But who was this Dr Farill? Why is Kahlo dressed the way she is? What has Catholicism got to do with that palette on her lap? Wait, is that a palette or a heart?

Have these questions prompted you to look closer? 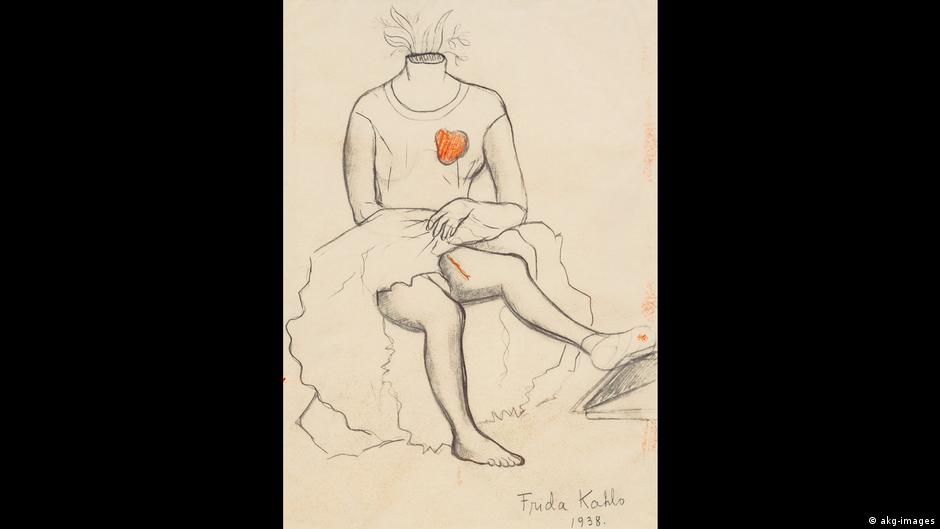 The answers lie in an expansive book on her works titled, Frida Kahlo: The Complete Paintings, published by Taschen.

Triggered by the lack of comprehensive art history on Kahlo's work, Mexican art historian Luis-Martin Lozano and his co-authors Andrea Kettenmann and Marina Vazquez Ramos embarked on this ambitious project to give people a deeper understanding of Kahlo, the artist.

He added that some of her works have "amazingly" never been written about. "Never, not a single sentence!" Others were either wrongly titled or dated. "It's a mess as far as art history is concerned," Lozano said.

His book is a study of each of Kahlo's 152 paintings done between 1924 and 1954, identified by their origins and exhibition history. Paintings that were destroyed or whose present whereabouts are unknown are identified only by photographs. 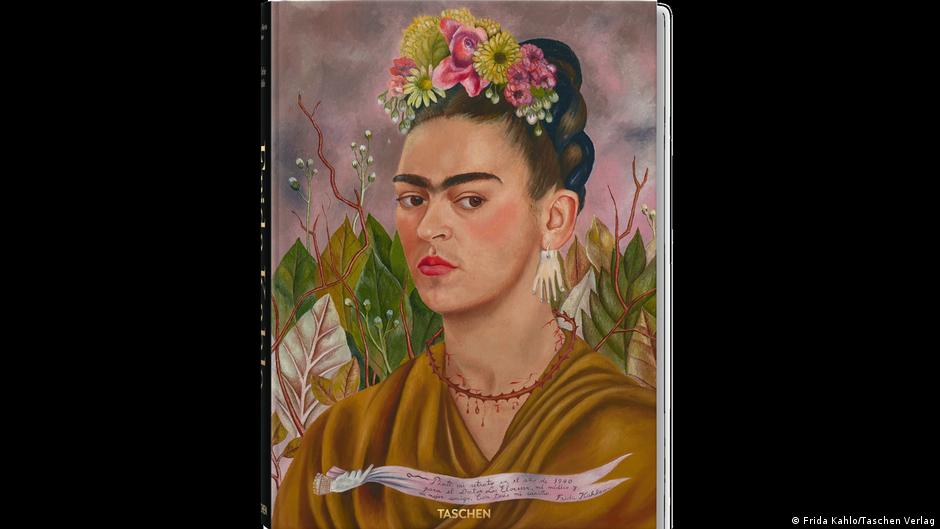 Beyond her renowned portraits

Mention Frida Kahlo, and chances are her arresting self-portraits come to mind first: the one in which she stares unflinchingly at the viewer, clad in traditional Mexican garb and eye-catching accessories, braided hair worn up and adorned with flowers, her trademark unibrow and hint of mustache bucking conventional beauty ideals.

Forming a third of her entire works, these self-portraits — sometimes her unibrow alone suffices — have long been money-spinners, adorning assorted paraphernalia from flowerpots to yoga cushions to yes, even face masks, as collectibles for Frida fans.

Much has also been documented about Kahlo's life-altering accident at age 18, which saw her bed-ridden, bored and turning to art for emotional release; her rocky relationship with fellow Mexican artist Diego Rivera, which involved infidelities on both sides and, in her case, with both sexes; her heartbreak at motherhood eluding her; her passion for flora and fauna; and her inimitable style influenced by her Mexican heritage and her fierce individuality.

Labeled and embraced by turns as a style/feminist/LGBTQ/cult icon, Kahlo's storied life ironically tended to divert attention from her journey as an artist and the history behind her art, Lozano feels. People either viewed her paintings through the lens of her publicized private life or are overwhelmingly drawn to her better-known pieces. 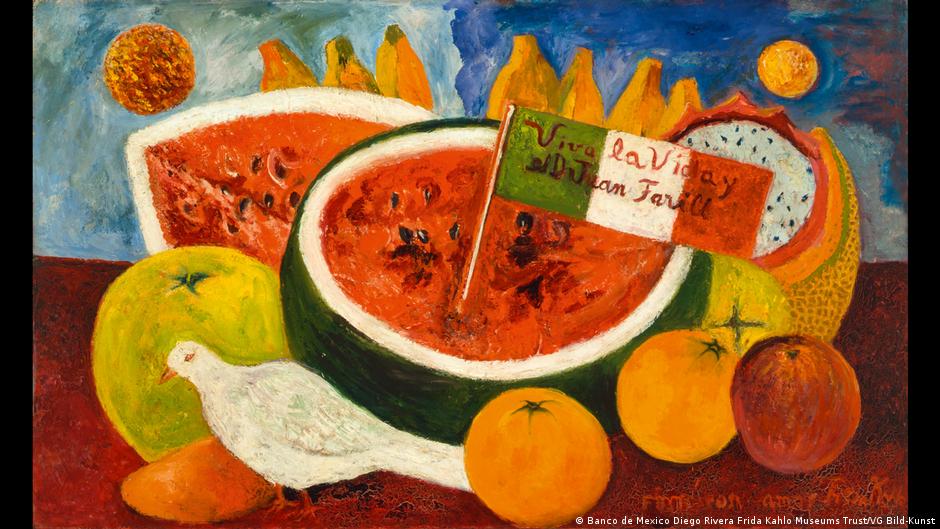 Kahlo dedicated and gave this still life to her surgeon, Dr. Juan Farill whom she highly respected

Totaling 624 pages, this tome is an eye-opener not just for fans but also for the uninitiated.

Readers may be surprised by many of her lesser-known or overlooked works "that may not be associated with Kahlo," in Lozano's words. These include pencil sketches such as Showing the Scar (1938), still-life paintings including Long Live Life (1953), surrealist pieces like What the Water Gave Me (1938-39), and early portraits that differ in style and rendition from her renowned later, lusher works. 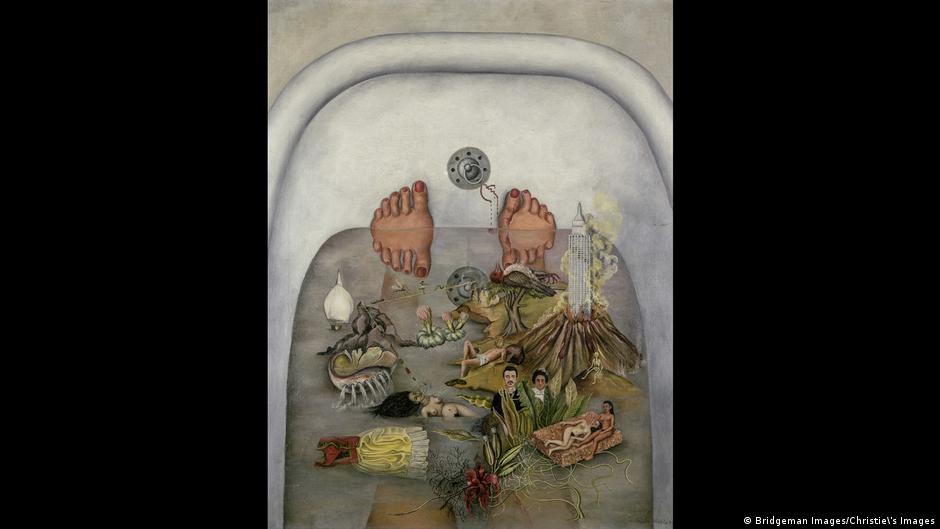 However, the heart of this book is the catalog that runs over 100 pages, where Lozano and his colleagues have painstakingly researched the history and context, and sometimes even the timelines of ownership of Kahlo's works.

What emerges are stories that sometimes reveal the mundane in an artist's life. For instance, that the painting Ixcuhintli Dog with Me (Self-portrait with Xoloitzcuintli Dog) that she painted around 1938, had been painted over a previous picture.

Piecing together other circumstances in her life then, historians speculate that she reused the canvas as money may have been tight and she may have been pressed for time to deliver pieces for an exhibition. 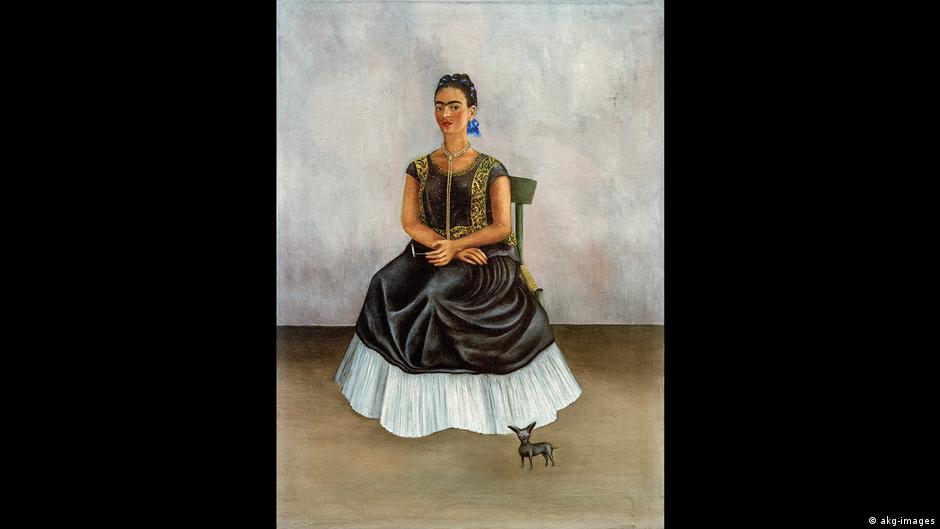 Consider the other piece that she bequeathed to her beloved orthopedic surgeon, Dr. Juan Farill, titled Still Life (Still Life Dedicated to Dr. Juan Farill). On the little Mexican flag pierced into the watermelon she had written, "Long live life and D Juan Farill."

Older photos of the piece reveal that she had originally written "Juanito" — a more informal way of addressing people in Spanish. However, she might have had second thoughts about being over-familiar with a man she highly respected, and thus painted over it resulting in a slightly smudged dedication.

Furthermore, the wealth of information on religious and cultural symbolism in her choice of colors, clothing, subject positions, fruits, animals, draw attention to the tiniest details, adding further layers to appreciating her art.

In all, the book underscores the journey of an art icon, who at the core was human and who sublimely captured her humanity on canvas.

Artist Frida Kahlo only rarely allowed herself to be photographed without her traditional Mexican dress. Now a German museum is showing some of the most intimate photos from her personal collection.

Highlights from the exhibition Frida Kahlo: Making Her Self Up

With Frida Kahlo: Making Her Self Up, London's Victoria and Albert Museum provides insight into how the artist constructed her iconic persona. Here are a few of the items on show.