The environmental protection organization Greenpeace has long said genetically modified maize could be a health hazard. Now, in a new study, a group of French scientists have also expressed their doubts about the corn. 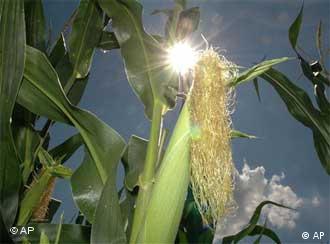 Dark days ahead for GM maize?

Greenpeace has warned about the potential dangers of genetically modified (GM) produce and maize for some time. On Tuesday they presented a study in Berlin to backup their claims.

Professor Gilles-Eric Seralini of the University of Caen said that according to studies by his group, CRIIGEN, Monsanto's maize type MON863 caused symptoms of poisoning and liver and kidney damage in rats that were fed the product during experiments.

"There are significant deficits in the statistic evaluation of the Monsanto report," Seralini said. 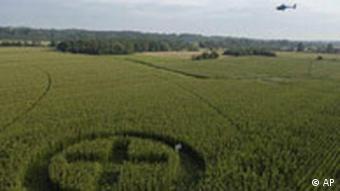 Greenpeace and Monsanto both said the other's studies were flawed

Greenpeace genetic engineering expert Christoph Then said the case shows that "German Consumer Affairs Minister Horst Seehofer must stop the sowing of GM seeds and the import of GM food in Germany."

MON863 has been cultivated since 2003 in several countries, including the United States and Canada.

The GM maize, which can be legally imported into European Union countries since 2006 as a food and feed product, contains a protein to combat plant pests, allowing farmers largely to grow their maize crops without having to use pesticides.

Seralini, however, said he found that GM maize produced around one kilogram of poisonous substances per hectare. He said that is more than farmers would use in pesticides.

The scientist also pointed out that Monsanto ran tests with animals fed with MON863 for only 90 days. Long-term studies do not exist, he said.

As safe as unmodified corn 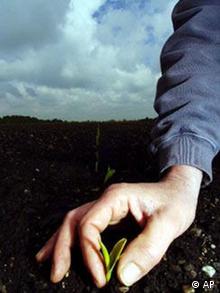 Andreas Thierfelder, spokesperson for Monsanto Agrar Germany, said Greenpeace had already been unsuccessful in several attempts to question studies done on the effects of MON863 in feed.

"But the allegations were refuted every time by competent authorities," Thierfelder said. He said the European Food Safety Authority and the German Office of Consumer Protection and Food Safety had evaluated Monsanto's experiments with GM feed.

Monsanto Germany's spokesman said the authorities had found that "MON863 to be as unquestionable for health and the environment as conventional maize."

The discovery of genetically manipulated rice in supermarkets in southwestern Germany has for the first time been officially confirmed by agricultural authorities, after EU reports of GM rice elsewhere in the country. (14.09.2006)

EU leaders Thursday stressed the need for more information and experience before further legislation can be passed on genetically-modified organisms, at the end of a two-day conference on GMOs in Vienna. (06.04.2006)