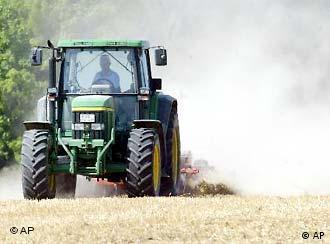 Monsanto and Pioneer Hi-Bred, which produce the three types of newly approved MON 810 seed for general use and sale by German farmers, hailed the decision as a break from the ideological agriculture policy propagated by former agriculture minister and Green party member Renate Künast.

"The seeds have been stuck in the system for a while," said Heinz Degenhardt of Pioneer Hi-Bred. "The regular approval process could have actually been finished a long time ago, if it was not slowed down for political reasons." 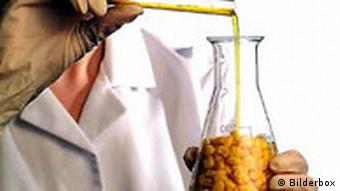 Künast's department blocked approval for the seeds -- which produce bacteria to kill corn pests found in parts of Germany while remaining safe for humans -- on several occasions and encouraged organic farming methods instead.

While new Agriculture and Consumer Minister Horst Seehofer told the Berliner Zeitung, "we want to promote modified foods," a ministry spokeswoman would only confirm that the policies were being examined.

However, many in the GM industry expect a number of changes to be made under Germany's new grand coalition government, with the conservative Christian Social Union's Seehofer at the head of the Agriculture Ministry.

"We are naturally expecting other political changes," Monsanto's Andreas Thierfelder said. "We are hoping the new government does what it said it would do and change the genetic engineering law."

GM crop producers said they hope changes to the law will give GM products the same status as non-modified products. Current practice "discriminates against those who use genetic technology" and keeps them from using new techniques to increase their harvests by calling for an increase in organic farming, according to Thierfelder.

A question of coexistence 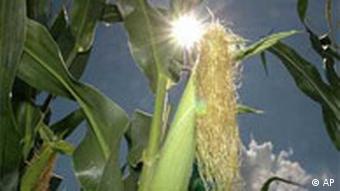 Peter Röhrig of the Ecological Food Industry Federation, on the other hand, said there are a number of factors that prevent coexistence from being a practical solution, and that it is consumers opposed to GM products who pay the price.

Some crops, like rapeseed, produce pollen that are able to fly far enough to make a non-GM harvest impossible, while even other GM crops, such as sugar beets, which don't produce seeds in fields, require special transportation and handling, making it difficult and costly to meet stringent requirements placed on organic food, Röhrig said.

Touted by government and industry officials as an innovative industry for German farmers, GM food opponents also argue the dangers of GM crops have not been subject to enough scrutiny before being put on the open market. 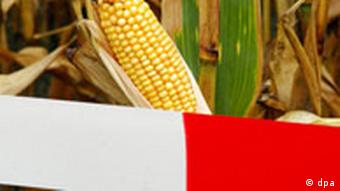 "There are short term studies done on mice and rabbits, but no long term studies with humans," Röhrig said, pointing out a recent case in Australia where two individually safe pea genes were mixed and became toxic. "There is still very much we do not know, and no one is looking for answers in a way would guarantee people's health over the long term."

Admitting that there is always a chance potential threat, seed producers insist that their products are as safe as others available on the market.

"There is no technology that is completely risk free," Thierfelder said. "But we think, and the approval authorities are also of the opinion, that the risk is justifiable."

While both sides quote from studies about the danger or safety of GM crops, Pioneer Hi-Bred's Degenhardt said he expects more of them to be officially approved for use in Germany.

"The German Federal Office of Plant Varieties approves between 15 and 20 types of corn each year for cultivation in Germany," Pioneer's Degenhardt said. "In the future there will also be approvals for genetically modified types, and that will become normal."

German environmental organizations appealed to the two main parties embroiled in coalition talks to stick to the nuclear phase-out agreement and to consider other ecological issues which the talks have yet to address. (Nov. 1, 2005)

The issue of genetically-modified corn strikes a nerve with many Europeans. To vent their indignation about the lifting of a moratorium, ecology campaigners protested at a GM cornfield near Berlin. (Aug. 3, 2005)