German environmental organizations appealed to the two main parties embroiled in coalition talks to stick to the nuclear phase-out agreement and to consider other ecological issues which the talks have yet to address. 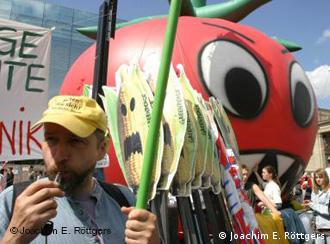 While representatives from Germany's two main parties ploughed ahead with coalition talks made more difficult by the departure of the Social Democrat (SPD) leader, Franz Müntefering, the country's leading environmental organizations on Tuesday outlined a list of demands for consideration in a new coalition deal. 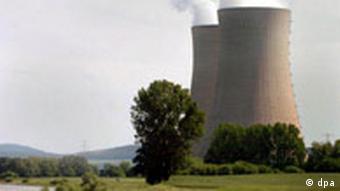 They appealed to the SPD to hold firm on past contractual agreements on the phase-out of nuclear power and not to give in to the influence of the Christian Democrats (CDU) or nuclear industry lobbyists on the issue of extending the lifetime of Germany's nuclear power plants. The SPD has said that it does not intend to go back on past agreements which foresee the complete phase-out of nuclear power by 2020, but the issue has not yet been completely settled in the ongoing coalition discussions with the CDU.

Environmental groups have welcomed the news that has emerged so far from the talks. A draft coalition deal obtained by Reuters revealed that the government aims to maintain its current commitment to the promotion of renewable energy and will leave all existing legislation in place until 2008.

But in a press conference on Tuesday, representatives from the German branch of Friends of the Earth and other environmental organizations, including Greenpeace and the World Wide Fund for Nature (WWF), drew attention to issues that have yet to be addressed, such as government policy on genetically modified crops, the promotion of more ecological forms of transport and maintenance of the country's nature reserves.

Brigitte Behrens, head of Greenpeace Germany, called for the issue of genetic technology not to fall under the responsibility of the ministry for economics.

"The SPD promised that genetically modified foods would not gain back door entry to Germany's agricultural economy," she said. "That would spell the end of organic farming in Germany."

Angelika Zahrnt, chairwoman of Friends of the Earth Germany, called for the new government to reassess its subsidies program.

"Subsidies that are damaging for the environment should not be part of the new government's budget," Zahrnt said. 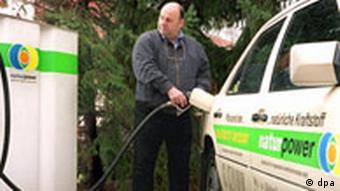 The new agreement could help push the development of greener fuels

She called on Peer Steinbrück, the SPD politician designated to be the next environment minister, to protect the environment and save money at the same time by introducing a tax on kerosene and reducing by half the current tax break given to German commuters.

To encourage German carmakers to be faster about bringing more environmentally-friendly models on the market, Zahrnt appealed to future Transport Minister Wolfgang Tiefensee (SPD) to introduce a motor vehicle tax based on the level of carbon dioxide emissions.

According to the draft coalition deal, the new government is already considering making it necessary for fuel to contain "green" ingredients such as ethanol.

The leaders of Russia and the European Union are meeting in London this week for a summit held against the background of deepening dependence on Russian gas and oil in the energy-hungry EU bloc. (Oct. 4, 2005)

The future of nuclear energy is set to be a key battlefield in talks between Germany's potential coalition partners with both bracing for a showdown over the emotive issue. (Oct. 30, 2005)

Should the conservatives win September's election, the renewable energy sector, which boomed under the Green party's influence, will be hit by changes. Opinions are clashing over what's best for Germany's economy. (Aug. 11, 2005)