A French court found the former presidential candidate and far-right politician had not broken hate speech laws by tweeting gruesome images of Islamist atrocities on Twitter. 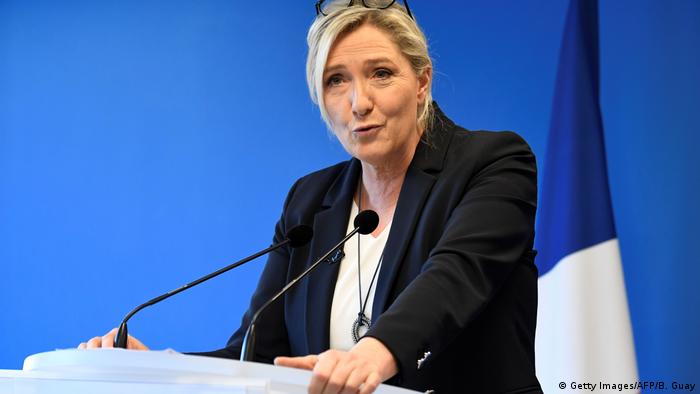 A court in the Paris suburb of Nanterre found that former presidential candidate and French far-right political star Marine Le Pen did not break hate speech laws by publishing gruesome images of Islamist atrocities on Twitter.

The charges stemmed from a tweet in late 2015. In the wake of Paris terror attacks, in which Islamists killed 130 people, Le Pen posted three images of atrocities committed by the so-called "Islamic State" (IS) terror militia.

These included an image showing the beheaded body of US journalist James Foley, which Le Pen claimed highlighted what she said was the absurdity of comparisons of her far-right political party National Front — now called "National Rally" — to IS.

"Daesh is this!" Le Pen wrote in a caption, using an Arabic acronym for IS.

What was Le Pen charged with?

Le Pen, who maintained her innocence throughout the trial, was charged under an article in the French penal code that prohibits the dissemination of violent messages that could seriously harm human dignity. Her National Rally party colleague Gilbert Collard was charged as well.

Prosecutors had sought a fine of €5,000 ($6,013) far less than the maximum sentence of €75,000 or three years in prison. Her defense team greeted the acquittal, saying the court had upheld her freedom of expression.

However, the court acquitted both Le Pen and Collard, citing the right to freedom of expression.

The court said it recognized Le Pen's intention to inform by sharing the images, adding that sharing her actions could rightfully contribute to public debate, as long as violence is not normalized.