French lawmakers vote for sweeping powers to spy on citizens

French lawmakers have approved a new law that gives the state extensive powers to spy on citizens. The bill has been criticized by civil libertarians, but gained wider support in the wake of the Charlie Hebdo attacks. 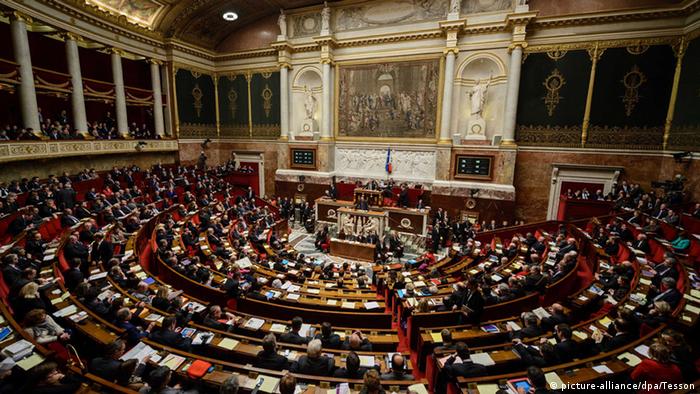 The legislation was passed on Tuesday in the French National Assembly with 438 votes in favor and 86 against.

There was broad support from both the Socalist Party of President Francois Hollande and the opposition center-right UMP. Only the far-left and the greens were strongly opposed to the bill.

With the law having passed in the lower house, it will go to the upper Senate later this month.

The government has stressed that the bill would not give security services permission to indulge in mass surveillance of citizens' data, pointing out that the intelligence officials would be accountable to a new commission that itself would be answerable to parliament.

However, rights groups have criticized the bill as being too wide-ranging and failing to ensure that

privacy is respected. Amnesty International claims the legislation will bring France "a step close to a surveillance state."

"This bill is too vague, too far-reaching and leaves too many unanswered questions. Parliament should ensure that measures meant to protect people from terror should not violate their basic rights," said Amnesty's Europe director Gauri van Gulik.

No approval from judges

The law allows authorities to monitor the digital and mobile communications of anyone linked to a "terrorist" inquiry. It needs no prior authorization from a judge, and compels Internet service providers and phone companies to hand over data upon request.

Intelligence services will be allowed to place cameras and microphones in private homes and install "keylogger" devices to record real-time key strokes on targeted computers. The authorities would be allowed to keep recordings for a month, and metadata for five years.

French politicians discussed a shake-up to the country's spy laws after the deadly January attacks on the Paris offices of the Charlie Hebdo magazine, a policewoman and a Jewish supermarket.

French Prime Minister Manuel Valls has vehemently defended the bill, dismissing comparisons with the mass surveillance "Patriot Act" introduced in the United States after the 9/11.

Valls has pointed out that the previous law on wiretapping dates back to 1991, when mobile phones and the nascent Internet were used by only a small number of people.