French MPs are due to approve a bill reforming French intelligence law to counter terrorist threats. But critics warn that the draft law is a license to spy on citizens' private lives. Erin Conroy reports from Paris. 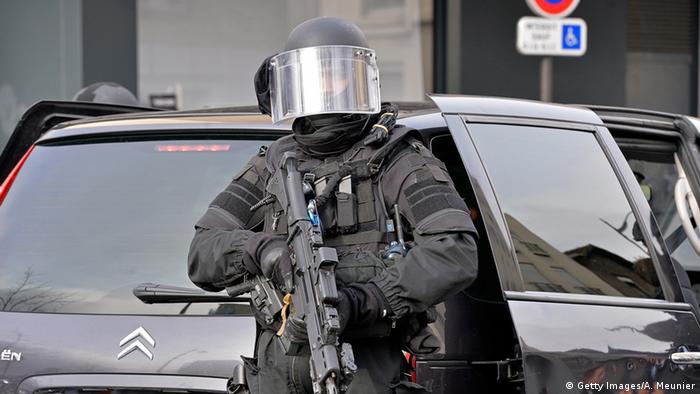 "Never has the threat been so high," French Prime Minister Manuel Valls told French media last month, after authorities discovered, by chance, a plot to attack at least one church just outside of Paris. Had Algerian student Sid Ahmed Ghlam not accidentally shot himself in the leg and called an ambulance - leading police to an arsenal of weapons and drawn-out plans of the church plot - France may have suffered another tragedy at the hands of so-called remote-control jihadists.

The case has further rattled nerves in France, where 17 people were killed in January in terrorist attacks on Paris' Charlie Hebdo magazine and a Jewish grocer. It has also been highlighted as an example of why France's own "Patriot Act" is needed now more than ever. 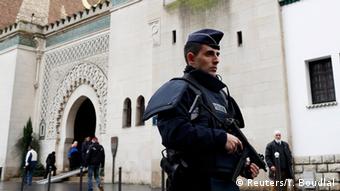 The bill proposing a new set of intelligence-gathering measures would be the first update to France's current surveillance laws which date back to 1991, long before mobile phones and the Internet became mainstream. But experts say the government is going too far in spying on French citizens.

The law would allow intelligence agencies immediate access to live phone and cellular data of anyone suspected of having links to terrorism. The agencies can then keep that data for five years.

But most worrying, privacy and human rights experts say, are the "black boxes" on Internet service providers which would use a computer algorithm to trawl through all of the communications passing through networks, analyzing suspicious communications more thoroughly.

If intercepted data is encrypted, such as text messages or e-mails, French authorities would be able to keep it indefinitely, says Carly Nyst, legal director of Privacy International. "With this form of mass surveillance, digital patterns will be monitored on the government's terms," she says. "This is surveillance akin to that of the NSA or the GCHQ, below the waterlines and outside of any lawful structures, and what France is looking to do is legislate it and give it legitimacy in that way. It's a huge step in the wrong direction, the likes of which we have not seen before."

The law would enable authorities to tap into the networks of a suspicious person's "entourage," which Nyst says would apply to anyone they come into contact with - including journalists.

"They would become the target of surveillance and it would not only have a huge affect on privacy, but also a chilling affect that would prevent journalists from doing that work," she says.

Félix Tréguer, a founding member of Paris-based advocacy group La Quadrature du Net, says the language of the bill is simply too broad and does not define the motives under which intelligence authorities would be able to gain access to someone's information. He is also alarmed by the provisions for long data-retention periods. 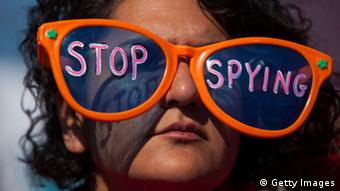 Critics say the bill is akin to the NSA's spying powers

"All of the legal challenges, checks and balances are veiled in secrecy, and in terms of avoiding abuse, it's going to be difficult," he says.

"There are several provisions in the bill which allow intelligence agencies to engage in hacking computers, servers or any computer equipment to have access to data and to copy that data, and this is a very concerning piece of it," he adds. "The kind of infringement of privacy by accessing someone's computer and copying data through Trojan horse-type viruses is very concerning."

Such "black boxes" on networks would also "destroy a major segment of the economy," a handful of prominent French tech companies have said in a letter to Valls, threatening to pull out of the country if the bill is passed.

"Many companies and potential clients may be unsettled by the idea of being subject to this kind of surveillance," said Tréguer.

Clémence Bectarte, a lawyer at the International Federation for Human Rights in Paris, has called for more time to consider the bill, which parliamentarians began drafting in July but was fast-tracked after the January terror attacks.

"We are very concerned that the government has chosen this accelerated process to submit the bill to the parliament, leaving no place for a fruitful debate which would have been very crucial for this bill," says Bectarte. "It poses a very dangerous risk to the nation, to put any citizen in France under surveillance under reasons which are not sufficiently precise and which may not be subjected to any independent, effective controls of an independent judge."

Nyst, at Privacy International, says this is because the government has been somewhat opportunistic in the timing of the vote.

"They are taking advantage of national security fears in the aftermath of the extraordinarily tragic events surrounding the Charlie Hebdo attacks, but it takes time to realize that there is no connection, no suggestion that if they had these powers that they could have stopped those attacks," Nyst says. "We haven't seen politicians making such a direct connection, but they are manipulating public sentiment to see the passage of this bill through parliament."

French President Francois Hollande has announced a multi-billion euro boost to the nation's military. In the wake of the Paris terror attacks, it's a reversal of previous plans to curb defense spending. (29.04.2015)