The French government announced the fuel tax rise had been scrapped from the 2019 budget after weeks of protests and the worst rioting in Paris in decades. Despite the decision, protests may continue. 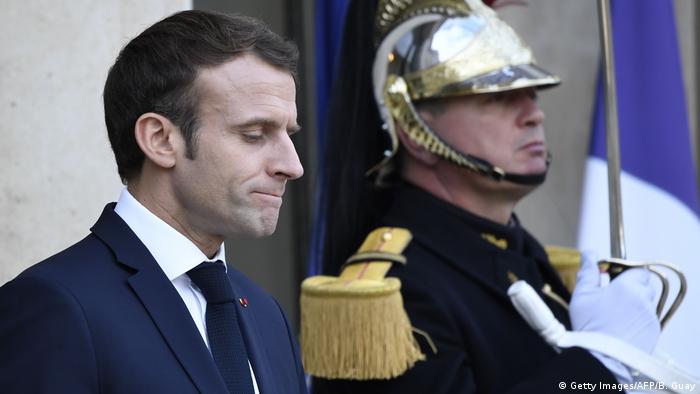 French Prime Minister Edouard Philippe had announced a six-month postponement of the tax on Tuesday, but on Wednesday he and President Emmanuel Macron decided the tax would not be part of the 2019 budget, according to Secretary of Equality Marlene Schiappa.

Macron has left Philippe to make the public statements concerning the protests.

Philippe made it known that "the tax is now abandoned" in the 2019 budget. The government was "ready for dialogue" he said. Environment Minister Francois de Rugy confirmed in a TV interview that the fuel tax due on January 1 was "scrapped for the year 2019" in its entirety.

Negotiating with the protesters, called "gilets jaunes" for wearing high-visibility yellow vests, has been difficult for the government as the leaderless activists are spread throughout rural and urban France and include people with grievances beyond objections to the fuel duty. 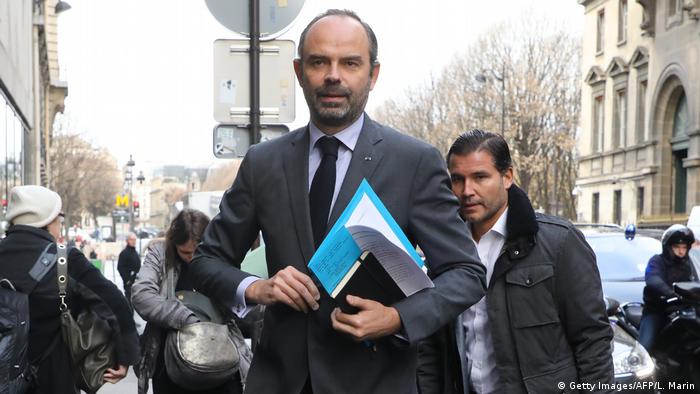 Jacline Mouraud, one of the self-proclaimed spokespeople was unimpressed by the announcement, "I think it comes much too late." Macron's move was "on the right path but, in my opinion, it will not fundamentally change the movement," she said.

Mouraud said the various groups wearing the yellow vests would make their own decisions about what to do next, but encouraged protesters to push other demands such as a rise in the minimum wage.

Further protests are anticipated this coming weekend with some politicians calling for more security measures. Trade unions and farmers have threatened to join the protests.

Laurent Wauquiez, head of the Republicans party called for a state of emergency to be declared saying, "That would enable the security forces to be protected and it would also enable us to protect those who want to march peacefully without being taken hostage." 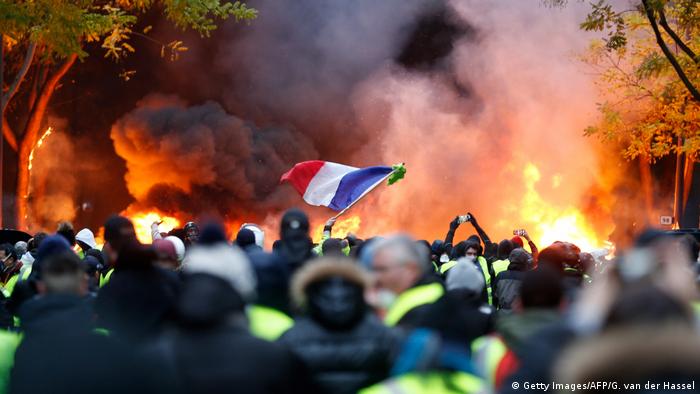 Bring the taxes in fairly

The prime minister defended the government's position in front of lawmakers on Wednesday in a debate on the protests in the National Assembly. But he promised that the fuel duty rises would only be implemented if an agreement could be reached on how to implement them fairly.

Public support for the yellow vests is widespread in France, rated at 70 percent according to some opinion polls.

Philippe told the National Assembly that it was time for a national discussion on the issues raised by the protests, including taxation policy and public services.

Pensioners and those on a basic wage who do not qualify for social benefits have made common cause in yellow vests on the streets with anarchists and far-right agitators who want the president to resign.

Talks planned for Tuesday were called off after yellow-vest representatives said they had been threatened by hard-liners for attempting to negotiate with the government. 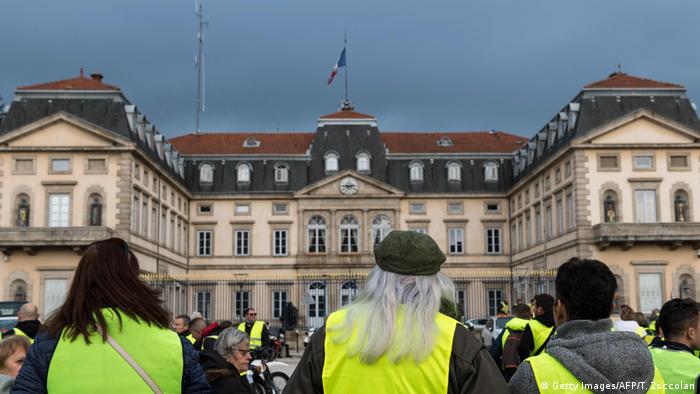 Yellow-vest protests have been mostly calm, but determined

Macron's calls for calm and "respect of the republican order," were made known through media reports.

Turnout for the protests has fallen from about 280,000 three weeks ago to 136,000 last Saturday, with some of the violence, car burning, spray painting and damage to Paris' historic monuments alienating supporters. More than 100 people were injured and 412 arrested in Paris last Saturday.

At least 75 gas stations have run out of fuel due to blockades at major depots, French energy giant Total said. The situation is likely to get worse if protests don't stop soon, according to officials. (03.12.2018)

A woman taking part in protests against rising fuel prices in France has died after being hit by a car. The incident took place as activists angered by the government's tax hikes blocked motorways across the country. (17.11.2018)

Emmanuel Macron's victory against Marine Le Pen was narrower than five years ago. If he wants to stop the far-right from rising further, the president will need to adapt his program — and his ways, Lisa Louis writes.