After intense street protests, French President Emmanuel Macron has said he will postpone a proposed fuel tax increase. He is hopeful the move will appeal to moderates and weaken the resistance movement. 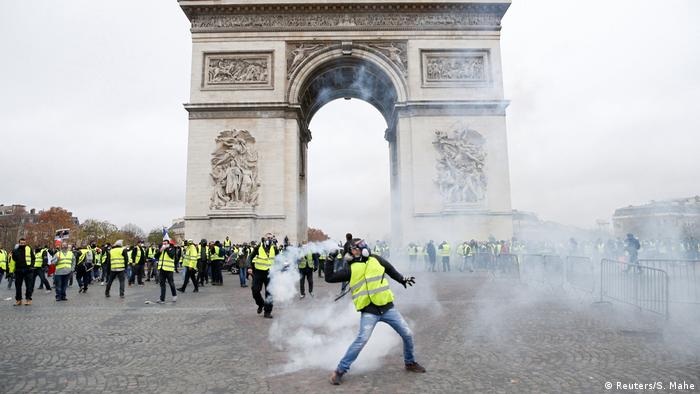 Just a few weeks ago, French President Emmanuel Macron invited some 70 heads of state and government to central Paris to commemorate the centenary of Armistice Day, which ended World War I. International leaders attended a magnificent ceremony, replete with musical performances and a speech by Macron at the Tomb of the Unknown Soldier.

Read more: France revolts against Emmanuel Macron and the 'elite'

But now, all that splendor is gone. In recent days, central Paris — and the area surrounding the Arc de Triomphe in particular — has descended into violent protests the likes of which the French capital has not experienced since 1968. The French people have taken to the streets in opposition to Macron's proposed fuel tax rise.

Macron wants to win over moderates

And they have gotten their way. The eco fuel tax of up to 6.5 cents per liter will not be introduced, for now. That is good news for all those people who depend on their car to get around. But does anger over a proposed fuel tax explain the extent of the violence that was unleashed in Paris in recent days? No. Much more was at stake. Many of the moderate protesters regard Macron as arrogant, and he is widely accused of supporting corporations over workers and favoring Anglo-Saxon capitalism. 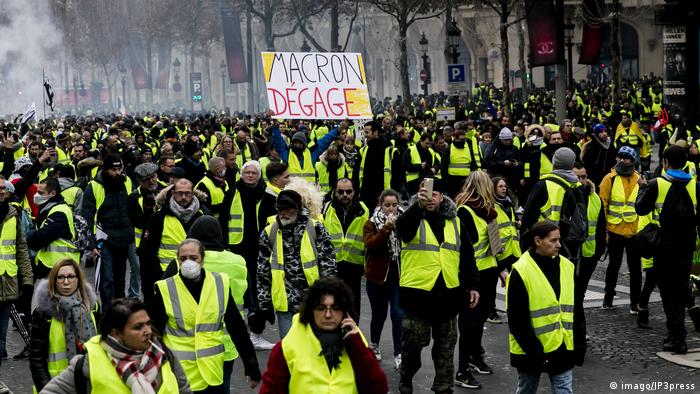 France's 'yellow vest' protesters are fed up with Macron's policies

It is not uncommon for French presidents who advocate far-reaching reforms to meet fierce public resistance. Now, Macron must signal he understands the grievances expressed by moderate protesters and is willing to compromise.

But there were also far-right and far-left activist among the recent demonstrations. On Saturday, radicals from both sides marched alongside moderates to express their discontent with the government. It was a bizarre scene. While there were skirmishes between radicals from either side of the political spectrum, both nevertheless share a common goal: to spark a revolution and bring down the system. These radicals are the ones who raided shops, torched cars and vandalized monuments. Macron's stance towards them has been unequivocal. During the G20 summit in Buenos Aires over the weekend, he said: "I will never accept violence."

It is clear that Macron intends to divide the broad protest movement by listening to the moderates and shunning the radicals. And his strategy seems to be working. The moderates have already started distancing themselves from the violent extremists. Macron hopes to win over the moderates as they only take issue with his politics, rather than the entire economic and political system itself. He is hopeful the moratorium on the fuel tax will appease the moderate protesters and keep them off the streets. 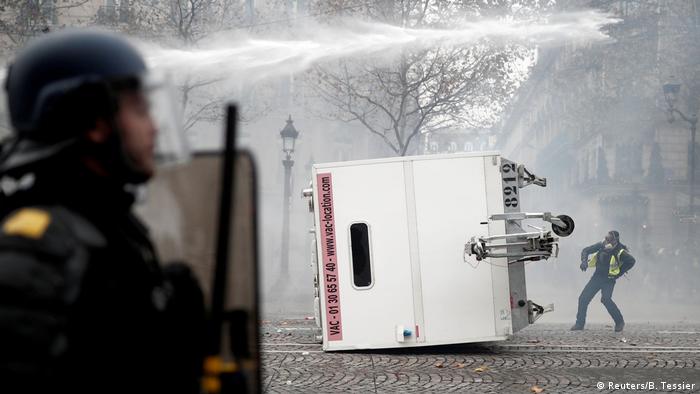 If Macron's strategy works out, the moderates should largely stay home, leaving only radicals to take to the streets this coming weekend. Instead of hundreds of thousands of protesters, as was the case during the early stages of the movement, there will be merely a few thousand. Should the radicals resort to violence once more, the French people are more likely to back police efforts to put an end to the unrest.

The question, therefore, will be whether the announcement to suspend the fuel tax increase will actually allay moderates' anger. It has been a year of intense reforms in France, which has brought sweeping changes to the labor market, among other things. It is likely that parts of the French populace will be deeply frustrated with the numerous reforms so far. So it is questionable if Macron will manage to appease them over night. It will certainly be onerous for the president to regain the popularity he enjoyed during the beginning of his tenure. Much will depend on how he weathers this major crisis. His decision on Tuesday to suspend the fuel tax increase has bought him a little time. And he's going to need it.