In a stunning setback to the French government, Nicolas Hulot has announced his resignation. He said he felt "all alone" while trying to advance green policies in the government. 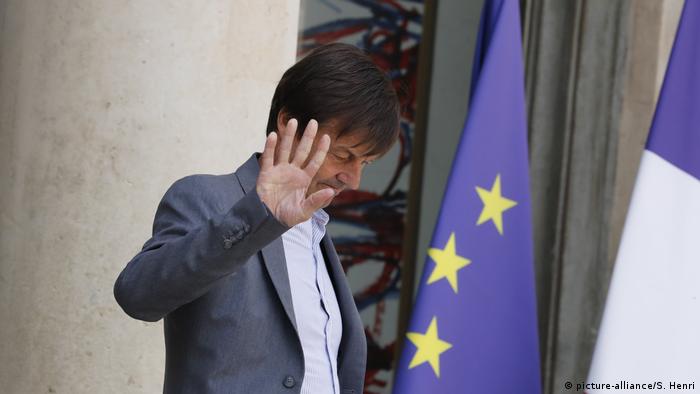 French Environment Minister Nicolas Hulot on Tuesday announced his resignation on France Inter radio, saying it was the result of an "accumulation of disappointments."

The announcement strikes a major blow to French President Emmanuel Macron, who had pledged to make France a global leader for climate solutions.

What about 'Make Our Planet Great Again'?

During his presidential campaign, Macron had pledged to enact ambitious environmental policies in an attempt to advance his image as the antithesis of US President Donald Trump, who pulled the US out of the 2015 Paris accord. Macron even adopted Trump's slogan, urging people to join his environmentally friendly cause and "Make Our Planet Great Again."

But Hulot suggested that Macron's government has paid little more than lip service to environmental issues. He highlighted, for example, the government's pledges to cut back reliance on nuclear energy to 50 percent by 2025 and to curb the use of pesticides, and said there had been little progress on several other initiatives. 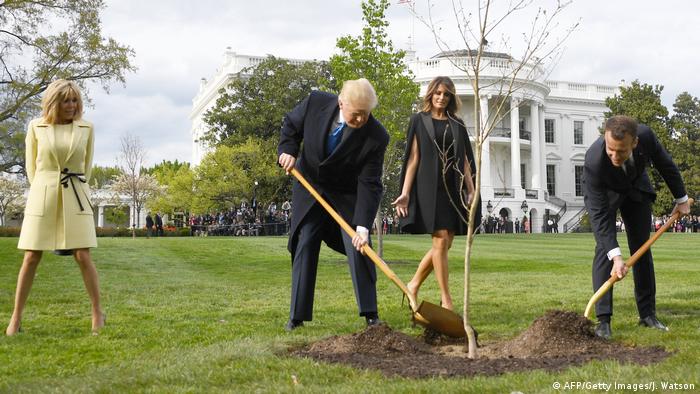 French President Emmanuel Macron (right) even planted a tree on the White House lawn with US President Donald Trump (center), with some observers saying it was a jab at Washington's approach to climate change

Who is Nicolas Hulot? Dubbed "France's most famous environmental activist," Hulot is a longtime campaigner for green policies and a former TV celebrity. Past French presidents, including Francois Hollande and Nicolas Sarkozy, had approached him for the Environment Ministry. However, he rejected offers to join the government until Emmanuel Macron came along.

Hulot has consistently scored high in popularity polls, even after Macron's approval ratings started to plunge. An Ifop poll suggested that 64 percent of French nationals have a favorable opinion of Hulot.

"Do you do an environmental revolution in one year? The response is no," said Griveaux. "I prefer little steps to not moving."

Observers have suggested that Hulot's departure could cause further shakeup within the government and prompt Macron to reshuffle his cabinet.

The science of climate change is complex, and in the era of "fake news," that complexity can be used to mislead and manipulate the public and decision-makers. How do we know who to trust? (24.07.2018)

Cradle to cradle: Living in a world without waste

People buy, consume and then discard. But can you imagine a reality where the concept of waste had no meaning? That's behind the growing "cradle to cradle" movement. (10.07.2018)