A 5-year-old boy who had not received measles vaccine went on holiday to Costa Rica with his parents. The country had been measles-free for five years before his arrival. 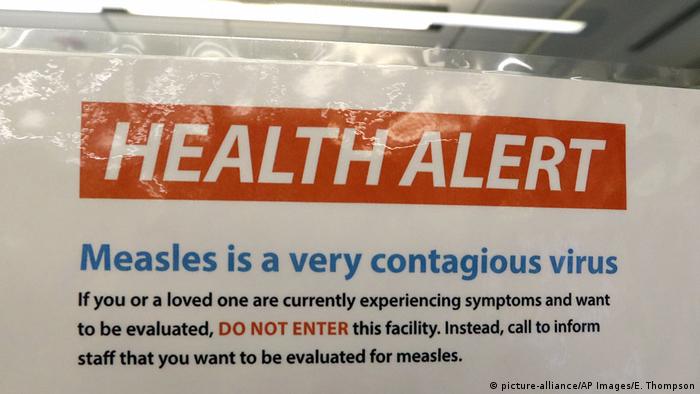 An unvaccinated French child who went on holiday with his parents to Costa Rica is suspected of reintroducing measles to the Central American country.

The 5-year-old boy and his parents entered the country on February 18, Costa Rica's Health Ministry said.

Authorities have quarantined the boy in a hospital and are searching for people he may have come into contact with since his arrival.

Costa Rica, which last reported a case of measles in 2014, has also notified France to probe whether anyone the boy met there could also be infected.

The highly infectious airborne disease is caused by a virus and can be deadly in extreme cases. Its symptoms include rashes and a severe fever.

Measles vaccine prevented an estimated 21.1 million deaths worldwide from 2000 to 2017, according to the World Health Organization (WHO).

Despite its effectiveness, some people have questioned the need for the vaccine and alleged that it harms children who receive it.

Europe has recently seen a surge in reported measles cases. WHO figures show that the total number of cases registered in the first half of 2018 was higher than in the previous five years combined.