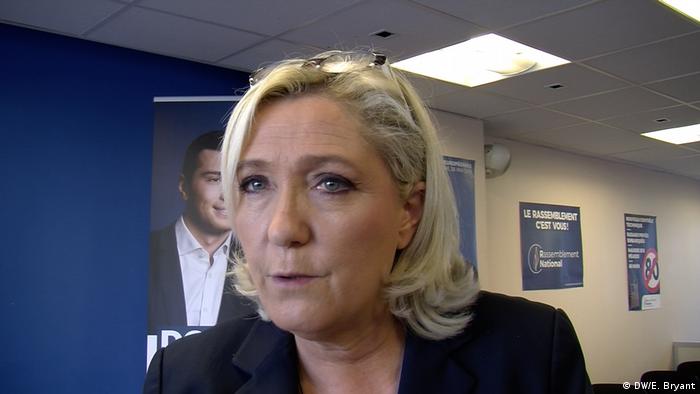 Two years ago, France's far-right National Rally party suffered a crushing defeat when the political newbie Emmanuel Macron and his movement swept presidential and parliamentary elections. But, now, the party has bounced back, with a new name and rejuvenated image aimed to consolidate its place as the country's biggest opposition force.

Now, the party is eyeing another crucial test: the elections for the European Parliament in May, which may give it and other populist forces in the region a powerful boost, potentially reshaping the EU's makeup and decision-making.

"I think Europe is moving toward a return of nation-states, and we're part of this great political movement supporting this shift," National Rally leader Marine Le Pen said in an interview with Anglophone journalists recently, as she called the European Union a failure in every way.

Though Le Pen's rhetoric is not new, she is no longer a lonely voice on the European landscape. And today some experts share her predictions that May's vote may usher in a political sea change.

"They could potentially go up to or beyond one-third of the seats in the European Parliament [there are currently 751 seats in the EP — the ed.]," said Susi Dennison, senior policy fellow at the European Council on Foreign Relations think tank and co-author of recent reports citing the dangers of "anti-Europe" forces in paralyzing EU institutions and policy. "Complacency will be very dangerous with these elections."

Other analysts are not as alarmed, although a new poll found that, though pro-EU parties will continue to dominate the parliament, the combined total tallies of the two main groups will drop to less than 50 percent.

For populist parties, this election season looks set to continue a surge in voter support that has put some in government in countries such as Hungary, Italy, Austria and Poland. Spain has its first far-right party since the Franco dictatorship, while the far-right Alternative for Germany holds a steady 13 percent support in recent polls. 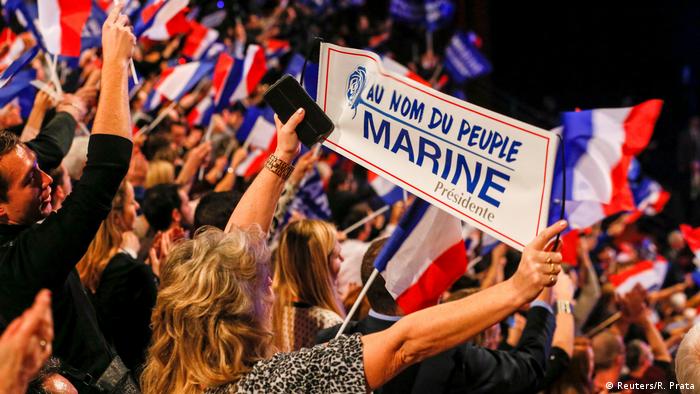 In France, Le Pen has fundamentally revamped her party's image after taking control in 2011 of a movement her father founded nearly five decades ago. Under her leadership, the party has softened its pugnacious rhetoric to secure broader support. Last year, it adopted a slight name change from its original moniker, the National Front.

From once-shunned political outsider, the National Rally is now almost respectable, and has assumed the spot as France's top opposition party since the implosion of the mainstream center right and left in the 2017 elections.

For the European Parliament vote, the National Rally has tapped 23-year-old Jordan Bardella to head the party's list, considered a team player and staunch Le Pen supporter, in a bid to offer a fresh face and potentially gain younger votes. Recent polls put the National Rally and Macron's Republic on the March party neck-and-neck in the race for the vote in May.

Riding on past success?

Le Pen's euroskeptic party has also traditionally fared well in past EU elections, earning a quarter of the seats in the 2014 vote.

"I think Europe is moving toward the return of nation states, and we're part of this great political movement supporting this," Le Pen said. "Our goal is to turn the EU into a cooperation among nations, and not this kind of European super state."

A strong showing "would give them access to places on committees, the ability to form a political group" giving nationalist parties access to funds and work as a block on key areas like the European budget and rule of law, said Dennison. It might also give populists a say in appointing European Commission members, she added, "so the executive body of the EU could have anti-European members."

The growing clout of populists comes as polls show a mixed report card for the EU on the part of its citizens. A pair of Eurobarometer surveys show that while two-thirds of Europeans believe their country has benefited from being part of the bloc — a 35-year high — only four in 10 have a positive image or trust in it. Those underwhelming results may bolster support for euro-skeptic parties, along with another trend seen among European voters — of going against the status quo, Dennison said.

"People no longer have faith that by playing within the current framework that things will get better. So they're throwing their lot with newer insurgent parties, in some cases putting them into government." 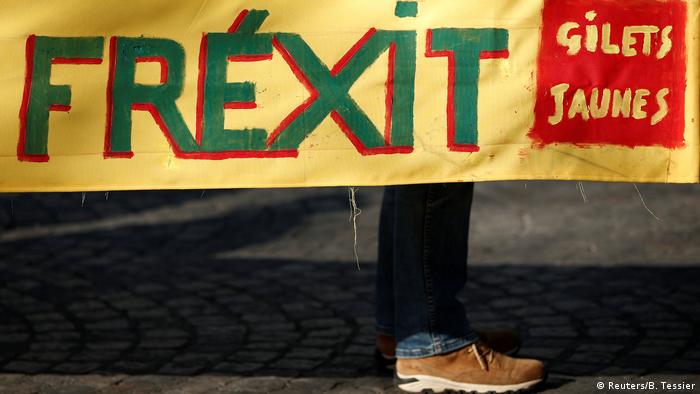 In France, the National Rally's prospects may be complicated by the anti-government yellow vest protest movement. Some members are eyeing a run for parliament, but the movement is leaderless and disorganized, and the idea of turning grassroots action into a political force is deeply controversial.

"I don't consider the yellow vests a threat," said Le Pen, adding the movement is merely expressing the grievances her party has championed for years. "If they want to run for elections, that's democracy."

Others are not so sure."The yellow vests present both a threat and an opportunity for Marine Le Pen," said political scientist Jean Petaux, of Sciences-Po Bordeaux University. "They could offer her party a chance to enlarge its audience as the party that listens to their grievances."

But if the movement is able to organize for the EU elections, he said, it could also steal votes from the National Rally, especially if there is a low voter turnout. "Because when you have a low turnout, it is usually those who are against who mobilize — not those who are for."