France's Macron says he is 'main opponent' of Orban, Salvini

French President Emmanuel Macron has placed himself squarely against Hungary's Viktor Orban and Italy's Matteo Salvini on migration. "I will yield nothing to nationalists and those who advocate hate speech," Macron said. 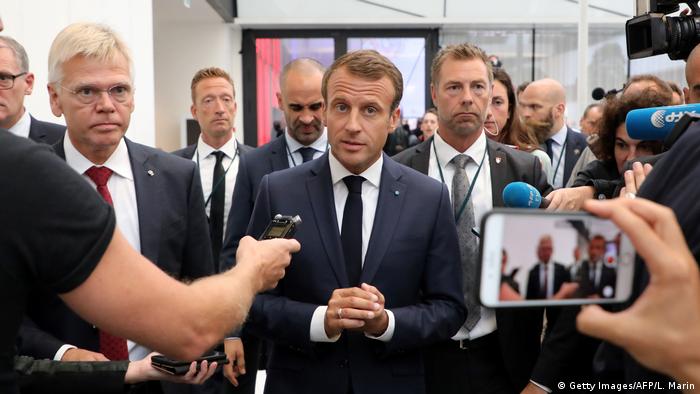 The previous day Orban and Salvini – both leaders of right-wing parties and bitter opponents of illegal immigration – said there were "two camps" on migration in the EU and accused Macron of "leading one of them." The comments were made during a summit in the Italian city of Milan.

Speaking from Copenhagen, Macron said the two were right to see him as an adversary.

"It is clear that today a strong opposition is building up between nationalists and progressives and I will yield nothing to nationalists and those who advocate hate speech," the centrist politician said.

"So if they wanted to see me as their main opponent, they were right to do so," Macron added.

Salvini and Orban pledged to forge an anti-immigration alliance at the Tuesday summit, with Salvini describing the Hungarian prime minister as his "hero and companion." Rome and Budapest will act as allies in future union "that brings back to the center the values and identity" represented by Orban's Fidesz and Salvini's League party.

"We are near a historic change on a continental level," Salvini added.