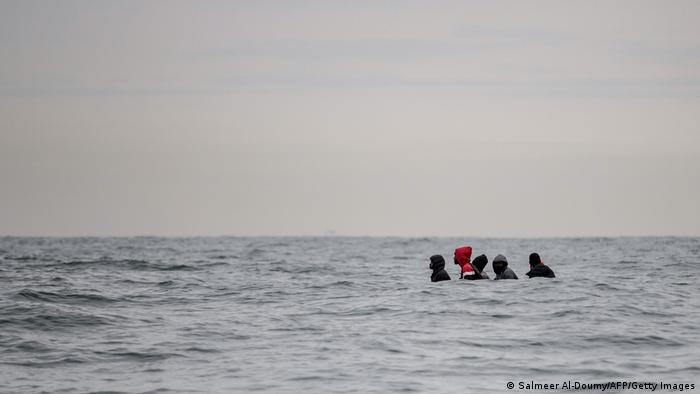 France and Britain signed off on a deal on Saturday to increase patrols in an attempt to stop people from trying to cross the English Channel.

Patel told British media that French authorities had already stopped 5,000 migrants from crossing to the UK this year. The extra funding was to double French shore patrols and to purchase new equipment, including radar and drones.

The extra funding comes on top of 150 million pounds ($200 million, €167 million) given to France over the last ten years, she said, adding that "we are already seeing fewer migrants leaving French beaches."

With ferry traffic throttled by coronavirus restrictions, many migrants have turned to using small boats organized by people smugglers in order to cross the Channel.

Last month, a family from Iran, including two parents and their children aged 6 and 9, died when their boat capsized in the Channel — one of world's busiest shipping routes. Presumably drowned was their missing 15-month-old son.

Human rights and humanitarian aid groups say the best way to stop such Channel journeys is to provide safe routes for people to seek asylum in Britain.

There was an urgent need to create "a safe and legal route to the UK from northern France, thereby preventing crossings and child deaths," its director, Bella Sankey, was quoted as saying by the BBC.

Patel, a conservative hardliner, also wants to significantly tighten the rules for legal migration to Britain in a future asylum system to be legislated next year.

Escape across the English Channel

Police said the boy was bound for the UK when the rubber boat he was sharing with a friend ran into trouble. The French citizenship minister has confirmed the teenager was Sudanese.