French rescue boats and a Belgian helicopter were called when a migrant boat was seen in distress off the coastal town of Dunkirk. Two children and two adults have died, officials said. 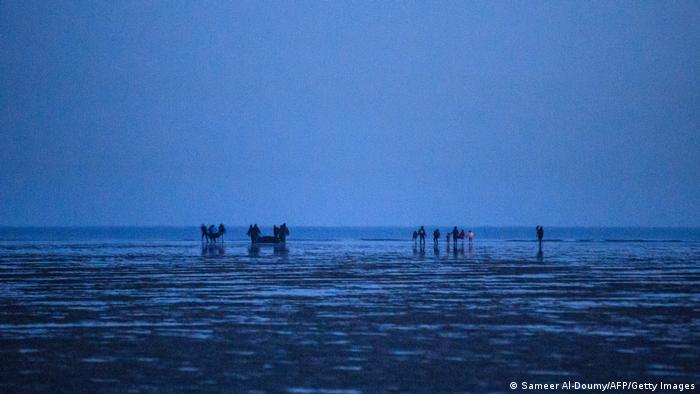 Two children - aged five and eight - and a man and a woman died when their vessel capsized near Dunkirk. Fifteen others were taken to hospital, French officials said on Tuesday.

Authorities launched a large search and rescue operation after seeing a vessel in in difficulty near the port town of Dunkirk. They and other migrants were trying to cross the English Channel to Britain, French authorities said.

Fifteen migrants have been saved so far and rescue and search operations continued late Tuesday, according to the regional administration for the Nord region. Local officials said the number of fatalities could rise pending further searches in the area. 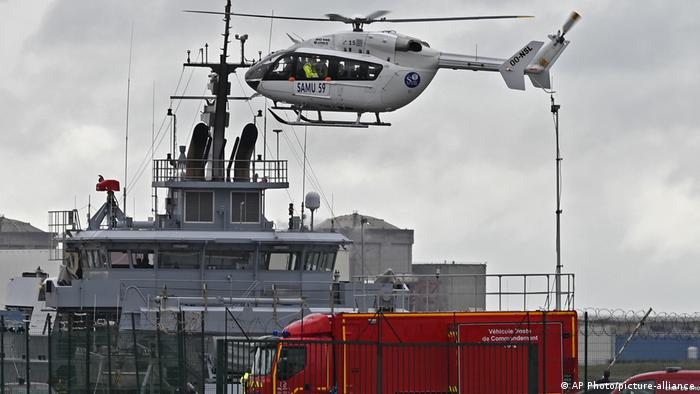 Such crossings have become increasingly common in recent years, but confirmed deaths are rare.

Five French vessels and a Belgian helicopter were mobilized when the migrant boat was reported in distress off the coast of Dunkirk, according to the regional French maritime agency.

An investigation into the cause of the sinking was opened by the Dunkirk prosecutor.

Despite joint police efforts on both sides of the Channel, migrants have long used northern France as a launching point to set sail for Britain, a thorny issue between the two neighbors for years.

UK Prime Minister Boris Johnson said his thoughts were with the victims' loved ones.

He said: "We have offered the French authorities every support as they investigate this terrible incident, and will do all we can to crack down on the ruthless criminal gangs who prey on vulnerable people by facilitating these dangerous journeys."

British Home Secretary (or interior minister) Priti Patel said: "We are in touch with our French counterparts who are leading on the response and have offered whatever support they need as they investigate this incident. This tragic news highlights the dangers that come with crossing the Channel and I will do everything I can to stop callous criminals exploiting vulnerable people."