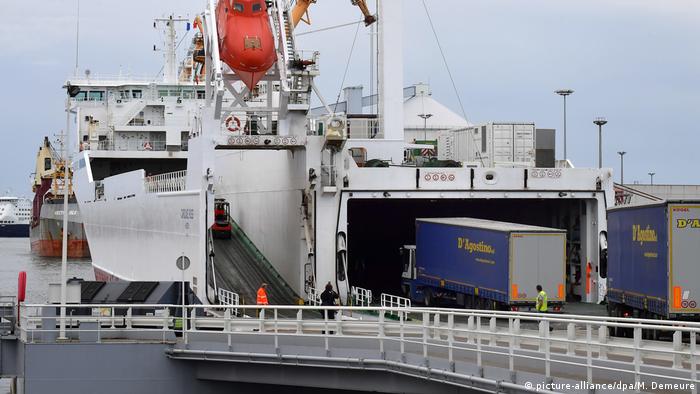 A refrigerated truck carrying eight migrants was discovered by French authorities on Sunday in the northern port city of Calais.

Four adults and four children, who said they were from Afghanistan, were taken to the hospital for treatment after showing signs of hypothermia after riding in the vehicle.

The temperature inside of the truck was set to 7 degrees Celsius (44.6 degrees Fahrenheit), according to news agency AFP.

The vehicle had just driven onto a ferry headed for the UK when authorities discovered people hiding in a section of the refrigerated truck.

The two drivers of the truck, who police said were Romanian nationals, were taken into custody.

The route that the truck took before arriving at the ferry was not immediately clear.

The find comes after 39 people were found dead in the back of a truck on Wednesday east of London. British authorities are struggling to identify the victims.

Initially, it was believed that all those on the truck were Chinese nationals, although police in Vietnam are now taking DNA samples in an attempt to identify victims they now believe were Vietnamese.

The 25-year-old driver of the truck, Maurice R. from Northern Ireland, faces 39 counts of manslaughter in the case.

Human trafficking rings routinely use trucks to try and smuggle people seeking better lives into Europe, exposing them to danger and putting their lives at risk.