A 25-year-old man has been charged with 39 counts of manslaughter after police found the bodies in a truck. Vietnamese families fear their relatives may be among the dead — as police struggle to identify the victims. 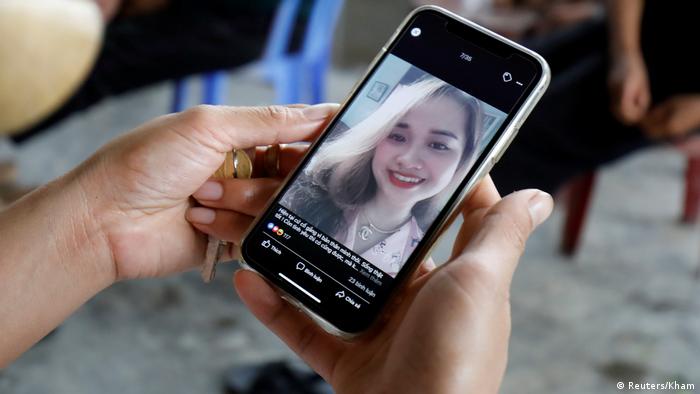 The driver of a refrigerated truck where 39 bodies were found earlier this week has been charged with manslaughter and conspiracy to traffic people, according to UK police.

He is due to appear before court on Monday.

Three others who were arrested on suspicion of manslaughter and conspiracy to traffic people have been freed on bail, as police still struggle to identify the victims.

Missing Vietnamese may be among the dead

Police initially believed all victims were Chinese but later announced admitted that investigations were still a "developing picture" after reports emerged that some of the victims may have been Vietnamese.

At least two Vietnamese families have now said they are worried their relatives, who may have been carrying falsified Chinese passports, are among the dead.

The Vietnamese Embassy in London had said it contacted police on Friday about a missing woman believed to be one of the dead after a family in Vietnam informed them about their daughter who had been missing since the lorry was found.

Up to 10 of the victims may have originally come from Vietnam, according to unconfirmed reports. The BBC reported it had been in contact with six Vietnamese families, all who believe their relatives are among the 39 victims found in Grays, Essex on Wednesday. Lk

A representative from the UK-based VietHome said the Vietnamese community sent the photographs of about 20 people reported missing to the police. 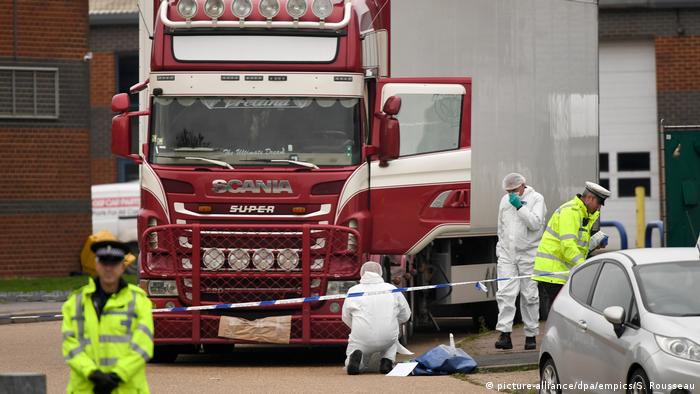 UK authorities found the victims, believed to Asian, inside a ice truck in Essex

The father of a 20-year-old Vietnamese man said he is scared his son is among the dead. He told the Associated Press that he had not been able to reach his son Nguyen Dinh Luong since last week.

Gia said his son left home in Ha Tinh province, central Vietnam, to work in Russia in 2017 then on to Ukraine. He arrived in Germany in April 2019 before making his way to France. He had been living in France illegally since 2018.

Several days ago, his father received a call from a Vietnamese man saying, "Please have some some sympathy, something unexpected happened," Gia told AFP.

"I fell to the ground when I heard that," Gia said. "It seemed that he was in the truck with the accident, all of them dead."

'I'm dying because I can't breathe'

Hoa Nghiem, a human rights activist from Vietnamese civic network, Human Rights Space, said on Friday one of the victims may have been 26-year-old Pham Thi Tra My.

Tra My had sent a text message to her mother saying she was struggling to breathe at around the same time as the truck was en route from Belgium to the UK.

"I'm so sorry mom and dad....My journey abroad doesn't succeed," she wrote. "Mom, I love you and dad very much. I'm dying because I can't breathe .... Mom, I'm so sorry," she said in a message confirmed by her brother Pham Manh Cuong.

Both suspected victims come from the impoverished province of Ha Tinh where many of the country's illegal migrants come from. Many who try to reach the UK end up working in nail salons or cannabis farms.

Families of those missing Vietnamese nationals said on Sunday that local police had taken hair and blood samples to try to match the DNA with the bodies found.

Chinese Foreign Ministry spokeswoman Hua Chunying told a press briefing Friday in Beijing that Britain has not officially confirmed the identities or nationalities of the victims. She added that China is also working with Belgium police since the shipping container in which the bodies were found was sent from England to the Belgian port of Zeebrugge.