Anti-nuclear energy activists have called the closure of the Fessenheim plant a "historic moment" for the country. But not everyone agrees that phasing out nuclear energy is the way forward. 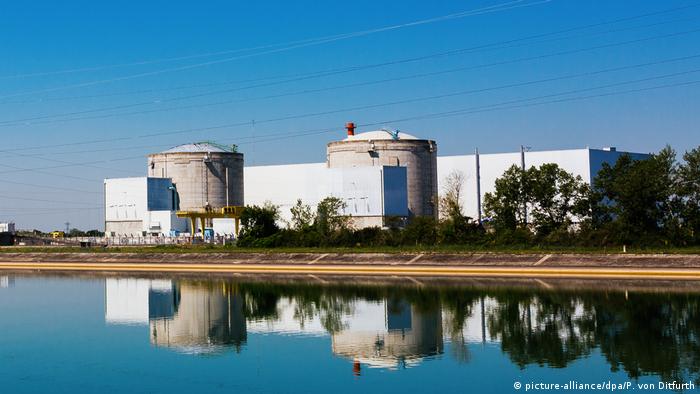 France's state-owned power company EDF said on Monday that it had shut down the country's oldest nuclear plant located in Fessenheim, across the border from Germany.

The procedure effectively shuttered the second and last reactor in operation at the plant. The first reactor went offline in February.

"France has 56 other aging reactors which will also have to be shut down soon," Greenpeace said in a statement published last week.

But not everyone agrees that phasing out nuclear energy is the way forward.

Pro-nuclear energy protesters gathered in front of the Greenpeace headquarters in Paris to protest against their campaign to end the use of nuclear energy in France. "Less nuclear means more coal," chanted protesters.

In Fessenheim, scores of employees gathered to say goodbye to the plant.

"It is a descent into hell for the workers of Fessenheim," said CGT, France's largest labor union, in a French-language tweet. "The most environmentally-friendly tool is scrapped for ecological reasons."

In the wake of the Fukushima nuclear disaster, France's then-President Francois Hollande pledged to close Fessenheim, but it was not until 2018 that his successor Emmanuel Macron gave the final green light.

Without Fessenheim, France will still have 56 pressurized water reactors at 18 nuclear plants generating around 70% of its electricity. Only the United States, with 98, has more reactors, but France is by far the world's biggest consumer of nuclear energy.

President Macron has pledged to transition France's energy dependence to renewables by closing 12 more reactors by 2035.