Families of French IS members in Syria battle to bring them back | Europe | News and current affairs from around the continent | DW | 23.07.2020

Families in France are growing more determined to bring back relatives who left to join the so-called Islamic State. Dozens of French women and children recently vanished from the radar, leaving relatives desperate.

Antoine* is used to standing his ground. The trade unionist has defended workers' rights his whole life. But when his daughter M. suddenly left to join so-called Islamic State (IS) in Iraq five years ago, he hit rock bottom.

"It was as if my house came tumbling down on top of me," he told DW. "She had always been a good student and we didn't see this thing coming at all. I told her — do you know what you're getting yourself into? And what Salafism actually means?"

Raised in an agnostic family, the 26-year-old had converted to Islam without telling her parents. Revolted to see how, apparently due to his origins, her Franco-Tunisian boyfriend was struggling to find work as an electrician, she left with him to "live their religion freely."

M. is one of about 1,700 French nationals who joined IS in Iraq and Syria. Overall, 5,000 Western Europeans are believed to have done so. Now, about 1,000 of them are thought to still be held in Kurdish camps and prisons. The French represent the biggest group with more than 300 women and children in the camps and about 75 men in the prisons. 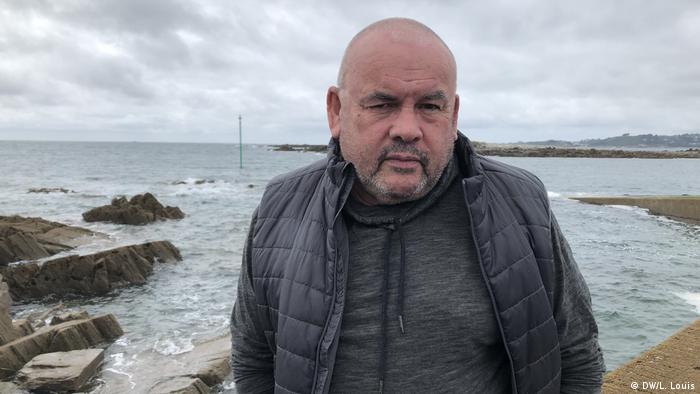 Back in France, their families' fight to bring them back has grown even more desperate since several dozen women and children disappeared from the camp of Al-Hawl in northern Syria five weeks ago. They were taken away by Kurdish people, supposedly for a census.

M., together with her 18-month-old baby born in Syria, was amongst those who vanished. Her father had talked to her on a daily basis up until then. Antoine says he now has nothing left to lose.

"I manage to hold it together most of the time, but I hardly sleep at night and stay up watching the videos of my grandson," he explained.

Like all the family members of those who left and who DW talked to, Antoine says he doesn't know what exactly his daughter did in Syria.

'We are creating a second Guantanamo'

"But I'm not her judge," he underlined. "She should be held accountable for her actions and has the right to a fair trial, like everybody else. That's the difference between a democracy and a dictatorship. We are creating a second Guantanamo there!"

In his plight, Antoine has joined forces with about another 100 families of IS members through the group "Familles Unies" ("United Families"). 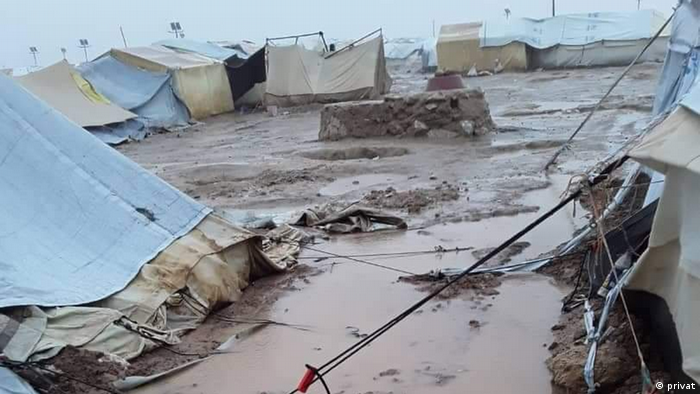 Catherine, another member of that group and the mother of a now 25-year-old woman who left for Syria in 2015, is especially outraged by how France treats its children.

"Why does France even bother to sign international conventions for the protection of children's rights when it then just leaves our grandchildren to rot there?", she emphasized in an interview with DW.

"Living and sanitary conditions in the camps are horrendous — it's either really hot or really cold, the tents often get inundated during storms and there's hardly any medical care."

Her daughter grew up in a Catholic family and converted to Islam. Catherine remembers her talking to Syrian women on the phone but was caught unawares when she left. Once in Syria, the daughter got married and gave birth to a boy. Both vanished more than five months ago from the Al-Hawl camp. They were probably brought to a nearby prison, explains Catherine.

That's when she lost touch with her. Like Antoine, Catherine had been talking to her daughter almost on a daily basis.

"I feel completely abandoned by the government. It pretends these people don't exist — but they do!" she added. 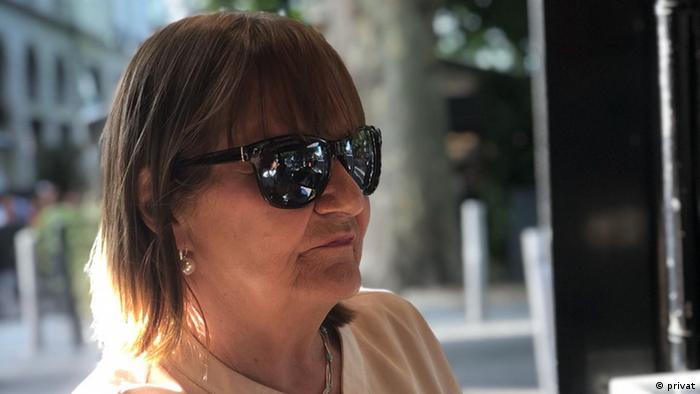 Catherine's daughter went to join IS in 2015

Government says it's acting according to international law

The government says it's acting according to international law and has repatriated about 30 children from the camps. It also says it has a case-by-case approach, but so far has not brought back any women or men.

However, around 200 people — including men and women — were expelled by Turkey to France under a bilateral agreement.

"People should be judged where they're alleged to have committed their crimes. Those who are currently being held in Syria or Iraq perpetrated their acts there, " said Raphael Gauvin, a lawmaker from government party LREM, to DW.

"We take back young children if and when the mother accepts we should take charge of them."

Paris is also following public opinion. According to a Odoxa Densung-Consulting poll from February 2019, 80 percent of the French are in favour of taking IS members to court in Iraq or Syria – instead of bringing them back home. However, Marie Dose, a Paris-based lawyer representing the families of 40 women in the camps, argues that this approach actually goes against international law.

"Kurdistan doesn't exist. There are no judges and these people are being arbitrarily detained," she stated to DW. "And even if there were functioning courts there, these people should be judged in France where their crimes started. They're accused of joining a terrorist organisation here."

With its approach, France is standing out amongst the Western countries for being particularly cold-hearted, claims Letta Tayler, Senior Researcher at New York-based NGO Human Rights Watch.

"I see a blanket policy that separates children from their parents. The country repatriated a little girl in April, which needed heart surgery, but they left behind her mother," she told DW.

"This is unconscionable. These children are severely traumatized. Now, France is victimizing them twice by depriving them of their mother."

Antoine and other families meanwhile are pressing charges against the government to force it to bring back its citizens. The case could go before the European Court of Justice next year. 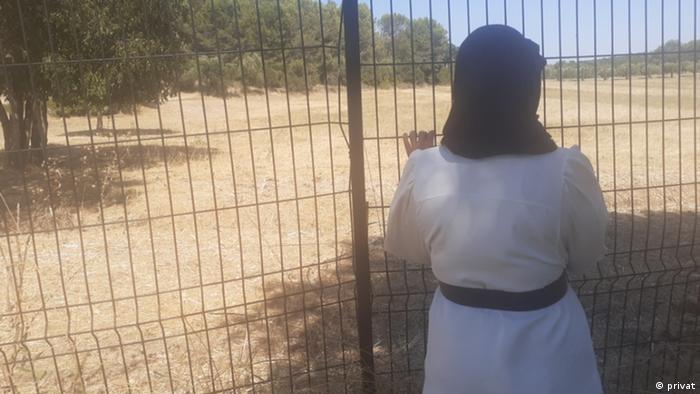 Sara's brother and his French children are in Syria

Bringing them back in France's own interest?

Sara, whose brother left for Syria in 2015, doesn't understand why the government hasn't acted long ago — out of its own interest.

Her brother left for Syria "to help his Muslim brothers" and is now incarcerated there. He has had two children with two French women, all held in Kurdish camps.

"Many of the people in the camps are dangerous – we shouldn't leave them there!" she said to DW. "During a recent attack, the Kurds opened the gates and several women managed to flee including the widow of Amedy Coulibaly, who committed an attack on the Jewish supermarket Hypercacher in Paris in 2015."

"People like her can now join IS again and carry out new attacks on French soil – that's really scary!" she added.

Catherine thinks nonetheless that there might be a silver lining. "President Macron recently appointed the very assertive Eric Dupont-Moretti as Justice Minister, who repeatedly spoke out in favour of repatriating French IS members," she said. "If someone can convince the government to change course, it's him!"

* Not his real name