The French military will carry out drills to test the capabilities of its Space Command in tackling threats to its satellites. The exercises are part of France's strategy to become the world's third-largest space power. 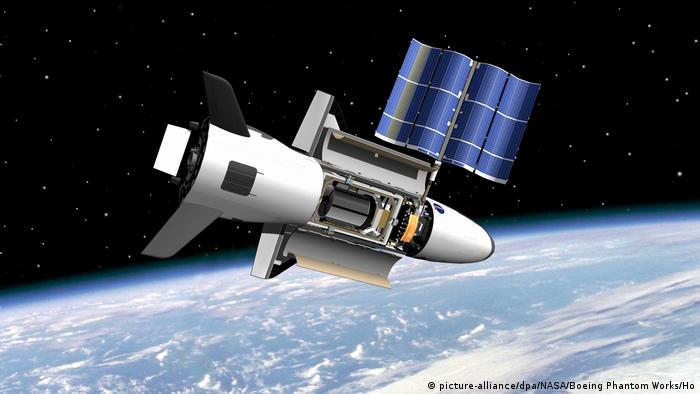 France launched its first military exercise in space this week to evaluate its ability to defend its satellites and other defense equipment from an attack.

The exercises are a "stress-test of our systems," said Michel Friedling, the head of France's newly created Space Command, adding that they were "a first for the French army and even a first in Europe."

The exercise, codenamed "AsterX" in memory of the first French satellite from 1965, will be based on 18 simulated events in an operations room.

"A series of events appear and create crisis situations or threats against our space infrastructure, but not only this," Friedling told reporters from the Space Command headquarters in Toulouse in southwest France.

During the drill, the French military will monitor a potentially dangerous space object as well as a threat to its own satellite from another foreign power possessing a considerable space force.

The scenario is based on a crisis between a state with space capabilities and another that has a military assistance agreement with France.

The new US Space Force and German space agencies are taking part in the French exercises which began on Monday and will last until Friday.

The French Space Forces Command, Commandement de l'Espace (CdE) was created in 2019 and is set to have 500 personnel by 2025.

Investments in the space program are set to reach €4.3 billion ($5 billion) in the same six-year period — a fraction of what is being spent by the US and China.

"Our allies and adversaries are militarizing space... we need to act," Defense Minister Florence Parly had said in 2019.

France also planned to develop anti-satellite laser weapons and to strengthen surveillance capabilities in an area that it believes could become a major theater of confrontation between powers on Earth.

In 2017, a Russian "spy-satellite" had tried to approach a Franco-Italian satellite in what Paris called "an act of espionage."

Russia's Olymp-K attempted to intercept transmissions from the Athena-Fidus satellite which is used by both Italian and French armies for secure communications.

Last year, Washington accused Russia of having "conducted a non-destructive test of an anti-satellite weapon from space."

This week's military drill is part of the French government's strategy to make the country the world's third-largest space power.

US President Donald Trump's plan for a Space Force will not change the way we explore beyond our planet. The development of civilian space travel has always been linked to the military, says DW’s Fabian Schmidt.

Germany urges end to military exercises in the Mediterranean as Turkey announces drills 27.08.2020