Modern spy satellites in an age of space wars

Space is a battleground for dominance among major powers. About a fifth of all satellites belongs to the military and are used for spying. The US launches two more this year. 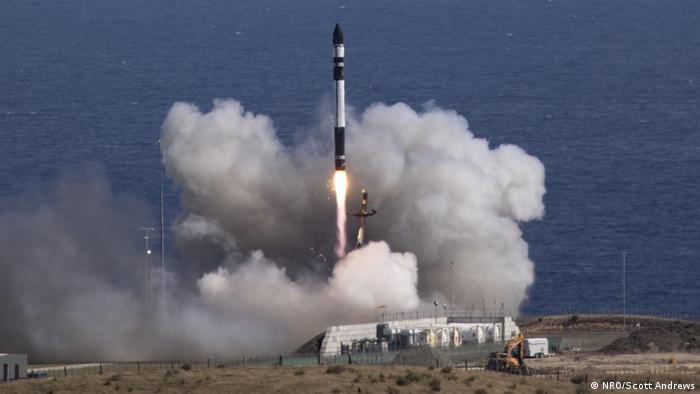 For a spy satellite, America's NROL-44  is a massive, open secret — both in size and fact. We know that the US National Reconnaissance Office (NRO) plans to launch this new classified satellite, and we know its name. We also know that it's part of a class of US spy satellites called Orion (also known as Mentor or Advanced Orion) that began operation in 1995. But its legacy stretches all the way back to America's original CORONA spy satellites in the 1960s and 70s.

It's one of a set of NRO missions this year, which includes NROL-151, a national security satellite launched in January, and NROL 101, which is yet to come.

NROL-44 is a huge signals intelligence, or SIGINT, satellite, says David Baker, a former NASA scientist who worked on Apollo and Shuttle missions, has written numerous books, including US Spy Satellites and is editor of SpaceFlight magazine.

"SIGINT satellites are the core of national government, military security satellites. They are massive things for which no private company has any purpose," says Baker. 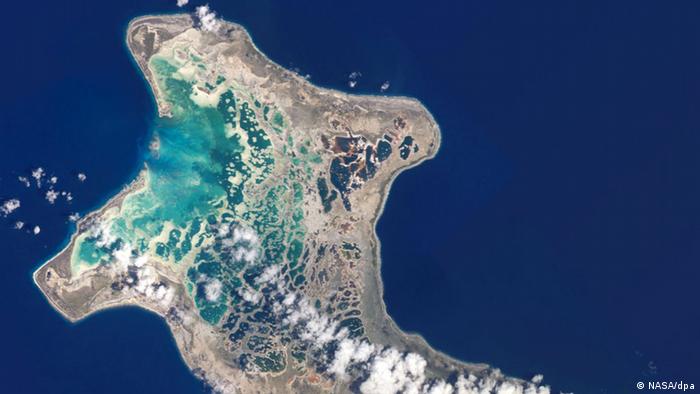 Watched all the time: Earth observation satellites have become a major industry

The US has launched seven Orion satellites so far. NROL-44 is one of the biggest.

"It weighs more than five tons. It has a huge parabolic antenna which unfolds to a diameter of more than 100 meters in space, and it will go into an equatorial plane of Earth at a distance of about 36,000 kilometers (22,000 miles)," says Baker.

At that height, an area known as a geosynchronous orbit, NROL-44 will mingle with commercial telecommunications satellites, such as those used for TV broadcasts. Other surveillance satellites orbit at about 500 km from Earth, which is in the region of the International Space Station. Whereas in the very early days, spy satellites flew around the 120-130 km mark, which is barely in space at all.

Spy satellites "hoover up" of hundreds of thousands of cell phone calls or scour the dark web for terrorist activity. 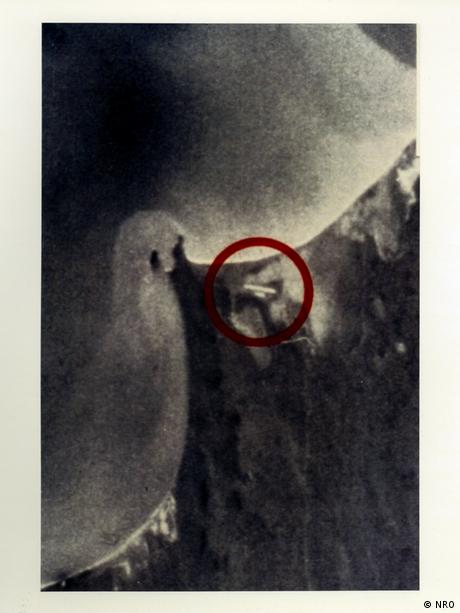 "The move from wired communication to digital and wireless is a godsend to governments because you can't cut into wires from a satellite, but you can literally pick up cell phone towers which are radiating this stuff into the atmosphere. It takes a massive antenna, but you're able to sit over one spot and listen to all the communications traffic," says Baker.

In the US, the Union of Concerned Scientists monitors satellite activity and publishes a public database, which lists at least 49 NRO satellites. That's just a fraction of America's 154 military satellites, and it could be more.

There are others listed as "military / civil" or "military / government," which means, if you count them all together, there are between 339 and 485 military satellites in total. But not all of them need necessarily be spy satellites.

Russia is known to have 71 military satellites, and China 63.

Other countries, such as France, Germany, Italy, India, the UK, Turkey, Mexico, Columbia, Spain, Denmark, and Japan have less than 10 each. France and Germany have the most, with 9 and 7, respectively. That's not including joint operations, where the satellites are run by more than one country. 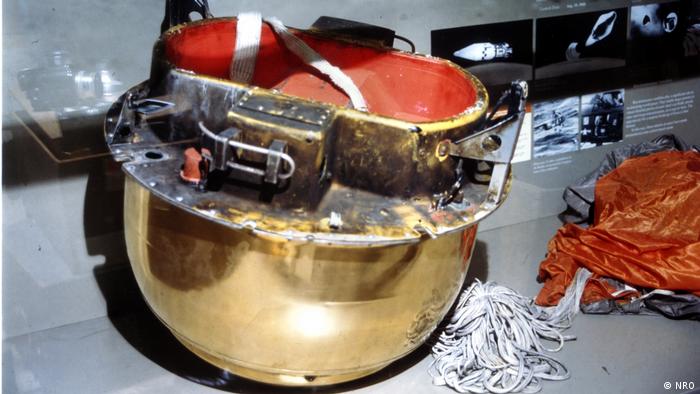 Globally, there are between 2,500 and 2,800 active satellites, including those used for non-military purposes, such as Earth observation, or massive satellite internet constellations, like SpaceX's Starlink. Military satellites account for about a fifth of all satellites.

The film had to be returned to Earth in a capsule, caught by a parachute system — an aircraft carrying a "catching bucket" — and taken to a laboratory to be developed.

It could take days, weeks, sometimes even months before people on the ground would get to see the pictures, says Pat Norris, a former NASA engineer who worked on the Apollo 11 mission to the moon, and author of Spies in the Sky.

Those early spy satellites tended to die after three or four weeks. And they were limited by the amount of film they could carry. Soon enough, they got dragged back down by the friction of Earth's atmosphere, "but they had used up their film, so it didn't matter," says Norris.

It did mean, however, that the Americans and Soviets launched new spy satellites every two weeks. Now, satellites last for years, decades even.

By the late 1970s and early 80s, spy satellites had moved into digital photography. But the satellites were often still limited, or constrained, by the number of images they could store, and the number or frequency of opportunities that had for "downlinking" images back to Earth. 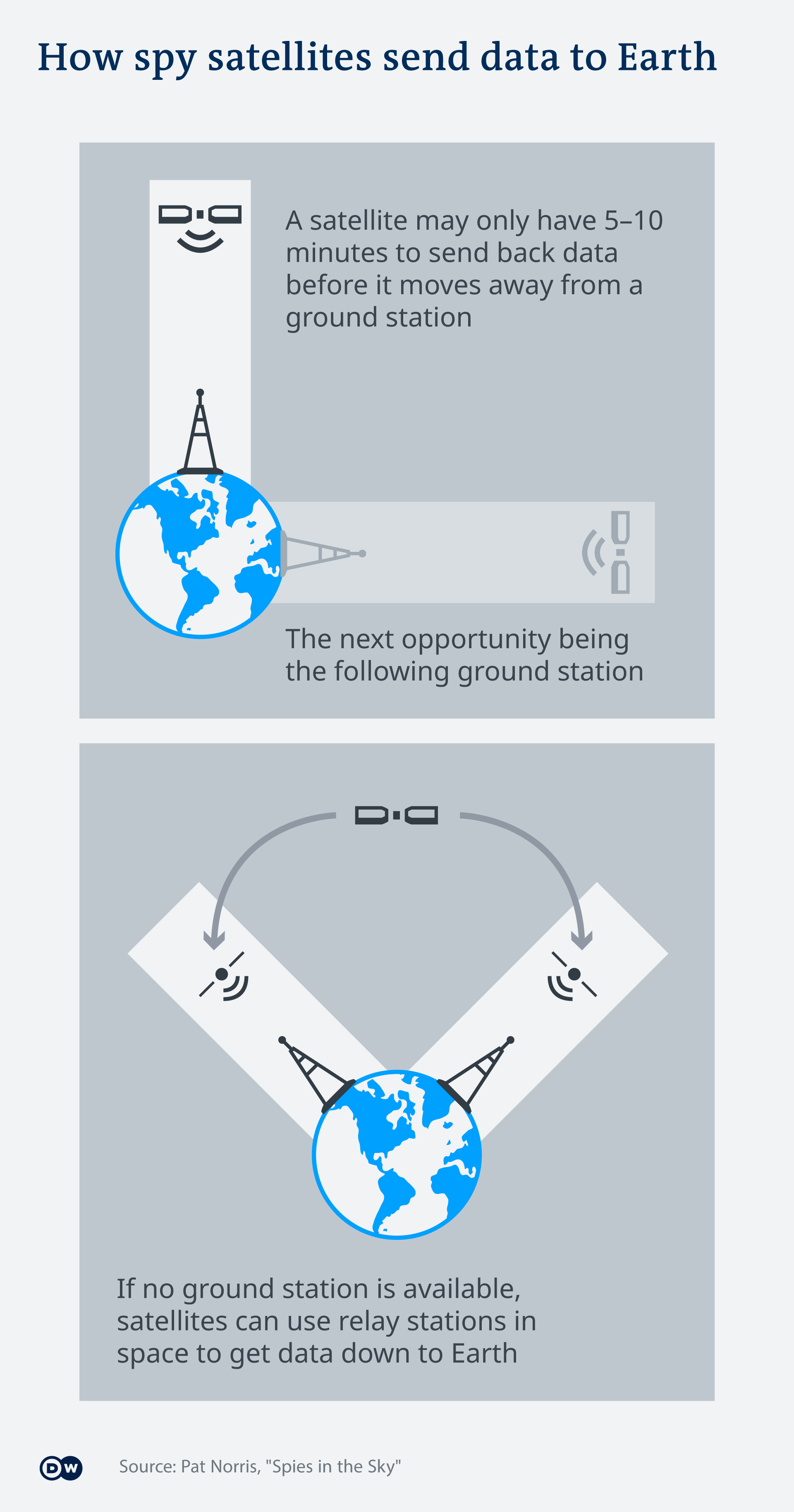 "The images are pretty big," says Norris. "They're about a gigabyte per 'scene,' and they take them 24 hours a day, so it does fill up. The Americans have got relay satellites in space, so they can get the imagery down as soon as it's taken. To a lesser extent, Russia and China are constrained... So are the Europeans and Israelis, because without suitable relay satellites, they have to download the imagery as they come over a 'friendly' station."

A blurring of boundaries

Since the early days, and the end of the Cold War, technology has advanced to such a degree that we are being watched — for good or for bad — almost constantly by military, commercial and non-governmental bodies. That includes satellites monitoring urban and rural development, agriculture, climate change, road traffic, or people smuggling.

Many of the companies doing the work are commercial or civilian. The NRO has started working with a commercial company called Rocket Lab, which launches from a site in New Zealand.

"Technically, the boundary has become very blurred and the best of the civilian satellites are taking pictures that would only have been available to military people less than 20 years ago," says Norris.

And governments do profit from the many commercial, hi-resolution satellites out there.

"These companies are spilling out vast amounts of images and all you have to do is pick that stuff up. You've no need to hack in," says Baker. "Governments buy up information via third-parties and often it's companies selling products in good faith to other companies, whose sole purpose is to pass that data onto governments."

But governments do still like to decide where their satellites look without having to ask anyone, or anyone else knowing, and a military satellite allows for that. It's also less likely that your data will be compromised, whereas a commercial satellite might be more vulnerable.

Why space debris is "good for space defense"

The number of active satellites keeps growing. But there's so much going in the world on that there still aren't enough to cover everything, everywhere, says Baker.

So, we keep on launching satellites. As a result, some people worry about congestion in space, or satellites bumping into each other, and the threat of a collision causing space debris that could damage other satellites or knock out communications networks.

But that may have benefits, too — little bits of spy satellite can hide in all that mess and connect wirelessly to create a "virtual satellite," says Baker. "There are sleeper satellites which look like debris. You launch all the parts separately and disperse them into various orbits. So, you would have sensors on one bit, an amplifier on another bit, a processor on another, and they'll be orbiting relatively immersed in space debris." 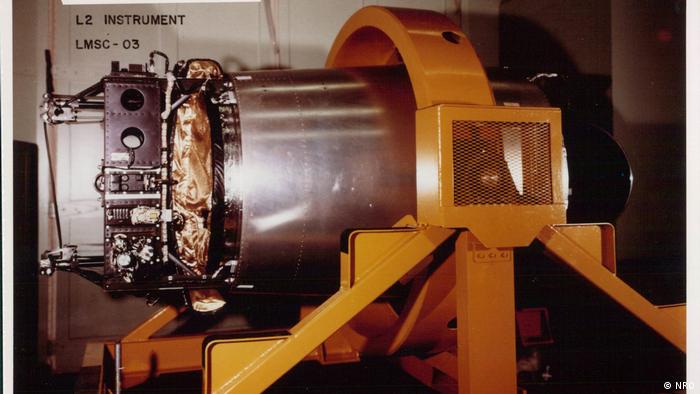 "Space debris is very good for the space defense industry," says Baker, "because the more there is, the more you can hide in it."

An arms race leading to conflict in space?

"Any country that's able to launch satellites is also able to destroy them by launching an object that will slam into [a target]. And countries have demonstrated that — America, China and Russia have been rumored to be doing it," says Norris. But he says that the very fact that there are so many satellites now — commercial and military — may prevent a government from starting a war like that, because there are simply too many satellites to knock out.

"But if countries put weapons in space, that could start an escalation," warns Norris. "It would violate the Outer Space Treaty and once you've done that, who knows what could happen." 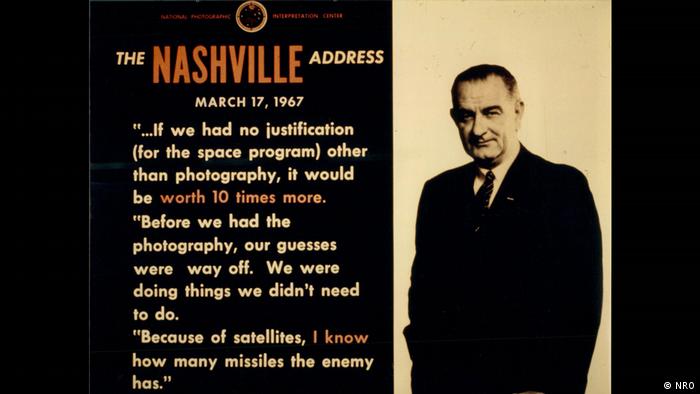 We may already be seeing signs of an escalation. India was outraged when a Chinese satellite allegedly surveilled Ladakh, a disputed area between India, Pakistan and China. But then India also flew one over Tibet, another disputed area. India has openly shot one of its own satellites out of the sky — just to prove it can. And France says it's investing in space lasers.

"Lasers and particle beam weapons — those were the dream ticket of President Reagan in the 1980s — you don't need all that hi-tech, gee whizz stuff," says Baker. "Kinetic kill devices or inspector devices, for coming up against other satellites and diagnosing them, all that is in force, and any objections and indignation is merely a cover for pretending that you're not involved in that kind of activity when they all are."

For Baker, it all comes down to the US Space Force.

"We are very much on the verge of potential combat in space, I believe. This was foretold by President Trump's introduction of the US Space Force," he says. "America has stated specifically that it will not allow any other nation to have a dominant influence in cislunar space, and that the Space Force will protect and preserve the Artemis Accords for getting back to the moon by 2024 against all hostile action. So as Europe gets signed up to the Artemis Accords, it's a concern that going from Earth to the moon will now be a partnership with the US Space Force."

Earth observation and citizen science — a match made in heaven

From reporting landslides to photographing glaciers, citizen scientists play a crucial part in many Earth observation projects. DW went to the International Astronautical Congress to bring you some examples.