The French government has announced that planned deliveries of two Mistral warships to Russia have been placed on hold. The first delivery was scheduled for October. 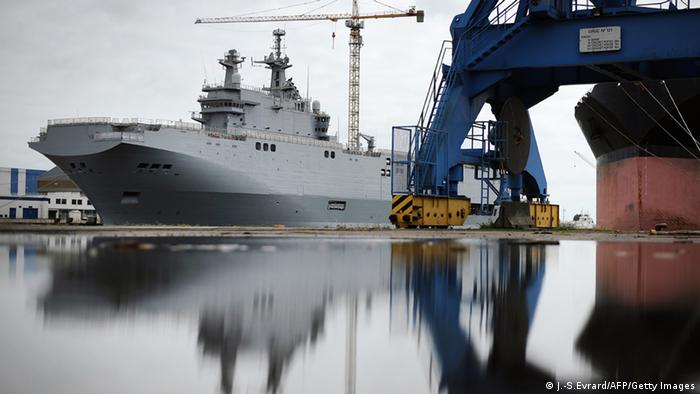 After a meeting of the French defense committee on Wednesday, Paris announced that the deliveries would not yet take place given the current unrest in eastern Ukraine.

"The President of the Republic declared that - despite the prospect of a ceasefire which still remains to be confirmed and implemented - to date, the conditions for France to deliver the first warship are not in place," a statement from the office of French President Francois Hollande read.

Given France's slow economic growth and growing unemployment, putting such a large chunk of change at risk by suspending delivery was likely not a decision taken lightly in Paris. It also comes following a recent reshuffle of Hollande's cabinet.

The first of two Mistral advanced helicopter assault ships was scheduled for delivery next month, and some Russian troops have already been training on the ship – called the Vladivostok – in western France. The second ship was to be delivered next year.

"Although of course it is unpleasant and adds to certain tensions in relations with our French partners, the canceling of the contracts will not be a tragedy for our modernization [of the army]," Deputy Defense Minister Yuri Borisov was quoted as saying by the Itar-Tass news agency on Wednesday.

France had drawn international criticism for the deal with Moscow given Russia's stance on the crisis in eastern Ukraine. The suspension was announced on the eve of NATO's annual summit in Wales.

At the beginning of August, Germany withdrew government approval for completing the export of a military exercise field simulator to Russia. Berlin had already put the deal on hold after Russia annexed Ukraine's Crimea earlier in the year. That deal, which was almost completed when suspended, was worth around 100 million euros.