People who were abused by priests and others within the Catholic Church in France will now receive financial compensation. French bishops had been slow to recognize the church's complicity in decades of sexual abuse. 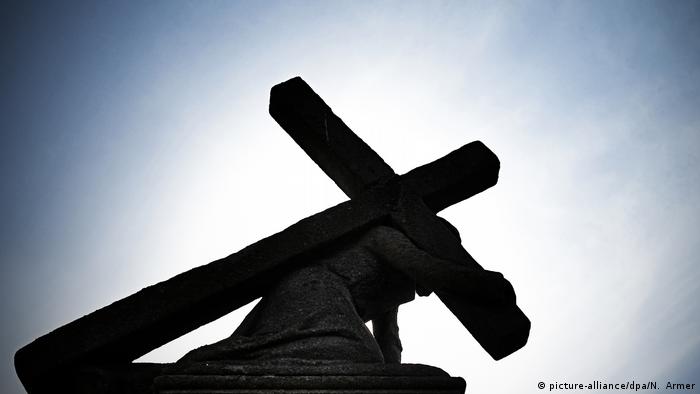 The Catholic Church in France announced on Saturday that abuse victims will receive financial compensation, following similar moves in Germany, Belgium and Switzerland.

The French Bishops' Conference voted in favor of the move during their biannual conference in the southwestern town of Lourdes. They did not agree on the exact amount but said that the payment should be a lump sum.

According to the agreement, any person who was a minor at the time of the abuse and who is recognized by their bishop as a victim will be eligible to receive money.

The fund will be financed by the church, although the bishops said that those responsible for the abuse should also be held accountable financially.

The president of the French Bishops' Conference, Eric de Moulins-Beaufort, said that the payments will recognize victims' suffering and "the silence, negligence, indifference, lack of reaction or bad decisions or dysfunction within the church."

The Catholic Church in Germany has so far paid victims €5,000 ($5,500) but voted this year to raise the basic level of compensation.

The 'colossal financial impact' of abuse

The bishops also voted to allocate €5 million ($5.5 million) to an independent commission investigating church sexual abuse in France and to support prevention efforts.

While the number of victims is not yet known, the independent commission examining abuse in the church said that 2,800 people have responded to provide testimony.

Moulins-Beaufort, who is also the archbishop of Reims, said he hoped that the fund would help bishops reconcile with victims.

The French Catholic Church was particularly slow in recognizing the church's role and complicity during decades of sex abuse, arguing that bishops couldn't be held responsible for the actions of their priests.

Francois Devaux, the president of an association of church sex-abuse victims, said that the compensation would help with the "colossal financial impact" that sex abuse has on children who struggle later as adults.

In 2016, an investigation by the online publication Mediapart found 342 cases of sexual abuse over the course of 50 years that had allegedly been covered up by French bishops.

Pope Francis convened the Vatican's first-ever summit on the issue of sex abuse in February and has urged church leaders to take action to confront the scandal.