Cardinal Philippe Barbarin has received a six-month suspended sentence for covering up the abuse of minors. He is one of the highest-ranking church officials to be found guilty in a sex abuse-related case. 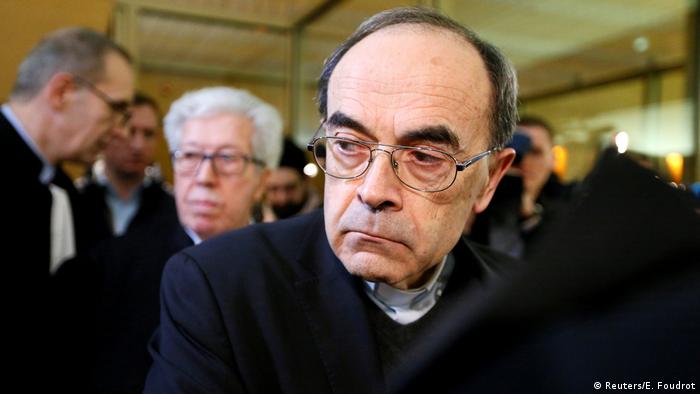 A French court on Thursday sentenced Cardinal Philippe Barbarin to a six-month suspended jail term for covering up the sexual abuse of minors by a priest under his authority.

The archbishop of Lyon is the highest-ranking Catholic official in France to be caught up in a child sex abuse scandal. The Catholic Church has been rocked by revelations of sex abuse by clergymen, prompting Pope Francis to hold a crisis meeting last month to tackle the issue.

Shortly after the court adjourned, Barbarin announced that he would submit his resignation to Pope Francis.

The Catholic Church around the world had been subject to a number of sex abuse scandals. The church has been criticized for not doing enough to bring perpetrators to justice, despite Pope Francis' pledge of "zero tolerance" on the issue in 2014, a year after assuming office.

Last month, an Australian court found Cardinal George Pell, who helped elect popes and ran the Vatican's finances, guilty of sexually assaulting two choirboys in the 1990s. The conviction made him the highest-ranking Catholic Church official to be found guilty of child sex abuse.