France and UK's Brexit row over fish drags on: What’s the catch?

Despite its insignificant share of both UK and EU gross domestic product, fisheries were one of the big issues in Brexit negotiations. Today, the industry is at the center of an angry dispute between the UK and France. 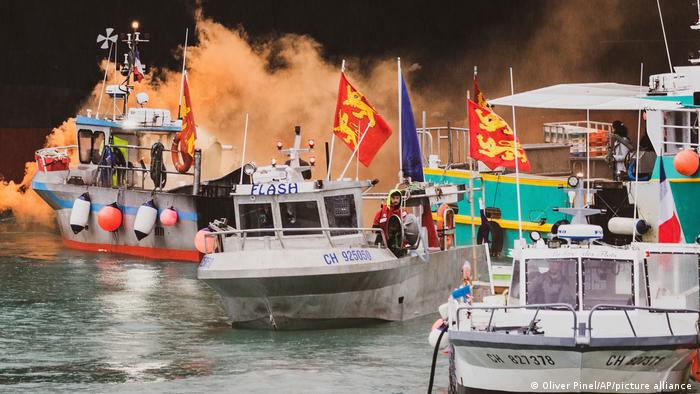 While a bitter row over the Northern Ireland protocol has been the focus for most of 2021, another epicenter of enmity has reemerged from the waters of the English Channel — fishing rights.

In the final days before the EU and the UK agreed its post-Brexit trade deal last Christmas, known as the Trade and Cooperation Agreement (TCA), fisheries were one of the last stumbling blocks.

As with the protocol, something which was agreed less than one year ago has come back to dominate EU-UK post-Brexit relations and appears to be back up for negotiation.

France says the UK has not upheld its part of the TCA fisheries deal, because it has denied several smaller French boats licenses to fish in UK waters.

The British say they have not received enough proof that those French vessels previously fished in Channel Island waters or UK coastal waters within certain time periods — an apparent requirement for a license.

The dispute reached boiling point last week and has developed into a full-scale political row. The French detained a British trawler and vowed that due to the British refusing to grant licences, they would prevent UK boats from landing at French ports. They also threatened to ramp up checks on UK imports to France from midnight on Monday (November 1), potentially leading to long delays on the British side. 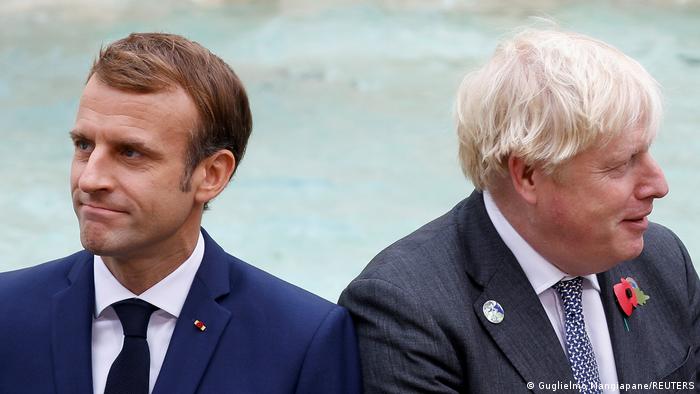 However, French President Emmanuel Macron postponed those plans a few hours before the deadline on Monday. "You don't impose sanctions while negotiations are continuing," he said at the COP26 climate conference in Glasgow.

Talks between the French and the British are ongoing, mediated by the European Commission. On Thursday, UK Brexit Minister David Frost will meet with French officials to discuss the issue.

A row over post-Brexit fishing rights between France and the UK has been brewing since shortly after the TCA was signed. According to that agreement, boats from the EU and UK have the right to fish in each other's waters until at least 2026.

However, once the post-Brexit transition period ended on December 31, 2020, entirely new data exchange systems for each other's boats had to be established, as the UK was now treated as a third country for the EU.

Both sides had to grant the other licences to fish in their respective waters, if they could show proof of having fished there previously during specific periods. The British say they have so far granted close to 1,700 licences for EU boats. The French dispute this figure and claim many of their boats have been unfairly denied licenses.

The situation with French boats is complicated by the question of the Channel Islands, specifically the crown dependencies of Jersey and Guernsey. The Channel Islands were never in the EU and arrangements for French boats in those waters were set out in the separate Granville Bay treaty between the UK and France, which dates back to 1839 and which was regularly updated. 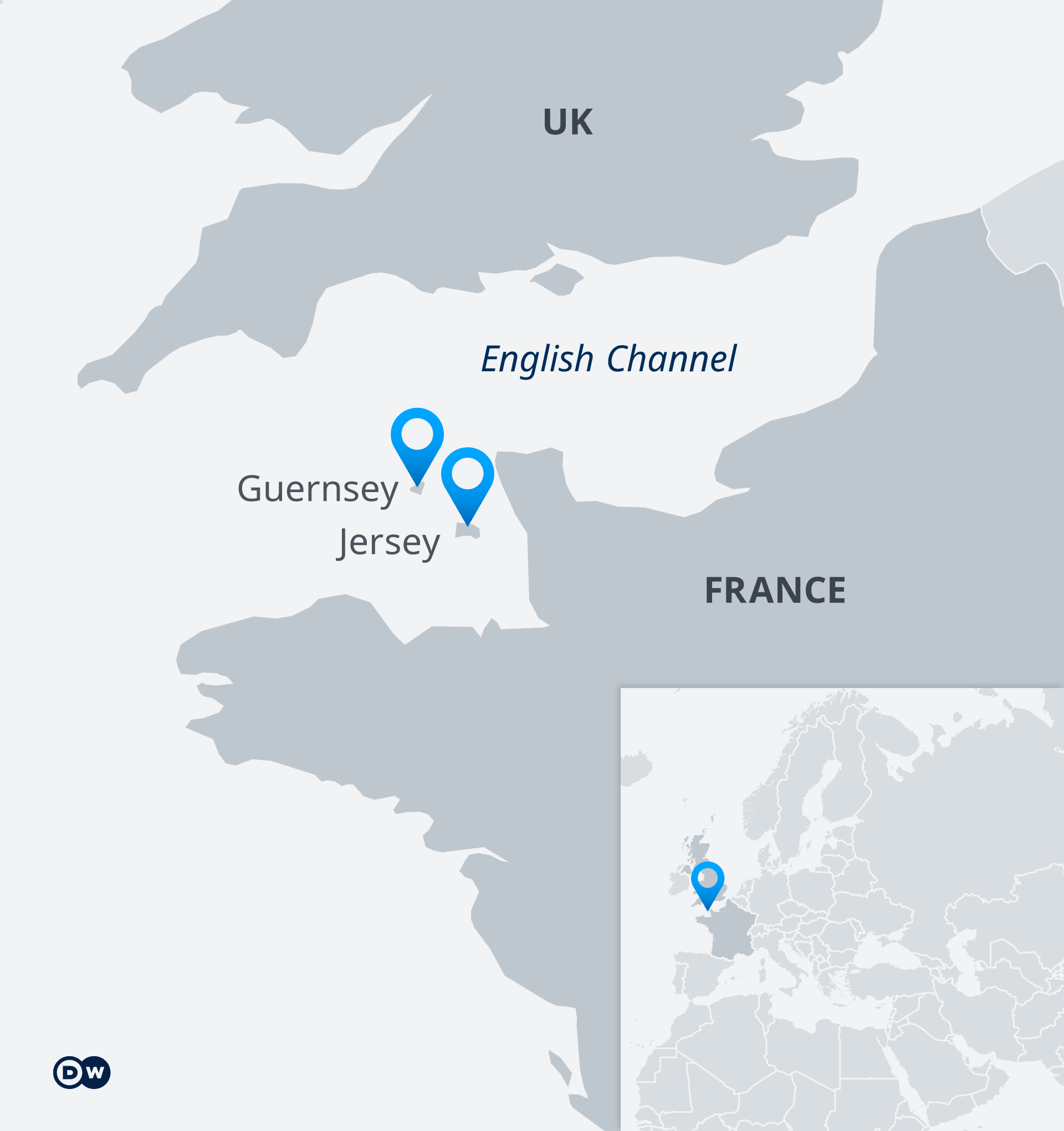 The Channel Islands are very close to France but are 'crown dependencies,' aligning them with UK fisheries policy

The French successfully negotiated for those arrangements to be included in the TCA. However, they say that the British and the Channel Islands have refused to grant full licenses to around 100 French boats that have the right to fish in those waters and in UK coastal waters.

Paris says most of the vessels involved are smaller boats, and under the EU's Common Fisheries Policy (CFP), those boats were not previously obliged to keep a vessel monitoring system on board, meaning they are not able to provide the data required.

At the heart of the dispute is the issue of French boats having to prove they previously fished in the waters they now seek licenses for. The UK insists the boats denied licenses have not shown the proof required by the TCA. The French are incensed and say the British are being "unsportsmanlike."

Despite the relatively tiny chunk of GDP represented by fisheries in both the UK and the EU, the issue has been both symbolic and highly sensitive throughout the Brexit process, particularly in Britain and in France.

While much of the dispute appears to be technical, relating to the minutiae of fishing boat licenses, it has now developed into a highly charged political row with the potential to exacerbate existing EU-UK tensions over the Northern Ireland Protocol and push the two sides closer to a trade war. 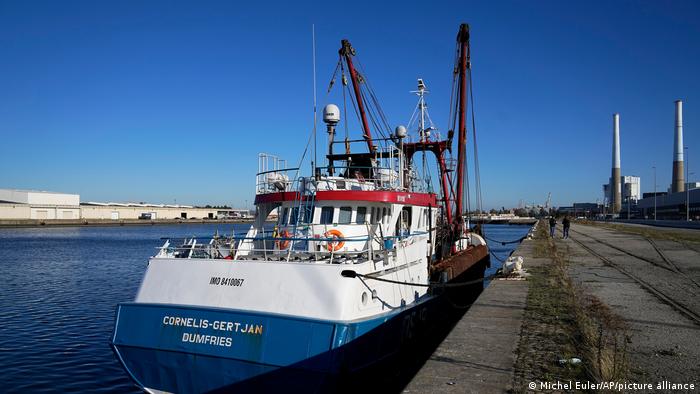 French authorities detained a British trawler (above) amid the escalating row

Both France and the UK have accused the other side of exploiting the issue for domestic political reasons. UK Foreign Secretary Liz Truss said "you might say there's a French election coming up" when asked what was causing the row. France's maritime minister, Annick Girardin, said "French fishing should not be taken hostage by the British for political ends."

Can it be reeled in?

The talks between UK Brexit Minister Frost and Clement Beaune, French secretary of state for Europe, may bring a breakthrough, or at least help bring down the temperature of the past week. It is believed that the European Commission is looking at the possibility of using other data, such as phone records, to show that boats seeking licenses previously fished in UK waters.

In a sign of a possible deescalation, a British trawler which the French had detained at Le Havre for not having the correct licence was released on Wednesday night.

However, even if the fisheries issue was surprisingly resolved, the question of the Northern Ireland Protocol has also greatly soured France-UK relations, with Macron angry at the UK's moves to renegotiate the special arrangements agreed for Northern Ireland.

Despite major EU concessions on that issue last month, officials in Brussels still expect the UK government to trigger Article 16, an exit mechanism from the protocol, in the coming weeks. That would almost certainly herald the start of a trade war, which would cost infinitely more than the catch of a few small boats.