France says the UK has failed to abide by Brexit agreements defining fishing rights off the island of Jersey. As tensions simmer, a French minister has even suggested cutting power to the island's residents. 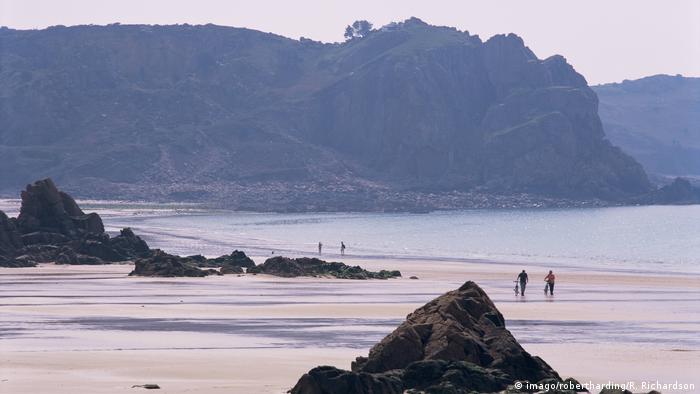 The French government on Tuesday threatened to take retaliatory measures against the UK, claiming that British officials have set new rules for French fishing boats in violation of Brexit agreements.

The post-Brexit tensions over shared fishing grounds have been simmering in recent weeks. French fishermen claim they are being prevented from operating in British waters because of difficulties in obtaining licences.

At issue currently, are demands that vessels fishing off the British channel island of Jersey be equipped with monitoring devices that allow UK authorities to track ships "where ships can and cannot go," said Annick Girardin, France's minister for maritime policy.

"If we accept this for Jersey, it would imperil our access everywhere," she added.

France threatens to turn off power

Girardin said Tuesday she told French lawmakers that the UK had awarded 41 fishing licenses to French captains, but that these had come with "absolutely unacceptable" terms.

Giradin said Paris was prepared to retaliate, even going so far as to suggest shutting off the undersea cable that supplies energy to Jersey in the English Channel .

During Brexit negotiations, fishing rights between the UK and EU member states were a major sticking point, with disputes over total catches allowed and how they should be allocated