Some are critical of the decision to turn Nuremberg's former Nazi Party rally site into a cultural venue. But can the arts play a role in remembering atrocities? 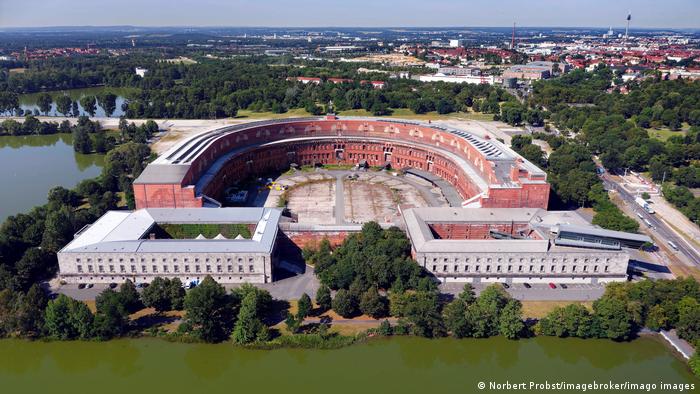 The Nuremberg City Council decided that the city's Congress Hall, built by the Nazis, will temporarily house the Nuremberg Opera. All the governing parties had approved the project ahead of the December 15 city council meeting.

The U-shaped building on the edge of the Zeppelin Field in Nuremberg was built to represent the full power of the Nazi regime. One was supposed to feel tiny when entering, intimidated by its overwhelming, soulless architecture. Hitler imagined that as many as 50,000 people — twice the number of people who could fit in the Colosseum of Rome — would cheer for him at Nazi party rallies.

A symbol of the Nazi failure

But nothing came of his grand vision. As with many other large-scale construction projects planned by the Nazis, the fascist party lacked the money and manpower to realize these visions —  World War II swallowed up all resources.

It remained standing as a symbol of the failure of the National Socialist megalomania.

Together with the   Colossus of Prora building complex on the island of Rügen, it is one of the largest preserved monumental buildings from the Nazi era.

Now the opera and ballet of the Nuremberg State Theater will move into the gigantic courtyard which will have a temporary roof built on top of it. Performances will then take place there. Workshops, rehearsal rooms and offices will be located in the U-shaped building.

Nuremberg's current opera house needs 7-10 years for its renovation, and thus investing in the temporary structure is considered to be worth the trouble. Nuremberg's head of culture has already said that the building could be used permanently as a cultural center.

'Memory must not be diluted'

Yet the project has many critics: "…do you want to dress up a building such as this as a fancy cultural center?" Florian Dierl, director of the Documentation Center Nazi Party Rally Grounds told German press agency dpa. Culture should not be allowed to dilute the function of the memorial site, he stressed.

Historians from several associations spoke out in an open letter, writing that the Congress Hall is one of the most important architectural legacies of National Socialism in Germany and not a property that can be used at will.

Historian Hans-Christian Täubrich believes that opera performances are out of place on this site: "That would simply distract from the main focus, which is this monstrosity," he told German public broadcaster Bayerischer Rundfunk. "This monstrosity is also a synonym for all the monstrous things that happened in the name of Germany during the Nazi regime," he added. 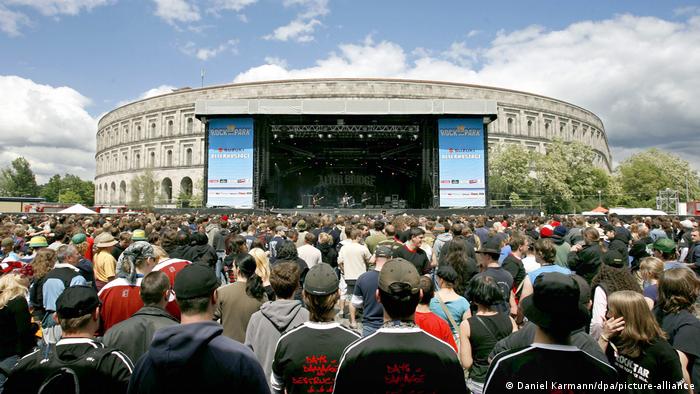 For years, there have been disputes over the building's use. In the early postwar period, it held exhibitions and meetings. In the 1960s, there were thoughts of converting it into a sports stadium. In 1987, the City Council rejected an investor's idea to convert the building into a leisure and shopping center.

Since 2001, the North wing of the building has housed the Documentation Center of the Nazi Party Rally Grounds, while the South wing has housed the Nuremberg Symphony Orchestra since 1963. In the summer, the orchestra plays open air concerts in part of the inner courtyard.

The orchestra's artistic director, Lucius A. Hemmer, told news site Nordbayern.de that he finds the idea of the opera company moving into the neighborhood "charming." He is happy that the conversation is finally taking place, and decisions are being made after years of debate. He has long hoped a decision would be reached as to how the building should be used: "To this day, we still don't really know: Is this now a memorial site or should we develop the building? Is it a ruin, a memorial, a museum, or a venue that I go to?" 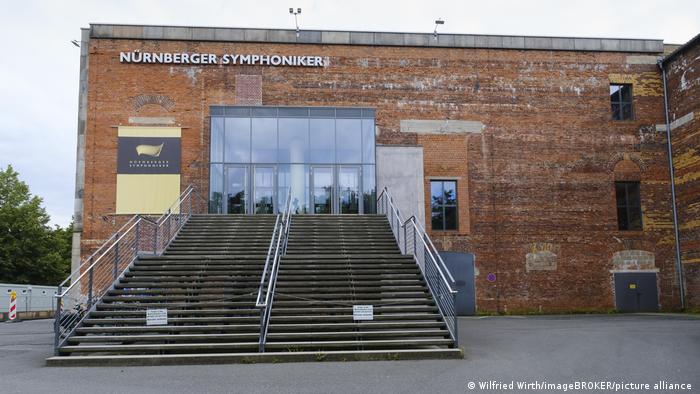 This question has arisen in relation to many Nazi buildings and will continue. In Berlin, there are plans to convert Tempelhof airport, which was conceived as being the kind of gateway to Hitler's utopian Germania, into a cultural center, as well.

Dealing with the legacy of National Socialism remains a sensitive topic in Germany and a great deal of importance is attached to the culture of remembrance. To some critics, depriving a Nazi structure as a place of history by changing its use is seen as irresponsible. It would be conceivable, however, for the opera to deal with the dark history of the site in its programs. After all, culture offers many opportunities to start a discussion about history — especially the Nazi past — instead of erasing it.