For some Egyptian women, FGM is not all bad

It's neither a lack of education, nor a religious custom that allows female genital mutilation (FGM) to prevail in Egypt. Three mothers explain their motivation for getting their daughters cut. 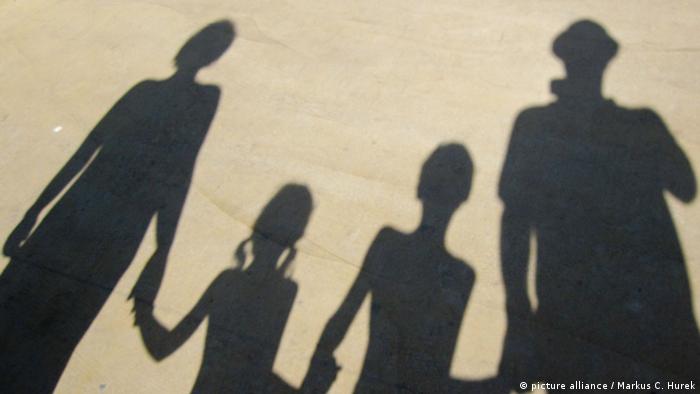 Living in a village in the south of Egypt, Mounira*, a 47-year-old government employee, remembers her experience with FGM as "horrible and painful." Women like Mounira - who have been cut themselves - usually want the practice to end. But not Mounira.

In Egypt, a slight majority of women - 53 percent - is in favor of continuing FGM. In rural areas alone, 82 percent of women support the continuation of the practice.

The north African country ranks number four among the 29 countries with a high prevalence of FGM - it is only topped by Djibouti, Guinea and Somalia. According to #link:http://bit.ly/1OTn2jW:Egypt's 2014 Demographic and Health Survey (DHS)#, 92 percent of married or previously married women aged between 15 and 49 were cut. And that's despite the government having outlawed the practice in 2007.

Experts have claimed that a lack of education and the worsening economic situation of millions of Egyptians are a direct cause for the endemic practice. However, the survey's results, as well as women like Mounira interviewed in this report, may prove otherwise.

It has nothing to do with education'

Mounira is well-educated: She fought hard to get her university education twenty years ago. It was a tough battle to convince her family to let her move to another governorate in order to get a university education before she finally managed to join a school of business.

"It has nothing to do with education or how much money you have, we were told that girls should be genitally circumcised when they grow up. These are norms and traditions we inherited from our grandmothers through the ages," Mounira explained.

Mounira was cut by a "Daya," the name for a midwife in colloquial Egyptian Arabic. She remembers bleeding for two days after the operation was conducted with a very sharp knife and without any form of anesthesia. When asked about why she made her two daughters go through the same thing, she said: "It is no longer the same horrible experience. It is now conducted by an experienced doctor using anesthesia. Why should I fear then?"

Despite describing her experience as horrible, Mounira said that the cutting did not affect her life afterwards, and that she enjoys a healthy life with her husband.

'We won't stop because a girl died'

Samar*, who had her 12-year-old daughter circumcised last year in the northern city of Tanta, also explained that the procedure her daughter underwent was a simple one. "Doctors do it with a laser now. When we told her that she would be circumcised, she said that her friends at school had the laser operation and she wants to do it the same way," Samar, who runs a kindergarten, explained.

Apart from the new safer methods that Samar described, she also mentioned the case of one girl in the same village who bled to death after being cut. "But this is very rare. We won't stop it because a girl died," she added.

The demographic and health survey indicated that 82 percent of FGM operations in Egypt were carried out by professional medical personnel.

However, in an #link:http://bit.ly/1QCdevP:unprecedented court verdict# early this year, a doctor was sentenced to two years in prison for illegally performing FGM on a 13-year-old girl who died after the operation last year.

'To keep their chastity and purity'

FGM in the colloquial Egyptian Arabic is called "Tahara," which translates loosely as purity. Both Samar and Mounira said that their girls were circumcised "to keep their chastity and purity".

"If a girl is not circumcised, you won't know what is happening inside her. She will be always sexually aroused, and she should not feel that. She will be even more aroused than her husband and this should not be allowed," she said, lowering her voice when referring to sexual desires, like all the women interviewed did.

Samar was nine years old when she was circumcised. She said that she didn't know about the operation beforehand, but she took things very lightly: "I had to face the reality: 'I will be circumcised anyway,' I said to myself."

Had she been living in another country where FGM is not prevalent, Samar said she would have still had her daughter have the operation. "My relative lives in Qatar and came to the village specifically last month to circumcise her daughter," she said.

FGM is not an Islamic tradition

Egyptian-based Al-Azhar University, the Muslim world's leading Islamic university, has officially declared that FGM is not an Islamic tradition. None of the women interviewed used any religious explanations for the practice, which clearly shows that local traditions can be much stronger than religion.

Amal* is a Coptic Christian woman living in the southern governorate of Asyut, who also explained that Christians and Muslims alike believe in the practice in her community. "We got advice on how to do the cutting properly from our Muslim neighbors," she said.

In her opinion, an uncut female vagina will "annoy" a woman's husband during sex. "It will also annoy her because it will be too big, and her husband won't know how to deal with this," she explained.

Amal said the practice has nothing to do with religion or education, and that the chastity of all women should be protected. "These are traditions that we have been used to for generations, and I will ask my sons and daughters to do the same to their girls when they marry," Amal affirmed.

*All the names of women interviewed in this story were changed at their own request to protect their privacy.