For many migrants, the dream of freedom ends in Lesbos | Europe | News and current affairs from around the continent | DW | 19.09.2020 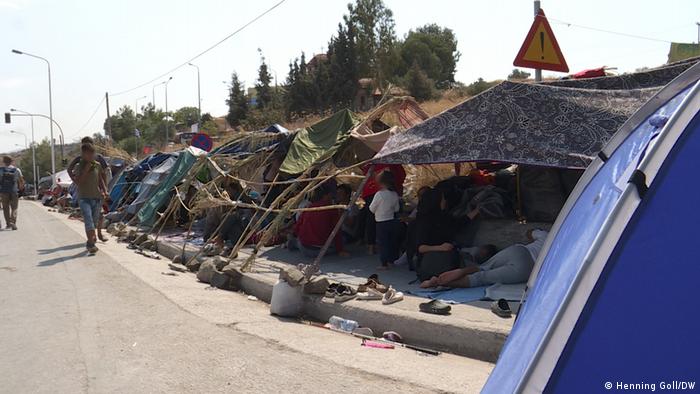 "We had some hope, but we have lost it. We thought the government would take us to Athens now," says Muhammad Sator Massi. Muhammad, who is 19, is sitting alone on a curb in the blazing sun, looking down at the ground in resignation.

Near him, Greek garbage collectors are at work, loading one blue garbage bag after the other onto their truck with a crane. Today, they have started getting rid of the traces left by the past week. The road leading from Lesbos' capital, Mytilene, past the Moria migrant camp is littered with plastic bottles, packaging and the remnants of temporary shelters. The bushes at the side are full of rubbish. Even though the sea is just a few steps away, there is a terrible stench.

Muhammad has fled from Afghanistan with his aunt and uncle and their six children. They have already been on Lesbos for nine months. He says that it has been a terrible time that has left deep marks on him. After the fires last week, he set off for the capital with the other camp residents. Police stopped them and sealed off the section of road they were on. Muhammad and his family were among those forced to sleep in the open air, some on cardboard cartons on the bare ground.

They spent more than a week under these conditions, then the police began clearing the improvised camp bit by bit. This morning, they arrived at Muhammad's tent. The family was eating at the time, he says. A police officer threw their belongings all over the place and yelled at them, then began demolishing their shelter, Muhammad says. 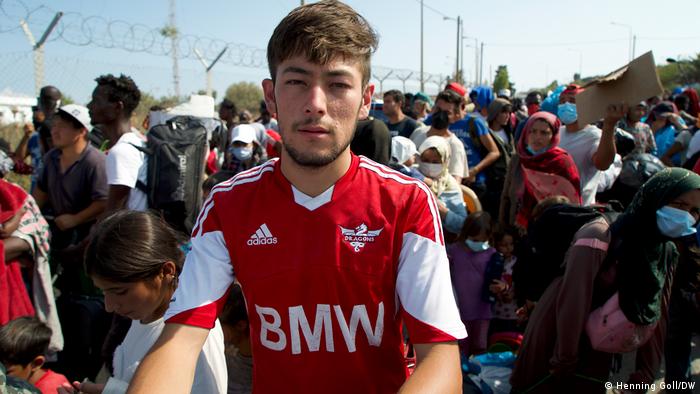 Muhammad feels that he is wasting precious time on Lesbos

Doubtful about conditions in the new camp

Now there is a new camp, called Kara Tepe. "They are forcing us to go there. We don't have a choice. I don't think it will be better than Moria; it will just be a repeat," says Muhammad.

Like most people here, he is afraid that the conditions there will be just as unbearable or even more so than in Moria: thousands of people in a confined space without enough toilets and showers, too little to eat, barely any medical care and violence every night.

A spokesman for the Greek Migration Ministry insists that the conditions in the new camp are good, with toilets, running water and electricity. And he says its capacities are being expanded.

But people who are already in the camp have reported the opposite, saying that there are far too few toilets, meals just once a day and no mattresses or blankets in the big white tents provided by the UNHCR and the Red Cross. Many are also worried because the camp, set up in haste on a former army drill ground, is likely to be situated on soil full of toxic substances and munitions. While it was being constructed, soldiers with metal detectors could be seen searching the area around the tents. But the Migration Ministry spokesman declares that "everything is safe." 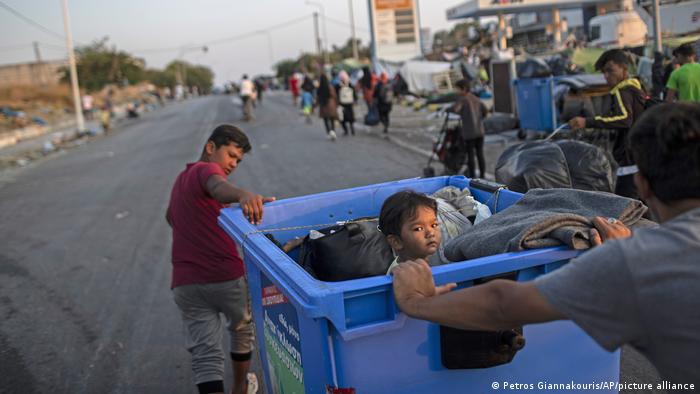 The move to Kara Tepe has been chaotic

For refugees like Muhammad, the biggest problem is the uncertainty about whether they will be allowed to leave the camp later. Greek officials have announced that it is initially to be put under quarantine, after more than 200 cases of coronavirus infection were recorded in the past few days. After two weeks, residents will be allowed to leave the camp during the day, they say. But that is not certain, and Muhammad and others are worried.

"We came here looking for protection. We aren't prisoners. I have been on Lesbos, in Moria, for a year. I can't bear it any longer," he says.

Muhammad slowly gets up, because he wants to go down the road to his aunt's family and register in the new camp with them. He seems tired and worn out. The road around him is almost deserted. Apart from the Greek garbage collectors, only a few people occasionally come by: a family from Afghanistan laden with plastic bags, a young man from Congo carrying an old, dirty tent. Muhammad sets off in the same direction and walks slowly toward the new camp. 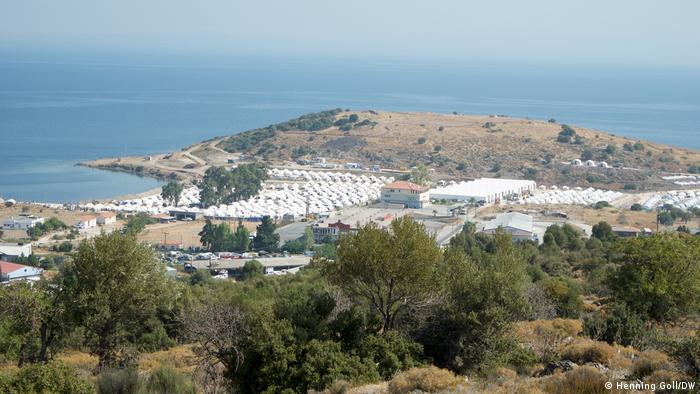 The new camp was set up in a great hurry

He is smoking a cigarette. "I never used to do that; I was sporty and kept away from people who smoke. But now it calms me down," he says.

He says he has changed a lot in the time here and that he is mentally exhausted. "We are losing a part of our lives here. It doesn't feel as if we are alive," he says while going past a police bus.

In Afghanistan, he was well-off financially, he says. His father is a member of the provincial council in Wardak province and owns a water company. His family had money but no security. One day, Muhammad recounts, he was on his way home from school when he was stopped by some men in a car. They said they were friends of his father and asked him to get in. When he refused, they tried to drag him into the car, but he was able to pull free and run away. "When you go to school, you don't know if you will come home alive," he says.

He decided to flee to Europe with his aunt. But he has given up hopes of starting a new life here, perhaps in Germany. He wanted to learn the language, study medicine and play football, his great passion. 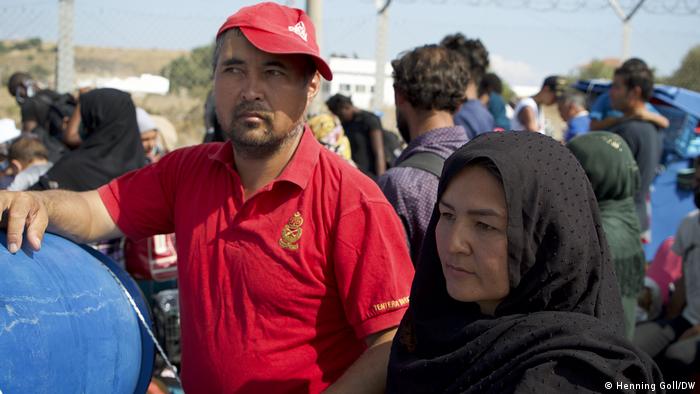 Rather be deported than be a prisoner

By now, Muhammad has arrived at the new camp. Next to the road, there are groups, mostly of men, sitting and waiting in the shade of low bushes. For the moment, only families are being allowed to join the queue before the entrance. They are standing tightly packed. The police, equipped with protective clothing and masks, keep at a distance. Each person is registered and given a coronavirus test.

Muhammad said earlier on that he would rather be deported back to Afghanistan and die there than go to this prison. But now he has no choice. He sees his aunt standing at the front of the queue. Slowly, his head bowed, Muhammad pushes his way past the other families and disappears in the crowd.

Adapted from the German by Timothy Jones