When 16-year-old Ansu Fati made his debut for Barcelona, even Lionel Messi was impressed. However, tough times await the Bissau-Guinean with the demands on young footballers at an all-time high. 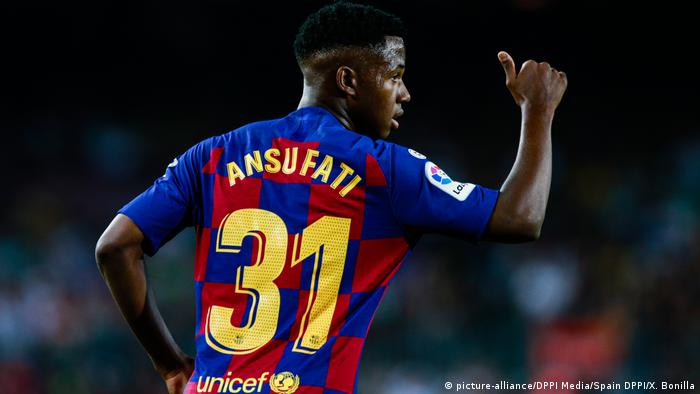 After making his first appearance in first-team training for Barcelona, Ansu Fati took to Instagram to caption a photo: 'Dreams come true'. Less than a week later and the 16-year-old must be on cloud nine.

On Sunday, Fati made his La Liga debut as he came off the bench to rapturous applause at the Nou Camp with 78 minutes played of Barcelona's 5-2 win over Real Betis. His reward in the player's tunnel after the final whistle? A hug from one of the greatest footballers to ever take to the pitch, Lionel Messi.

What more could Fati have asked for on a "magical" Sunday evening? At the age of just 16 years, nine months and 25 days, he became the second youngest league debutant in Barcelona history - defender Vicente Martinez was 18 days his junior when he took his bow in 1941.

In 2002, Ansu Fati was born in the west African country of Guinea-Bissau. He also owns a Spanish passport and since 2013 the left winger has been honing his skills while on the books at Barca's academy and has been hailed the "jewel of La Masia". His current contract, which runs until 2022, has a €100 million ($111m) release clause written into it.

All this before making an earlier-than-expected debut in Spain's top tier in front of over 80,000 football fans. "I'd think playing in the Nou Camp for the first time would be impressive, but it could be intimidating too," says Johanna Belz, a sports psychologist at the Deutsche Sporthochschule in Köln.

"Coming onto the pitch for the time after being substituted to huge applause produced pride and strengthens self-confidence. It also has the propensity to foster arrogance though, when they go from playing with Lionel Messi or Antoine Griezmann back into the youth teams."

Nevertheless, the 33-year-old scholar believes Fati would have been well prepared for the start of his professional career. "Fati has already played for Barcelona's Under-19s and their reserve team. So he knows the club's culture, the stadium and had probably already built up a rapport with some of his teammates. Those are perfect preconditions."

Bundesliga: An exception to the rules

In the Bundesliga history books, the youngest player to make his debut was Nuri Sahin in 2005, who first took to the pitch aged 16 years, 11 months and two days as a Borussia Dortmund player. There's a chance that the now Bremen star could be dethroned in the near future with Youssoufa Moukoko waiting in the wings. The 14-year-old from Cameroon has netted nine goals in four games since making the step up to BVB's Under-19s and, like Fati at Barcelona, has had praise heaped on him by club officials and the media alike. 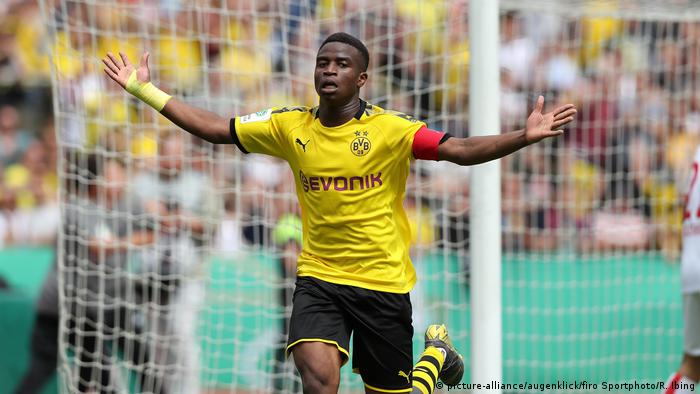 In Germany's top tier, underage players are only allowed to make an appearance as an exception, in the context of promoting young talent. Their inclusion comes with several parameters. The Bundesliga clubs have to apply to the Deutsche Fußball Liga (DFL), the parents/guardians have to agree, a sports doctor must declare it safe for the player in question to feature and the player has to turn 17 within the year in question. Furthermore, they have to have played for either a DFB youth side or the senior side of a national team.

From the sports psychology perspective, there are no age restrictions in place that can help foster a good start to a professional career, says Johanna Belz. It comes down to the individuals themselves. "Through puberty and the adolescent years, young footballers will have had to master several developmental changes, new relationships and spending time apart from their parents. And then you add the demands of professional sport on top of that. You can't just focus on performances at that point, you have to ensure they are developing on a personal level as well and that they're staying healthy both physically and mentally. The demands are intense."

The difficulties, according to Belz, rarely arise during a debut, but rather when things take a turn for the worse on a sporting level and questions arise: "What happens in the case of a defeat? How should I present myself when I face the press? What should I say or not say? Do I let my emotions flow or not?"

Belz also points out that the DFB have made it a requirement for Bundesliga sides to employ sports psychologists at their youth academies to support the young players. "But you can never prepare them for everything. Football is a fast-moving career path, sometimes involving decisions that would be difficult for an adult to make."

On top of that there's the possible influences of "agents and head coaches, who don't necessarily have the player's best interests at heart, but their own. You have to protect young players and they need a good network of people they trust: Parents, friends, teammates and maybe even a sports psychologist."

Fati is more than likely to experience very different days compared to last Sunday's starring moment. "The media presence he's projected for is growing. He may soon be confronted with criticism from a head coach, teammates, but perhaps also the fans. He's got to compare himself to older players like Messi or Griezmann and prove himself against them," said sports psychologist Johanna Belz. "It's not easy for a 16-year-old to slot himself into a first-team set-up and gain acceptance." After all you don't sit on cloud nine forever.