Bundesliga club Cologne have publicly welcomed a fan's decision to terminate their membership over the club's new away kit. The jerseys feature the city skyline, including a mosque, which the fan "can't identify with." 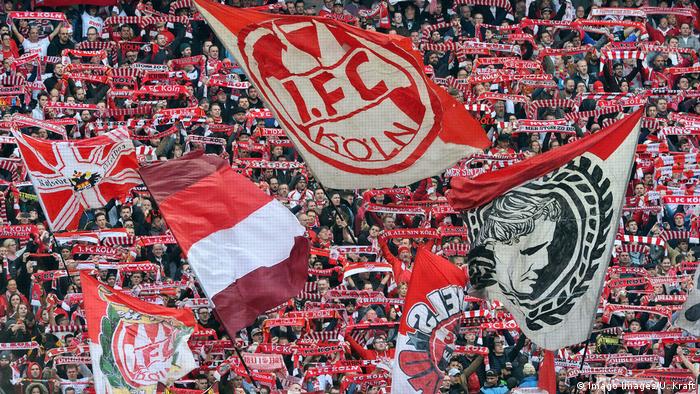 Normally, losing a fan would be a cause for concern for any football club, but Bundesliga side Cologne have made an attempt to put principles before profit.

On Tuesday, the German oufit publicly waved goodbye to a fan who objected to a particular element of their new away kits on Twitter.

Alongside Cologne Cathedral, the river Rhine and other city landmarks, Cologne's new jersey also has a depiction of a mosque woven into the fabric.

The fan claimed the decision to represent the building on the shirt effectively made Cologne a "religious organization" and that they could not "identify with Muslims and mosques" before suggesting they would soon be playing in pink kits. The club took his suggestion at face value.

Situated in the west of Germany, Cologne has a significant Muslim community and the club have previously said that adding the mosque to the shirt design was meant "as a sign of inclusivity in the city."

But the Cologne Central Mosque, officially opened in 2018 by Turkish President Recep Tayyip Erdogan, has proved controversial, with the Turkish government's religious affairs authority in Germany, the DITIB, contributing to its construction costs.

"The mosque is symbolic of the large Turkish community in Cologne, where there are many diehard FC fans. And it has become an unmistakable part of the Cologne skyline" he said. "This applies regardless of how one stands politically in relation to the operator of the mosque [the DITIB]."

However, Seyran Ates, founder of a liberal mosque in Berlin, was among those pointing out that the latter part of Wehrle's explanation made the incorrect assumption that Turkish people in Germany were "one homogenous mass."