German Foreign Minister Steinmeier has warned the US and Russia to avoid escalating the conflict in Syria. The foreign minister heads to the region over the weekend to meet with Iranian and Saudi officials. 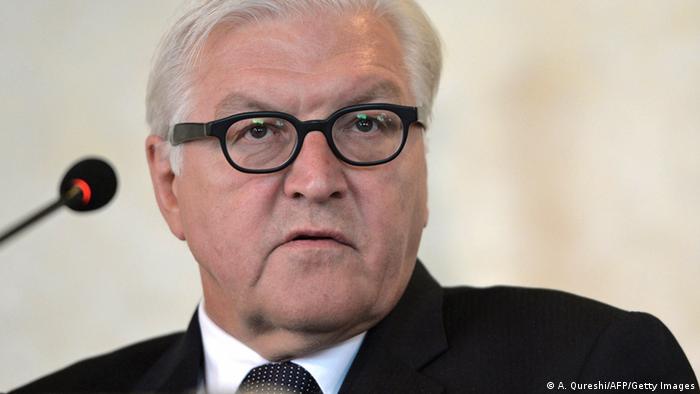 German Foreign Minister Frank-Walter Steinmeier will head to Iran, Saudi Arabia and Jordan for a four day visit starting on Friday evening to discuss regional security and the war in Syria.

"We must strive to help build bridges between Iran and Saudi Arabia so that it becomes conceivable that in the end we can get all the regional partners we need at one table," he said on Wednesday, referring to the conflict in Syria.

Steinmeier will meet his Iranian counterpart Mohammad Javad Zarif and President Hassan Rouhani, as well as other senior officials from Iran and the region on Saturday. On Sunday he will head to Saudi Arabia, then on to Jordan for a conference.

Iran and Saudi Arabia are regional rivals on opposite sides of the conflict in Syria. Iran has backed the Assad regime and is deploying troops alongside Lebanese Hezbollah fighters as part of a ground campaign supporting by Russia air power to take back territory from rebels.

Saudi Arabia has been one of the biggest backers of Syrian Islamist factions fighting the Assad regime.

The EU is pushing for an urgent political solution in Syria as the conflict spills over into Europe, with Germany alone expecting between 800,000 to 1 million asylum seekers, mainly from Syria and Iraq, by the end of the year.

Steinmeier also said he wanted to "urgently caution the US and Russia not to military engage in a way that in the end could lead to a conflict." The US and Russia are in discussions on how to "deconflict" airspace in Syria since Russia began an air campaign targeting the so-called "Islamic State" and other rebel groups.

Steinmeier's warning comes as US defense officials said American and Russian warplanes had come within a few kilometers (miles) of each other on Saturday.