Russia, Syrian government forces ramp up fight against IS

Fierce fighting has taken place between Russia-backed forces and the "Islamic State." Various reports have suggested that the militant group has lost ground. 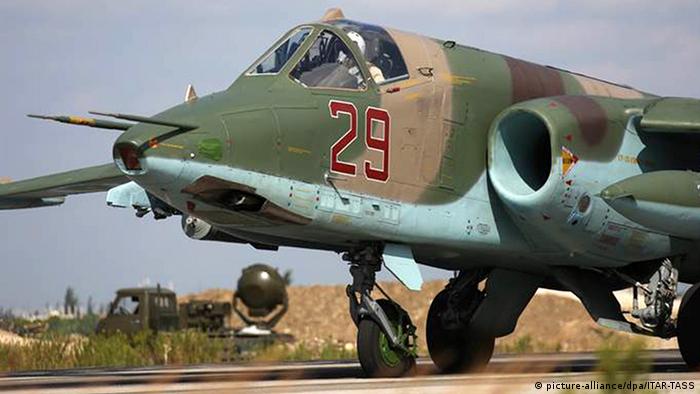 Fighting intensified in Syria on Saturday, as Russia, along with forces loyal to President Bashar al-Assad, targeted areas held by the "Islamic State" (IS).

In a statement, Moscow said Russian airstrikes had managed to hit 55 IS targets.

"In the initial stage of our operation, our aircraft destroyed the principal and largest logistical hubs of the ISIS terrorist group," said the Russian Defense Ministry, using another acronym for IS. "This has led to a significant reduction in the fighting potential of armed groups, and a reduction in their mobility and their capacity to launch offensives."

Also on Saturday, a state-run Syrian news agency said government forces, accompanied by the Russian airstrikes, had regained control of a village in the northern part of the country.

As Moscow ramps up its military presence in Syria, Washington is mulling ways for the two governments to coordinate in spite of apparently different objectives.

On Friday, Washington announced it would resume talks with counterparts in Moscow regarding proposed safety guidelines meant to prevent accidents between US and Russian jets.

This show of cooperation belies a strong sense of distrust between the two countries, with the US and its allies accusing Russia of targeting forces seeking to topple Assad, whom the US-led coalition opposes.

Reports also emerged on Saturday that Islamist rebel groups, such as the Ahrar al-Sham group, had also managed to regain territory from IS.

Fighters belonging to the 'Islamic State' group are reportedly closing in on the northern Syrian city of Aleppo. Regime troops are stationed in the country's pre-war commercial capital. (09.10.2015)

The United States has announced changes to the program it instituted to train and equip select Syrian rebels. The moves comes as fighting in Syria has escalated. (09.10.2015)