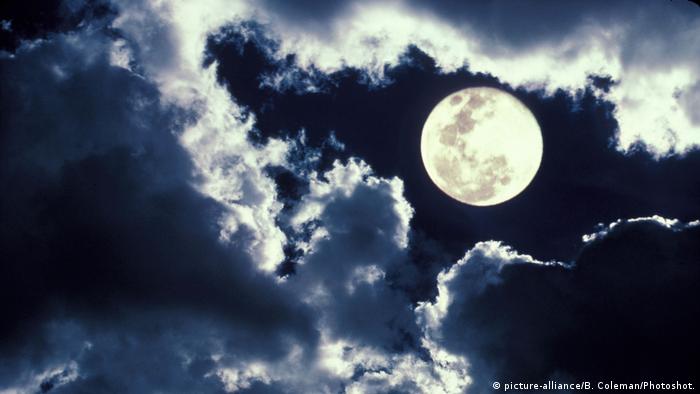 A mysterious fireball was sighted streaking through the night sky over western Germany over the weekend, astronomers said Sunday.

The bright streak lasted 5-to-7 seconds, ending in a jade color and breaking into two smaller blips, a witness at Siegen near Bonn told the "fireball network" run by Berlin's Technical University (TU) and the German Aerospace Center (DLR).

"Most probably it was an asteroid fragment that had entered the atmosphere," said DLR fireball expert Dieter Heinlein, positioning Saturday evening's eye-catcher roughly over Kassel city in central Germany.

Read more: Shooting stars: What we know and still need to find out

Within hours, some 90 sightings were notified to the network, said Professor Jürgen Oberst, head of planetary geodesy at Berlin's TU, on Sunday.

"A very bright fireball from Düsseldorf-Ludenberg in the [easterly] direction toward Mettmann. Broke into many parts. Local time 18:40," the observer told RP.

From Schleswig-Holstein state in northern Germany, another witness told the Gahberg observatory in Austria: "Sighting of a bright object with a green tail flying from west to east."

"Tail 3-4 times the size of the object, with small parts detaching," he added.

Read more: Largest meteorite in Germany discovered after sitting for decades in garden

Fireballs, classed as being visible for more than 5 seconds, occur on average 30 times a year over Europe — brighter and longer than "shooting star" glimpses — and especially in November and December, according to the DLR website.

A similar presumed fragment was sighted over Austria on November 19, said Heinlein.

Several all-sky cameras located in Berlin captured in October 2015 a bright fireball reported by many witnesses over eastern parts of Germany and neighboring Poland.

Asteroids, according to DLR, are small leftovers from our solar system's phase of planetary formation, now mostly orbiting between Mars and Jupiter.

Tips on identifying a fragment that crash-lands, a so-called meteorite, are also given on DLR's website, including very heavy mass, magnetic quality and smooth surface.

Scientists hope the sample will offer insights to the origins of life and the solar system. If the spacecraft successfully returns to Earth, it will have collected the largest sample from space since the Apollo era.

What should we do if at some point a giant asteroid or comet comes hurtling toward Earth? This week, experts in Maryland are discussing the dangers of meteorites and possible defense strategies.