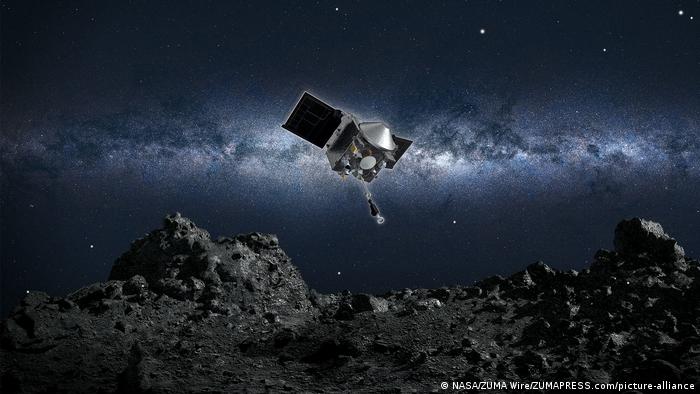 A spacecraft on an asteroid rock-gathering mission gathered so much material that it has jammed a door open, allowing rocks to spill back out into space, National Aeronautics and Space Administration (NASA) officials said on Friday.

The Osiris-Rex had traveled around 320 million kilometers (200 million miles), to collect samples from Bennu, a skyscraper-sized asteroid,in the first such mission for NASA.

The spacecraft reached its destination on Tuesday, briefly touching the asteroid with its robotic arm to gather rocks.

The sample container on the end of the arm penetrated so deeply into the asteroid and with such force that rocks got sucked in and became wedged around the rim of the container's lid.

Scientists noticed what had happened after images of the spacecraft's collection head beamed back to ground control.

"Quite honestly, we could not have performed a better collection experiment," said the mission's lead scientist, Dante Lauretta of the University of Arizona. "We're almost a victim of our own success here." 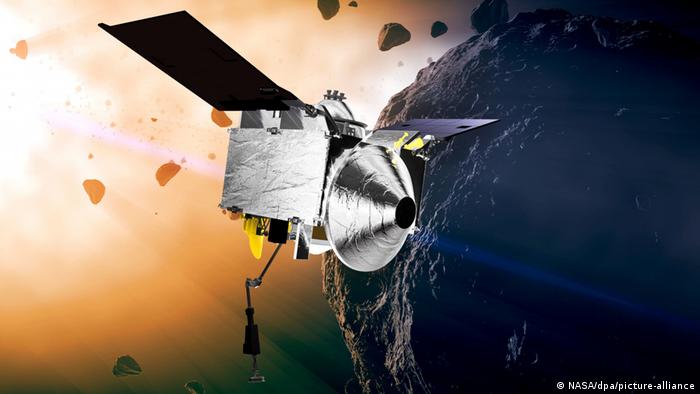 The sample grab was the first of its kind for NASA

The mishap had the mission team scrambling to stow the collection container to prevent additional spillage. The team even decided to skip the additional sample measuring phase.

NASA will not know how much material its probe had collected until the sample capsule returns in 2023.

"As you can imagine, that's hard … but the good news is we see a lot of material," said Lauretta.

The requirement for the mission was to bring back a minimum of 60 grams from the asteroid.

The roughly $800 million (€674 million), minivan-sized Osiris-Rex spacecraft, built by Lockheed Martin, launched in 2016 to grab and return the first US sample of pristine asteroid materials.

Japan is the only other country to have accomplished such a feat.

Asteroids are among the leftover debris from the solar system's formation some 4.5 billion years ago. A sample could hold clues to the origins of life on Earth, scientists say.