For almost two years, the NASA space probe OSIRIS-REx has orbited the asteroid Bennu. Now it is set to land on the asteroid. Observation suggests that Bennu could become dangerous for Earth in the 22nd century. 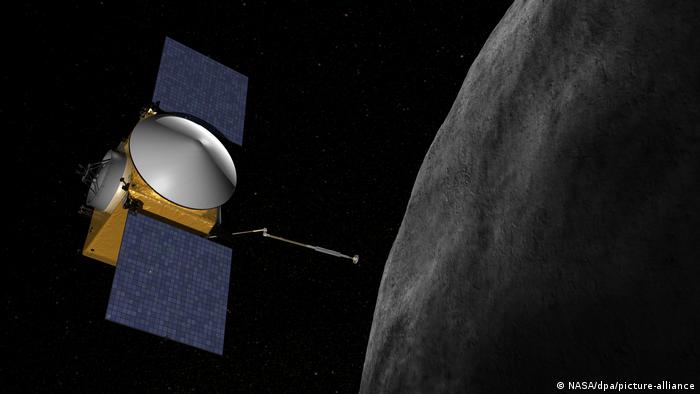 The NASA space probe OSIRIS-REx has been orbiting Bennu since December 2018. The probe was launched in Cape Canaveral, Florida, on September 8, 2016, on an Atlas V 411 rocket.

On Tuesday, it is scheduled to perform one of the most riskiest tasks of its long journey: landing on the asteroid and taking samples to bring back to Earth.

The spacecraft will not start its return journey to Earth until March — when the perfect window for its return opens as the celestial bodies assume a favorable constellation. If all goes to plan, the samples should arrive on Earth in September 2023.

Entering the asteroid's orbit was relatively easy. But getting up close and collecting the sample is a real challenge. "The most critical phase is to go down: You have to move very slowly, otherwise the spacecraft hits the surface and gets damaged," Harald Michaelis of the DLR Institute for Planetary Research in Berlin, who was on the team that prepared the OSIRIS-REx mission, told DW. 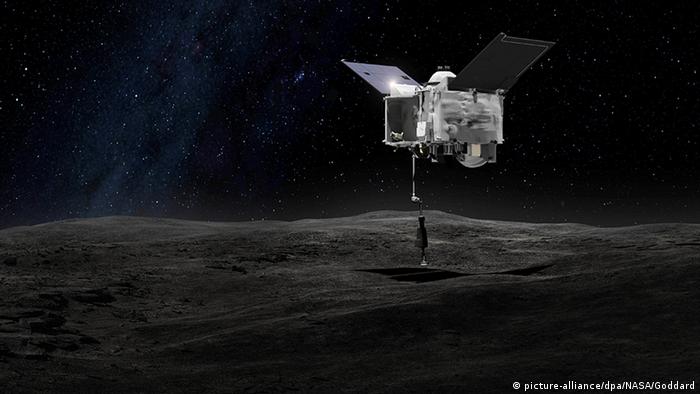 The probe is equipped with a robotic arm that will make contact with the surface of the asteroid for approximately five seconds.

The plan is to shoot liquid nitrogen into the rock, breaking it up and collecting samples it in a container. The probe will have three attempts.

101955 Bennu is larger than the Empire State Building — and it could be heading straight for us.

Every six years, Bennu hurtles closer to the Earth than our own moon. And it could come closer still. Scientists fear a possible collision with our planet late in the 22nd century.

The OSIRIS-REx space mission is trying to getting a better grasp of the risk and how it might be averted. 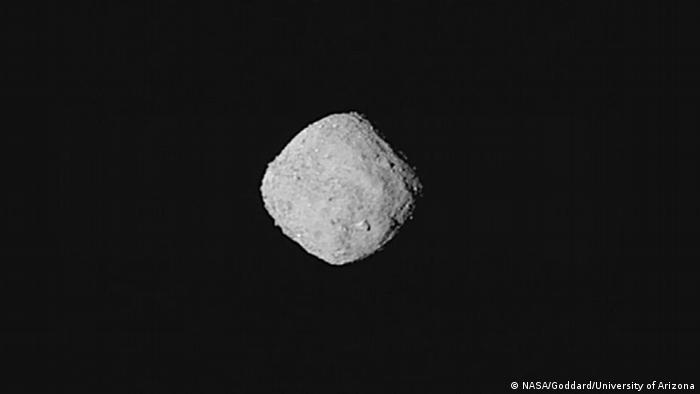 "If it really comes close to the Earth and we have to remove it before it hits our planet, we need to know as much about it as possible," Michaelis said.  "This can help us predict how to remove such a body away from its original orbit."

Read more: How can we protect Earth from an asteroid strike?

One option would be to hit the asteroid with a missile, nudging it into just enough of a change to its orbit around the sun to avoid our planet.

We don't yet know if Bennu poses a threat to Earth. But that's not the only reason scientists want to study the asteroid.

They are curious as to what it's made of, and the mission's primary goal is to collect samples from the asteroid's surface.

"Everything was mixed up during the formation of our planet, but these bodies are building blocks of our Earth and other planets," Michaelis said. "We would like to know what these 'raw materials' are in order to understand the whole process of planet formation and planet development."

Read more: 7 facts about NASA's 7-year OSIRIS-REx mission to the asteroid Bennu and back

Scientists think Bennu stands out from millions of other similar bodies in its composition: As a primitive asteroid, largely made up of carbon, it has not changed significantly over the past 4 billion years, they believe. 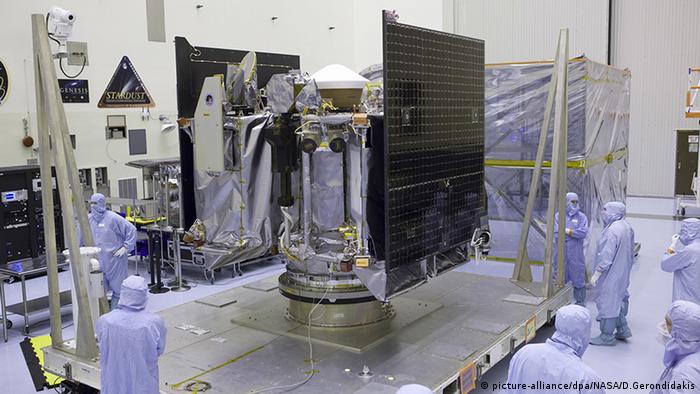 The spacecraft is equipped with five instruments, including spectrometers and a laser altimeter to investigate the asteroid

Both Bennu and OSIRIS take their names from Egyptian mythology.

A third-grade student from North Carolina in the United States won a "Name That Asteroid!" competition with the name Bennu, an Egyptian mythological bird and symbol of rebirth.

Scientists have long been interested in the composition of asteroids. The first space probes were orbiting missions. Then in 2010, the Japanese probe Hayabusa  brought home the first samples from the near-Earth asteroid Itokawa. And its successor mission, Hayabusa 2, touched down on asteroid Ryugu on June 11, 2019.

This time, the scientists are aiming for a sample of between 60 grams and 2 kilograms (2 ounces-4.5 pounds) — considerably more than the 0.1 grams that Hayabusa 2 was designed to transport.

Named for the king of the underworld and god of the afterlife, the mission could even reach back into our own distant past to reveal something about the very beginnings of life.

Editor's note: This article has been recently updated for the upcoming landing of the space probe.

The Osiris-Rex will orbit Bennu and hopefully retrieve samples to bring back to Earth in 2023. The asteroid is one of the oldest that NASA has discovered and could hold clues about the origins of our solar system. (03.12.2018)

An American spacecraft, laden with European gear, will be the first to study the deep interior of Mars. InSight will give us a better understanding of how rocky, terrestrial planets like our own formed. (26.11.2018)

Dinosaurs are extinct because asteroid hit the wrong spot

The asteroid that wiped out dinosaurs should have had a very low chance of triggering mass extinction, scientists say. Had it struck most other spots on the Earth's surface, the world could have been a different place. (09.11.2017)

There and back again: 7 facts about NASA's 7-year OSIRIS-REx mission to the asteroid Bennu