Online videos showed what appeared to be major structural damage. The station is the centerpiece of a new multibillion-dollar high-speed rail project. 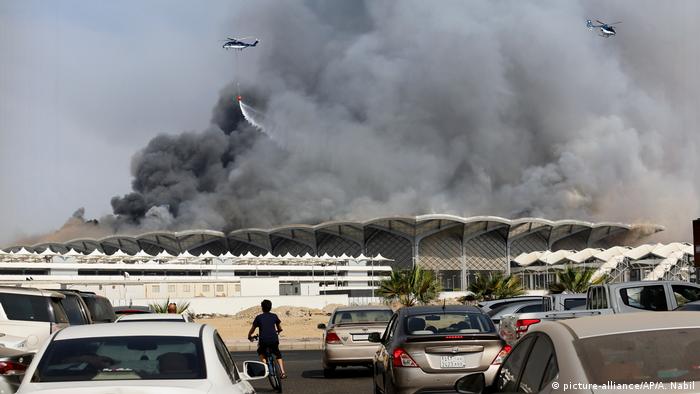 Videos posted on social media showed black plumes of smoke billowing out of the Haramain train station and helicopters flying over the scene. Online videos showed nearly a dozen people on the roof of the structure.

The fire department is currently fighting the blaze with air support, and has brought many sections of the blaze under control. Those injured have been taken to hospital, according to the official Twitter account of the Mecca region.

It stated that 16 medical teams were working at the scene and had treated another four injured at the site.

There was no immediate known cause of the fire.

The €6.7 billion ($7.3 billion) Haramain Railway was inaugurated last September to connect the Muslim holy cities of Mecca and Medina with the Red Sea city of Jeddah with electric trains traveling up to 300 kilometers per hour (186 miles per hour).

Officials described the 450-kilometer (280-mile) line as one of the most important transportation expansion projects in the kingdom's rail network and the biggest electric speed train project in the Middle East. 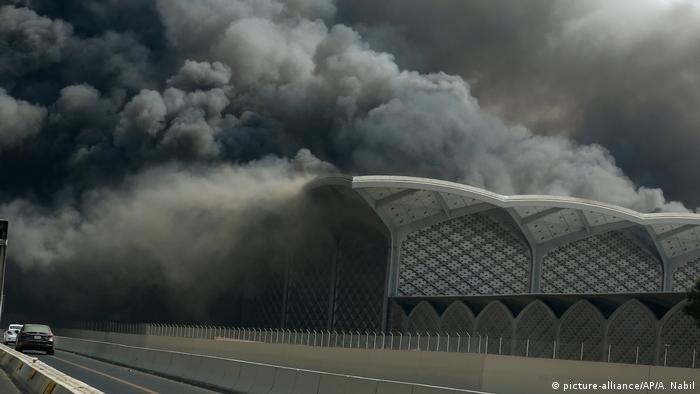 Firefighters could be seen battling the blaze and spraying water on the flames, also using a water-dropping helicopter

The US Secretary of State Mike Pompeo described attacks on Saudi oil facilities as an "act of war" by Iran. Tehran has denied a role in the attacks and said a military strike against Iran would end in "all-out war." (19.09.2019)

The longtime bodyguard of Saudi Arabia's King Salman was killed and seven others were wounded during an incident in Jeddah. (29.09.2019)

Iran-aligned Houthi rebels have claimed their largest operation yet, reportedly capturing "thousands" of Saudi troops in the border region. There has been no immediate confirmation from Saudi authorities. (29.09.2019)