The longtime bodyguard of Saudi Arabia's King Salman was killed and seven others were wounded during an incident in Jeddah. 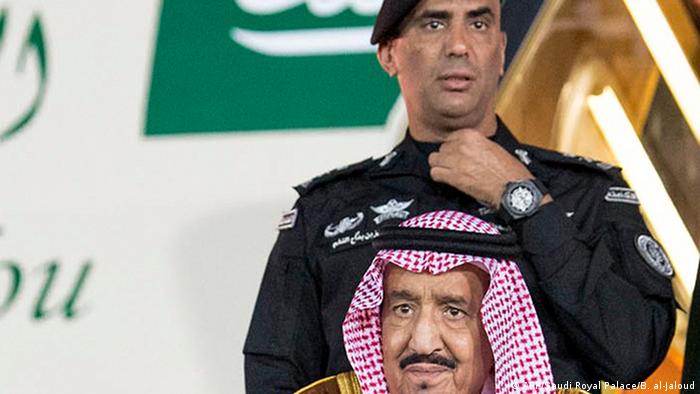 Major General Abdulaziz al-Fagham was killed in the Red Sea city of Jeddah, to where the government relocates in the summer.

"Fagham was visiting his friend at his home in Jeddah when acquaintance Mamdouh al-Ali entered the residence," police said in a statement carried by the official Saudi Press Agency (SPA).

"The conversation between Fagham and Ali escalated... Ali left the home, came back carrying a gun and fired at Fagham, injuring two others in the household, a Filipino worker and a brother of the house's owner."

The shooter was killed by police during a standoff that left five security force members wounded, the statement said.

Al-Fagham also served as the personal bodyguard of the late King Abdullah.

His death prompted an outpouring of condolences from Saudis on social media, who posted pictures of the bodyguard serving the kings.

cw/rc (AP, Reuters)Each evening at 1830 UTC, DW's editors send out a selection of the day's hard news and quality feature journalism. You can sign up to receive it directly here.

Saudi Arabia is finally opening its doors to foreign tourists as part of economic and social reforms. Skeptics don't see many wanting to visit an ultra-conservative country with a bad image in the West. (27.09.2019)

A top Sudanese general has said the country's ruling military council has foiled a coup attempt. General Jamal Omar in a statement broadcast on state television said 12 officers and four soldiers had been arrested. (11.07.2019)