Lacking power and heat, the Lipa Camp was set to close Wednesday. Residents are suspected of setting the fire as they vacated the facility. 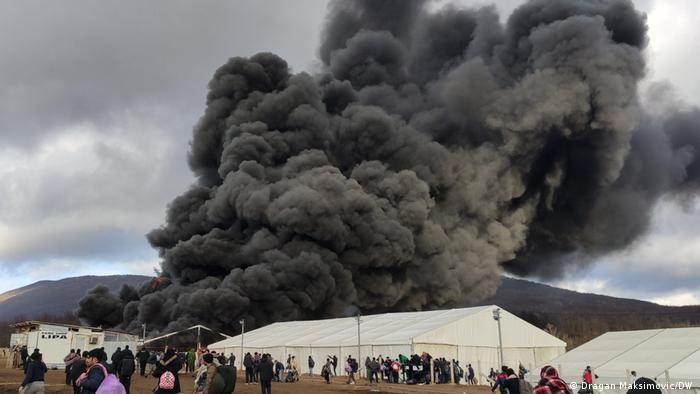 Wednesday's fire that engulfed the Lipa migrant center in northwestern Bosnia-Herzegovina was likely set by several migrants who were displeased with the scheduled closure of the camp, according to a United Nations official.

"As far as we know now, a group of former residents put three tents and containers on fire after most of the migrants had left the camp," Peter Van der Auweraert, head of the International Organization for Migrations (IOM) that is running the migrant camps in Bosnia-Herzegovina wrote on Twitter. "Luckily, no casualties to our knowledge at this point," he added.

The 1,200 person Lipa camp, located near the town of Bihac, was initially set up in April as a temporary solution, partially in response to the coronavirus outbreak. Lacking electricity and heating, it had been set to close on Wednesday.

Thus far Bosnian authorities have failed to find alternative accommodation for the camp's residents. They will be left to join between 1,500 and 2,000 others sleeping rough in cold weather or inside abandoned buildings within the area bordering European Union member, Croatia.

In total, some 10,000 migrants from Asia, the Middle East and North Africa have been stuck in Bosnia-Herzegovina, hoping to make their way into various EU countries. 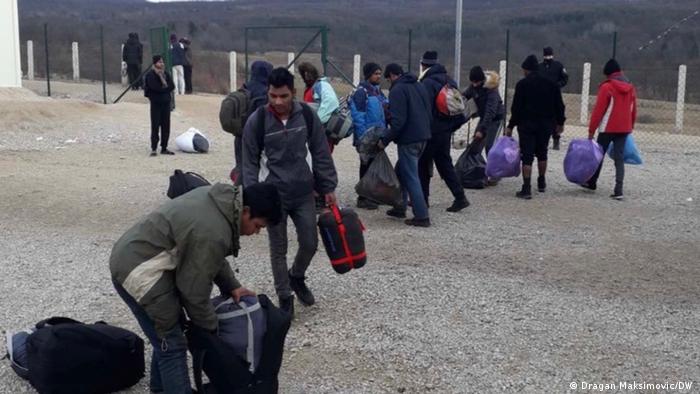 Divided into two feuding entities, Bosnia-Herzegovina is still recovering from the wider 1990s Yugoslav civil war. The Serb-run region has refused to accept any migrants, and authorities in the nation's northwestern region have complained they have been abandoned despite assistance from international organizations. Some migrants have also alleged violence at the hands of the nearby Croatian police.

Alarmed at the deteriorating situation, EU officials said authorities must "act with the utmost urgency to address the needs of all refugees and migrants without shelter and save lives."