Bosnian police emptied a migrant camp, evicting hundreds of residents in the latest crackdown on such facilities. They have been moved to a remote camp ill-equipped for winter conditions. 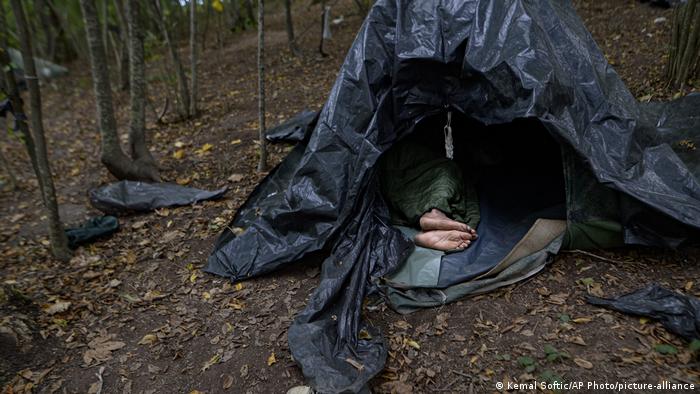 A migrant camp in the town of Bihac was emptied and shut down, with groups of mostly young men bused to a remote camp ill-equipped for winter conditions and already full to capacity.

He also posted a video of the migrants outside the remote camp in the village of Lipa, adding that some of them had started walking back to Bihac, a city near the Croatian border.

"All will sleep outside tonight, sadly, inhumanely and unnecessary," the UN official said. "This is how the start of a humanitarian crisis looks like."

The camp near the village of Lipa, some 20 kilometers from Bihac, was set up in April and may be forced to close soon, Auweraert told the Associated Press. "The camp is only for summer weather conditions," he said.

Bosnian officials defended the move, saying that they believed adequate care could be provided for the migrants.

"We are ready to provide technical assistance, we believe that there is enough space on Lipa and that an adequate camp can be built for two to three thousand migrants," Nermin Kljajic, a local government official was quoted as saying by Bosnian broadcaster BHRT.

"I think that these people can be provided with adequate conditions for their stay in the winter," he said.

Local authorities had long tried to close the Bira centre, one of the seven facilities run by the IOM in the country. They also plan to close a second camp with 700 residents in the coming days, but it is still unclear where they will be taken.

Read more: Refugees in Bosnia: Waiting for winter at the EU gates 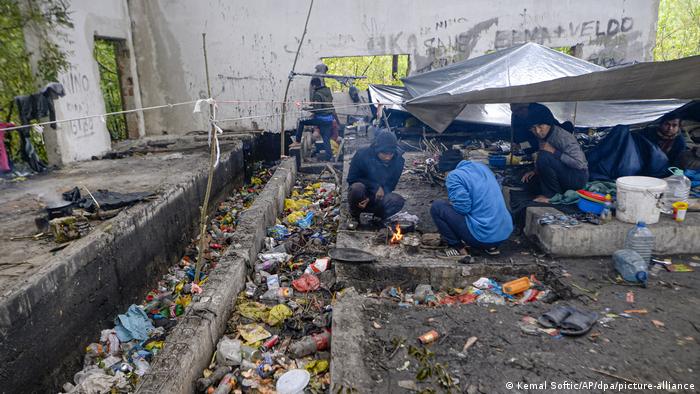 The five migrant centers in the Krajina region account for over half the reception capacity in Bosnia. Even before the latest crackdown, an estimated 2,500 people were sleeping in outdoors.

Many of migrants who have been turned away by authorities refusing to host large groups at reception centers are sheltering in forests near the Croatian border. They have been living in squalid conditions in a makeshift tent camp made of cardboard and tree branches.

Bosnia has become a bottleneck for thousands of migrants hoping to reach the European Union. Most of them are concentrated in  Sarajevo and Krajina as other regions in the ethnically divided country refuse to accept them.

The EU has provided Bosnia with €60 million ($70.3 million) to aid the country in managing the influx of migrants crossing its territory. Most of the fund is for IOM-run migrant camps.

A rights group has accused EU governments of "fueling a growing humanitarian crisis" on the bloc's border with Bosnia. Many of the migrants stuck there face dire living conditions.

Croatia has consistently denied illegally deporting refugees to neighboring Bosnia-Herzegovina. But in a recent TV interview, the Croatian president admitted border guards were forcing migrants back over the border.

Lacking power and heat, the Lipa Camp was set to close Wednesday. Residents are suspected of setting the fire as they vacated the facility.