Deadly fighting has broken out in the pro-Russian rebel-held city of Donetsk. It is the first serious violence since lawmakers in Kyiv voted to allow self-rule in Ukraine's restive east as part of a broader peace plan. 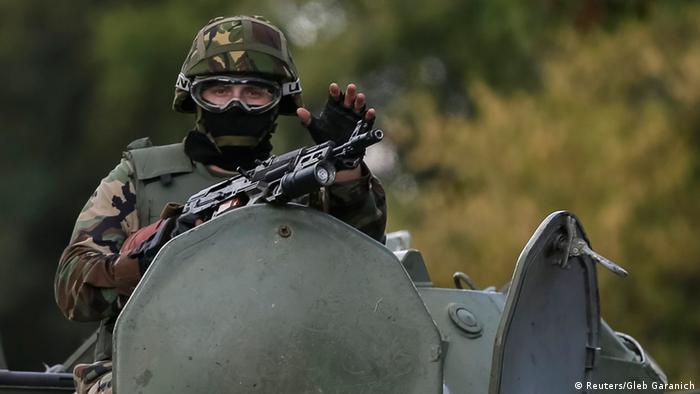 Donetsk city hall said Wednesday that two people had been killed and three injured fighting near the airport. Ukraine's military, meanwhile, said simply that several people had been "killed and wounded" in overnight skirmishes.

Recent violence in the region has focused on the airport since government forces seized control of the area following a major battle in May.

Wednesday's fighting comes just a day after Ukrainian parliament granted greater autonomy to the rebel-held areas in the east. The self-rule measure is part of a larger peace plan backed by Ukraine and Russia, which centered on truce that went into effect on September 5th.

"Russia will not give us peace so I am asking the defense minister for full battle readiness," Arseniy Yatsenyuk said.

The peace plan agreed to by President Petro Poroshenko did not mean "relaxing the work of the defense and interior ministries," Yatsenyuk added. "Full readiness [is required]. We can't believe anyone, especially the Russians."

Poroshenko has said the peace plan and self-rule legislation meant Ukraine was "now approaching a point at which people stop dying in the east and finally … have the chance to elect their own leaders."

"And we will have to come to an understanding with these leaders, bringing people peace, calm and harmony," he said.

Andrei Purgin, the deputy prime minister of the self-proclaimed Donetsk People's Republic, has described the autonomy legislation as a "positive signal because it marks Kyiv's return to reality."

Nearly 2,900 people have been killed and 600,000 more forced to flee their homes in five months of fighting between pro-Russian separatists and Ukrainian military forces, according to United Nations figures.