Bundesliga club Schalke have reiterated their zero-tolerance approach to sexual harassment after a woman complained of abuse at the game against Nuremberg. The fan has filed a complaint with the police. 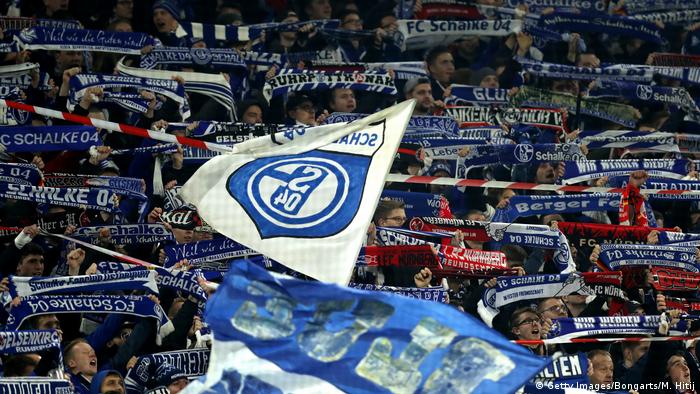 A football supporter has filed a complaint with police in the western German city of Gelsenkirchen, claiming she was sexually harassed at the recent Bundesliga game between Schalke and Nuremberg.

The woman claims a male supporter repeatedly harassed her, touching and slapping her behind and attempting to open her bra during the match at the Veltins Arena on Saturday.

When she reported this behavior to stewards, she was allegedly told to stay at home and watch on television if she couldn't handle it.

"The woman has pressed charges and we are investigating thoroughly," a police spokeswoman told news agency DPA, adding that the actions of the steward are also being reviewed.

A Schalke spokeswoman said the club was also looking into the matter. "We are taking this very seriously and we are in the process of establishing a full picture of what happened," she told DPA.

Fifty-two female sports journalists launched a campaign to gather reports of aggressive incidents, harassment and prejudice they have suffered both in newsrooms and on the pitch. The movement is already gaining traction. (28.03.2018)

Former US goalkeeper Hope Solo has said ex-FIFA boss Sepp Blatter groped her backside during the 2013 Ballon d'Or ceremony. Sexual harassment wasn't just a problem in Hollywood but in women's football as well, she said. (11.11.2017)