The Melbourne lockdown will initially last five days but the tennis will go on without spectators. Meanwhile, Fernando Alonso has been involved in a road accident while cycling ahead of his return to Formula 1. Two-time Formula 1 world champion Fernando Alonso has been injured in a cycling accident in Switzerland.

His new F1 team, Alpine, confirmed that the driver, who took time out to compete in the Indianapolis 500 and 24 Hours of Le Mans races, was concious after the incident.

"Alpine F1 Team can confirm that Fernando Alonso has been involved in a road accident while cycling in Switzerland," they said. "Fernando is conscious and well in himself and is awaiting further medical examinations tomorrow [Friday] morning."

The 39-year-old is due to make his comeback after three years out at the season-opening Bahrain Grand Prix on March 28.

Fans to be locked out of Australian Open

Spectators will no longer have access to the Australian Open from Saturday because of a five-day lockdown in Melbourne following an outbreak of a variant of the coronavirus.

So far 30,000 fans have been allowed in each day. The outbreak followed a positive test for a quarantine worker at a Melbourne hotel but officials have stressed that this was not a hotel housing tennis players.

Fans may be allowed back into the tennis from Thursday if authorities deem the "circuit breaker" to have worked.

The positive test also means he'll miss Bayern's Bundesliga fixture with Arminia Bielefeld on Monday. It is not yet entirely clear how Müller will travel back from Qatar to Germany, though Bayern said he will "immediately go into quarantine" on his return to Munich and added there were no further positive tests.

The players were tested on arrival and 48 hours before each match. Tests are also mandatory before any return flight. This was the case with Jerome Boateng, who left on Wednesday for personal reasons.

Though the others were significantly earlier, Müller is now the sixth Bayern player to return a positive test after Serge Gnabry, Niklas Süle, Joshua Zirkzee (now on loan at Parma) and, more recently, Javi Martinez and Leon Goretzka.

The NBA has told its basketball teams that they must play the US national anthem after the Dallas Mavericks had dropped the tradition.

Players have not been forced to stand for the anthem given the "Take a Knee" protest movement for civil rights. The Mavericks went further and stopped playing the anthem, which largely went unnoticed with no fans in their arena. But a limited number of supporters were allowed in on Monday  and the lack of anthem alarmed the NBA. 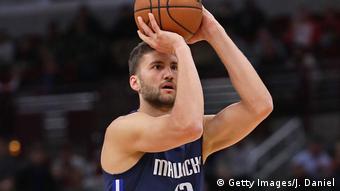 "With NBA teams now in the process of welcoming fans back into their arenas, all teams will play the national anthem in keeping with longstanding league policy," an NBA statement said.

"We respect and always have respected the passion people have for the anthem and our country. But we also loudly hear the voices of those who feel that the anthem does not represent them. We feel that their voices need to be respected and heard, because they have not been," he said.

Defending women's champion Sofia Kenin has been knocked out in Melbourne, losing 6-3 6-2 to Estonia's Kaia Kanepi.

The American fourth seed, 22, said the expectations of being the titleholder had weighed on her in the second-round clash.

"I know I couldn't really handle the pressure. I'm not used to this, so right now I just got to figure out how to play at that level that I played at," she told reporters.

The Serbian struggled at times in Melbourne as he targets a third straight title there and ninth overall.

Austria's Dominic Thiem also won through but former champion Stan Wawrinka of Switzerland is out.

Among the women, Serena Williams continued her pursuit of a record-equalling 24th Grand Slam singles title with a 6-3 6-0 stroll over Nina Stojanovic.

Her sister Venus Williams though bowed out largely due to injury with Petra Kvitova and Bianca Andreescu also exiting on the hottest day of the two-week tournament so far.

Germany's Kerber the big loser on Aussie Open day one

Former champion Angelique Kerber crashed out in the first round of the Australian Open, losing 6-0, 6-4 to Bernarda Pera. Kerber, the 23rd seed, was one of 72 players who had to endure two weeks of full quarantine in her hotel room prior to the tournament after positive coronavirus tests on her flight to Australia.

"You feel it, especially if you play a real match where it counts and you play against an opponent who doesn't stay in the hard lockdown," she said.

There were few other shocks, with Germany's Alexander Zverev, defending men's champion Novak Djokovic and women's star Serena Williams safely through. Zverev did manage to smash his racket to pieces, though, in one bout of frustration.

Crowds for the first day of the two-week event were thin in the morning session with tennis fans and authorities wary of the pandemic, but attendance picked up slightly for the evening session, still nowhere near levels from previous years.

Formula One champion Lewis Hamilton has finally agreed a new deal at Mercedes as expected — but it is only for one year.

The German car giant always expected to agree a contract extension with Britain's seven-time world champion before the season begins in March. The coronavirus pandemic and his wish to have Mercedes play more of a role in offering diversity in motor sports meant that talks had dragged on.

The fact that he has only agreed to a one-year extension at present has raised some eyebrows. The 36-year-old needs one more title to beat German Michael Schumacher's record of seven.

"We look forward to building on our success even further, while continuously looking to improve, both on and off the track," Hamilton said in a Mercedes statement.

"I'm proud to say we are taking that effort further this year by launching a foundation dedicated to diversity and inclusion in the sport."

Chelsea's Germany international defender, Antonio Rüdiger, says he has been the victim of "immense" racist abuse on social media in the wake of the sacking of former Blues coach Frank Lampard.

Rüdiger has dismissed reports that he was involved in encouraging the Chelsea hierarchy to dismiss Lampard as "nonsense" — but he says he has been targeted online nevertheless.

"I cannot control people's emotions, but people should be human beings," he said in a statement published on Chelsea's official website. "Me, I didn't post anything, but the racial abuse was immense. This makes me stronger because I know who I am; I can look in the mirror and I can smile."

Rüdiger, now playing under his compatriot Thomas Tuchel, took aim at social media companies for their lack of action in tackling racism on their platforms.

"I think they don't really care because, as you know, money has power so the rest doesn't matter," he said in his statement. "It's hard to tell if people will make a change on that."

Battle of the Borussias in German Cup

A lower league side will reach the German Cup semifinals, following Sunday's quarterfinal draw. With Borussia Dortmund and Borussia Mönchengladbach and Wolfsburg and RB Leipzig clashing, the rest of the draw is made up of two sides from the 2. Bundesliga, regional league side Rot Weiss Essen and midtable topflight outfit Werder Bremen.