There was an escalation in the fan protests against Hoffenheim benefactor Dietmar Hopp. German fan expert Michael Gabriel spoke to DW about the conflict between the fans and the German football establishment. 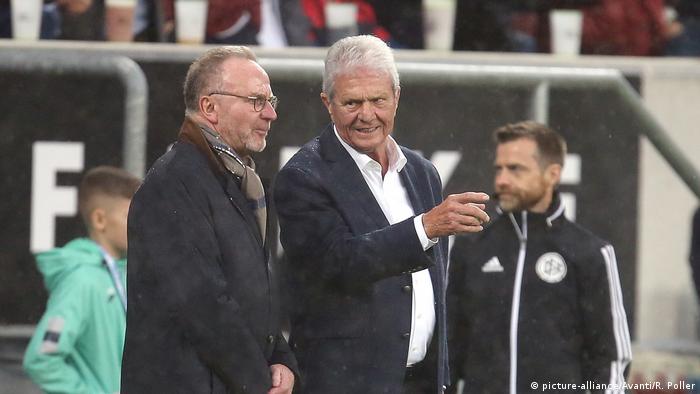 DW: Michael Gabriel, were you surprised by the protests and banners targeting Dietmar Hopp last weekend?

Michael Gabriel: No, I was not surprised. As the KOS [Coordination Office for Fan Projects] we are something of an umbrella organization for all fan projects in Germany. The social workers are in close contact with the fan groups. This gives us a very good insight on what's being discussed and how football supporters can be expected to react. After the DFB (German FA) prohibited all Dortmund fans from attending the next two away games in Hoffenheim and thus, in the opinion of the fan scene, broke the promise made by the DFB that there would be no more collective punishments, this was to be expected. This has been one of the central issues for the fans in recent years.

What about the severity of the protests?

For those who are in the know, this was not surprising either. Not to excuse it, but the explanation is simple: Fan groups have learned from experience that they tend to be ignored when they display banners or protest only using rational arguments. The more extreme they are, the more attention they get.

The argument is often made that the protests aren't really against Hopp personally, but that they see him as synonymous with the ongoing commercialization of professional football. From your experience, would you agree?

Nobody from the fan scene knows Dietmar Hopp personally. And there are also a number of statements from fan groups that show that it is actually not about Hopp. Many also appreciate Hopp's commitment to his region. The criticism is directed against the Hoffenheim model, which is very closely associated with Hopp's patronage. But it is quite clear that even a Dietmar Hopp shouldn't have to put up with being insulted like this for many years. This is counterproductive. 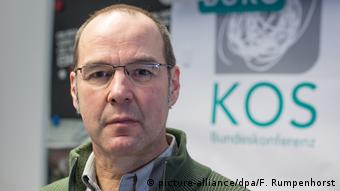 Do fan groups also exist, who believe that these protests have crossed a line?

The fan scene is very complex. I'm sure you'll find many people for whom this went too far. There will be people who are more reserved. But there will also be people who would go a step further. I really don't think it's out of the question for a game to be called off, that this spiral of escalation could go even further. This would cause massive damage not only to football, but also to fan culture.

The fan groups have gained a lot of attention with their actions. Do you think the protests will continue?

I would like to see all those involved take a step back and consider how we can shift the focus back onto the interests that both sides have in common.  If the conflict further escalates, it will lead both sides down a dead-end street.

The clubs are reacting unusually harshly to these protests. Schalke have said that they plan to abandon the three-step solution and walk off the pitch at the first insults that come from the stands. Is this the right way to go?

Certainly not. Communication between the clubs and the fan groups has clearly gained stability, including at Schalke.  A course of action like this cuts off the channels of communication and fails to take advantage of the possibilities that exist. I would call on people to try to win over the other side through dialogue. The vast majority of clubs are in contact with the so-called hard core. This is also a better way to go in the long term.

Last weekend's escalation occurred despite the apparently good channels of communication that have been established between the two sides in recent years. Were these efforts in vain?

You can't ignore what the motivation behind the fans' protests was. The subject of collective punishment is extremely important and an extremely touchy issue within the fan scene. But it's also a topic that offers an opportunity to bring the two sides back to the table. If it's just about another testing of wills, then everybody loses.

In your opinion, are the fans being treated unfairly when it comes to collective punishments?

That feeling is widespread, at least. Take the example of when Eintracht Frankfurt's fans were not allowed to travel to Liege and to London in international competition (Europa League, 2018-19). This was all about perhaps around 40 people who screwed up. This was the reason why 10,000 fans were not allowed to go to those games. If we find ourselves in a situation in which everyone feels - and rightly so in this case - that they are innocent victims, then the willingness to react to misconduct perpetrated by members of your own group naturally decreases.

Do you see any chance of resolving the existing conflicts?

I believe that we have a great number of responsible people on both sides who want to protect both football and fan culture. This is one of the reasons why football has developed so well. And I believe that we can still find a way out of this impasse. But first of all, spiral of escalation must be halted.

Michael Gabriel, born in 1963, is a sports scientist with additional training in social work. Since 2006 he has headed the Coordination Office Fan Projects (KOS) in Frankfurt. The KOS, which is financed in equal parts by the German Ministry for Family Affairs, the DFB and the DFL (German Football League), coordinates the work of the fan projects in Germany, which are active in the field of social education.

Opinion: Solidarity against abuse is right but must apply to all

Bayern Munich and Hoffenheim's decision to protest because of insults on banners was the right decision, and a big moment in Germany. Nevertheless, why has such protest not accompanied racism? (29.02.2020)

Representatives from Bayern Munich's fan and ultra groups have criticized the public outcry that followed their protests against Dietmar Hopp, while also reflecting on the language used in some of the banners. (01.03.2020)