An alert about an "incident" at a nuclear power station near Toronto was sent out to millions of people by mistake. The provincial government in Ontario has apologized and announced a "full investigation." 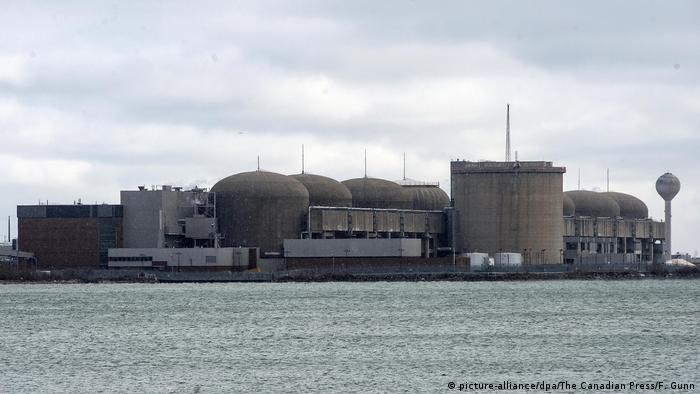 Residents across the Canadian province of Ontario woke up Sunday morning to an emergency message on their mobile phones warning of an "incident" at a massive nuclear plant east of Toronto.

About an hour later, they got another message, saying the alert had been a false alarm.

"There is NO active nuclear situation taking place at the Pickering Nuclear Generating Station," the Ontario Power Generation company said. "The previous alert was issued in error. There is no danger to the public or environment."

Ontario Solicitor-General Sylvia Jones said in a statement that the alert was accidentally issued "during a routine training exercise."

"The government of Ontario sincerely apologizes for raising public concern and has begun a full investigation to determine how this error happened," she said.

The initial alert reported an incident at the Pickering power plant, located on the shores of Lake Ontario, but said people nearby do not need to "take any protective actions at this time."

"There has been NO abnormal release of radioactivity from the station and emergency staff are responding to the situation," she added.

The mistake sparked a fierce reaction from local mayors, who said the emergency message caused unnecessary stress to residents. Ontario, Canada's most populous province, is home to about 14 million people.

"Like many of you, I was very troubled to have received that emergency alert this morning," Dave Ryan, the mayor of Pickering, wrote on Twitter. "While I am relieved that there was no actual emergency, I am upset that an error such as this occurred. I have spoken to the Province, and am demanding that a full investigation take place."

Toronto Mayor John Tory also called for an inquiry, saying, "There are far too many unanswered questions."

The plant in Pickering, one of the world's largest nuclear power stations, came online in 1971 and is due to be decommissioned in 2028. According to Ontario Power, it generates 14% of the province's electricity.

A training drill was also given as the reason behind a similar blunder in the US state of Hawaii. In January 2018, authorities there issued a false alert about an incoming ballistic missile, temporarily sparking panic on the archipelago.

The Philippsburg power station is one of the only plants still operating in the southern state of Baden-Württemberg. Germany has vowed to start decommissioning every nuclear power facility by the end of 2022. (31.12.2019)

It took the public broadcaster 10 minutes to correct the error. The false missile warning in Japan comes days after a similar incident in Hawaii sent residents scrambling for cover. (16.01.2018)