It took the public broadcaster 10 minutes to correct the error. The false missile warning in Japan comes days after a similar incident in Hawaii sent residents scrambling for cover. 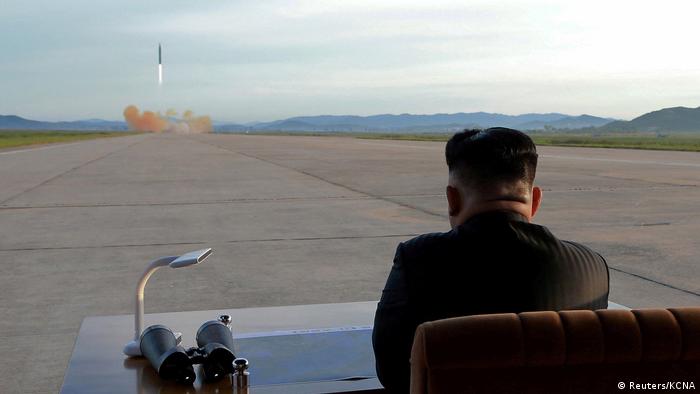 Japan's public broadcaster NHK on Tuesday mistakenly warned the public of a North Korean missile launch and urged them to take cover.

The false warning stating that "North Korea appears to have launched a missile" was issued on its website and mobile app, and was also shared on Twitter.

Around 10 minutes later NHK said it "deeply apologizes" for the erroneous warning.

The false alarm came two days after a similar incident in Hawaii, where the state's emergency management agency sent the island's residents a mobile phone warning about an incoming ballistic missile.

The error was corrected about 38 minutes later, but not before sending panicked residents running for cover.

Concerns over N. Korea's unpredictable regime and China's expansionist policies have forced Japan to seek reinterpretation of parts of the constitution that ban the nation from having an offensive military capability. (01.01.2018)

Journalist Luca Faccio is among the few Western travelers who know North Korea from within. Having made several trips to the isolated country, he has been able to build relationships with people there. (23.11.2017)

South and North Korea have agreed that Pyongyang will send a 140-strong orchestra to perform at next month's Winter Olympics. The agreement has come as the two sides continue to hold rare working-level talks. (15.01.2018)