Nuclear physicist Mohsen Fakhrizadeh was one of the best-protected people in Iran. His assassination has cast a damming light over the country's security apparatus. 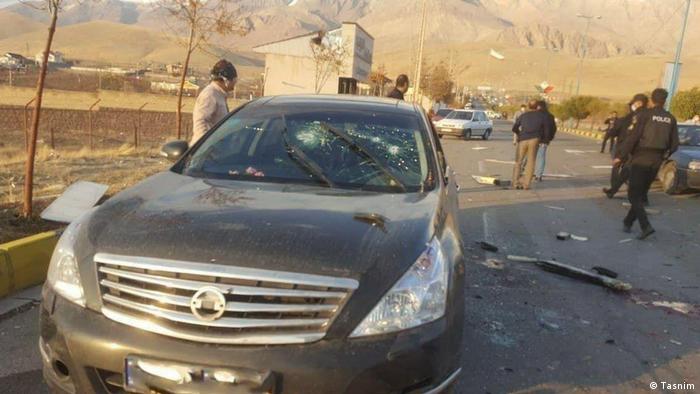 The outrage on Iranian social media after the death of Mohsen Fakhrizadeh  has been palpable. Countless tweets and comments posted by Iranians have disparaged the country's intelligence services and security apparatus for repressing students, women's rights activists, journalists and dissidents while failing to "prevent the assassination of the country's top nuclear scientist."

Fakhrizadeh was killed on Friday in the outskirts of Tehran as attackers shot at his car, before detonating an explosive-laden pickup truck just meters away. The incident marks the third massive failure by the Islamic Republic's security apparatus — which regularly boasts of having everything in the country under control — in less than a year.

Up until Friday, it was nearly impossible to even find a picture of Fakhrizadeh online. Widely thought to have been the father of Iran's military nuclear program, he was one of the most well-protected people in the country.

Fakhrizadeh survived a similar assassination attempt in 2008, when motorcycle-riding attackers attached an explosive device to his car. He was able to jump to safety just before the vehicle exploded.

Fakhrizadeh, who specialized in missile production, was revealed to be a key figure in Iran's nuclear program in 2018 when Israeli Prime Minister Benjamin Netanyahu presented top-secret information stolen by Israeli Mossad agents. 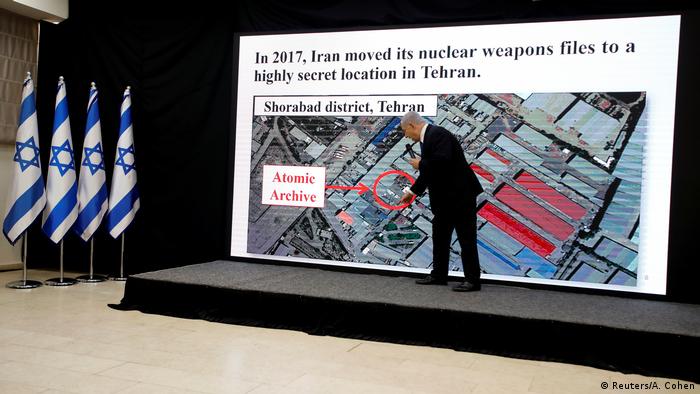 Mossad agents in Tehran were able to steal some 55,000 pages of top-secret intelligence documents during the 2018 operation. The agents are believed to have used special cutting torches to open several safes in a storage facility to attain the documents. There is no way they could have known where to find the documents without inside help.

The Mossad operation in Tehran was a humiliation for Iran's security apparatus, especially for those with the Islamic Revolutionary Guard, a branch of the Iranian armed forces. The Guard, which is responsible for military protection of Iran's nuclear program, only recruits from within its ranks.

The 63-year-old Fakhrizadeh was a member of the Guard, which he joined as a youth, and was under its protection — just like General Qassem Soleimani, the commander of the elite Quds Force. Soleimani died in a targeted US military attack in January, also while under Guard protection.

The Iranian Justice Department blamed a Quds translator in Syria for betraying Soleimani's whereabouts to agents with Mossad and the CIA. According to a spokesperson, Mahmoud Mousavi Majd, who was executed in July, "infiltrated many sensitive areas under the cover of being a translator" and passed information along to Israel and the US in return for large sums of cash.

The fact that Majd was officially arrested in October 2018 begs the question of how he was able to attain and pass on information as to Soleimani's whereabouts from his jail cell. Iran's Justice Department and the Revolutionary Guard's intelligence services have never provided an answer to that question.

In July, an explosion at Iran's Natanz nuclear facility caused serious damage at the site and halted progress on uranium enrichment centrifuges. "The explosion at Natanz nuclear facility was the result of sabotage operations, security authorities will reveal in due time the reason behind the blast," said Behrouz Kamalvandi, a spokesman for the Atomic Energy Organization of Iran, on state TV in August. Those responsible for the attack remain unknown to this day.

Read more: Is Germany liable in US drone killing of Iran's Soleimani?

"Just like you did after the killing of General Soleimani, when you attacked an abandoned US military base but at the same time shot down a passenger jet full of innocent people," wrote one user on Twitter, referring to the downing of a Ukrainian passenger jet flying over Iranian airspace in January, which killed 176 people.

Commenting on Twitter, Mehdi Mahdavi Azad, an Iranian journalist living in exile in Germany, summed up the online reaction: "Details on the nuclear program were stolen, well-protected individuals were assassinated and nuclear facilities were sabotaged. And the most security forces can do is arrest and repress journalists."

How Trump's policies will mark a generation