New research into the consumption of "fake news" has found little evidence that it swayed the US presidential election. According to the study, Facebook is mostly responsible for the dissemination of false coverage. 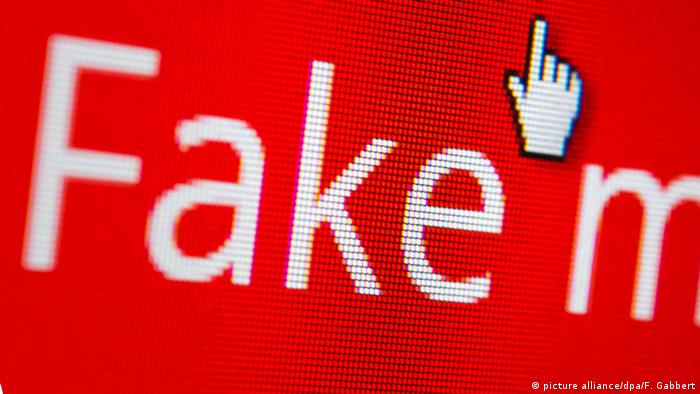 A new US study has found that while so-called "fake news" may have had a far reach during the country's 2016 presidential election, but that its impact was relatively shallow.

The study,  published on Wednesday as a collaboration between Princeton, Dartmouth and the University of Exeter, also maintains that some 60 percent of visits to "fake news" sites came from a core group of ultra-conservative media consumers and were not widely seen by a vast swath of the electorate.

As the researchers point out, although the "new form of political misinformation features prominently in journalistic accounts" of the election, "little is known scientifically about the consumption of fake news, including who read it."

The study used survey data combined with web traffic histories and found that worries about "echo chambers" — in which an individual only encounters information congenial to their political views — appeared somewhat overblown.

"Only a subset of Americans have heavily skewed media consumption patterns," according to the study, with the majority of fake news consumers falling under the umbrella of "the ten percent of people with the most conservative media diets."

Although about 27 percent of the voting age population — some 65 million people — saw at least fake news article in the run-up to the election, "relatively few Americans are deeply interested in these extreme forms of misinformation."

The fake news coverage was, however, itself incredibly skewed in one direction: "Trump supporters visited the most fake news websites, which were overwhelmingly pro-Trump."

The researchers found that 80 percent of all fake election stories were heavily in favor of then-candidate Donald Trump. About 40 percent of Trump voters were exposed to false news content about their candidate, compared to just 15 percent of people who voted for his rival Hillary Clinton.

The study also found that Facebook is perhaps the worst culprit behind the spread of fake news and that its "fact-checks of fake news almost never reached its consumers."

There is a "dramatic association between Facebook usage and fake news website visits," according to the research, much higher than other portals such as Google or Twitter. Indeed, a visit to Facebook preceded viewing on a fake news article about 22.1 percent of the time, compared to just 1.9 percent for Google and even less for Twitter. The research suggested that Facebook's attempts at fact-checking or correcting false information were woefully lacking.

The study found little reason to believe that fake news had played a role in swaying the 2016 election. But it did caution news consumers to remain vigilant: "dubious and inflammatory content can still undermine the quality of public debate, promote misperceptions, foster greater hostility toward political opponents, and corrode trust in government and journalism."

Fears of fake news overshadowed its effect — in Germany

Although fake news stories did not make an impact on Germany's election the hype — and fear — of them left an impression. One that many Germans are having a hard time getting out of their heads. (27.10.2017)

The new US ambassador to the Netherlands has blatantly lied about his own anti-Islamic rhetoric, and then lied about lying. His cries of "fake news" left a Dutch interviewer scratching his head. (23.12.2017)